The international memorial day of Raoul Wallenberg has been held today across the world. The Swedish diplomat, who rescued thousands of Hungarian Jews from deportation during World War II was disappeared on 17 January 1945, on his way from Budapest to the eastern city of Debrecen. 5th of October was declared an international memory day by U.S. President George Bush in 1989. 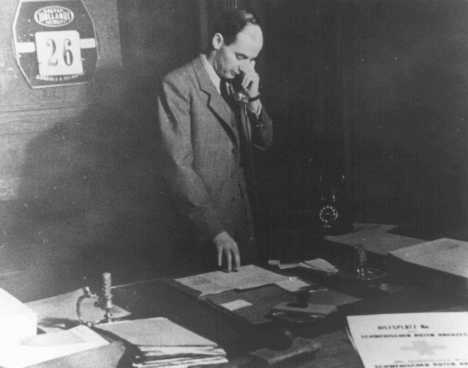 Raoul Wallenberg’s efforts made during World War II are well known around the world. According to estimates he succeed in saving directly or indirectly 100.000 Jewish people. Arriving to Budapest his first task was to create a Swedish protective pass, to reach his goal of rescuing as many Hungarian Jewish people as possible from deportation. Furthermore, he established approximately 30 so-called Swedish houses. This was destined to give shelter to those Jewish people, who sought refuge. Swedish flags were placed in front of the door and Raoul declared the houses Swedish territory.

Unfortunately, Raoul Wallenberg never returned to Sweden. In the early hours on the morning of the 17th, January, 1945, he visited a Swedish hospital and expressed that „I am happy that my mission has not been in vain”. Shortly after this statement the appearing soldiers captured him. Up until now, his whereabouts after World War II are unknown. He is believed to have been abducted by Soviet troops and evidence suggests that he died in prison in the Soviet Union two years later.