Hungary’s national consultation on the internet started on Tuesday with the launch of www.internetkon. hu, the government commissioner in charge of the action said. Tamás Deutsch told a news conference that the basic question was “what will be the future of the Hungarian internet.” Giving a response will not be down solely to professionals or the heads of companies affected; or indeed politicians, he said.

Tamás Deutsch said that until March 26 every Hungarian over the age of 14 can raise questions on the dedicated website. A 15-20 point questionnaire will be prepared in a month, ready to be filled in between the start of May and the end of June, he added. Deutsch added that Hungary’s 7.5 million internet users would be able to participate, though the government would also try to reach those citizens who have yet to hook up to the world wide web. He said among the most important opinions would be those of young people.

Last November, following a massive demonstration over a planned internet tax, Deutsch said the national consultation on the internet would concern how to maximise freedom for net users and ensure the widest and cheapest access. He said the consultation would not be about an internet tax because “there won’t be one”. 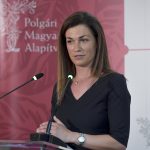