The speech of Viktor Orbán in Tusnádfürdő in Romania (Băile Tușnad) caused great controversies both home and abroad. Many criticsed the Prime Minister’s speech, hailing it an attack against democratic values. In this week’s Blog section we take a look at two reactions to Orbán’s speech.

First we take a look at an opinion piece by Sámuel Ágoston Mráz, a political analyst of Nézőpont, titled “The Tusványos Speech of Obama“:

Recently the US President fretted about his own political system, in the New York Times.

I know, it is “customary” to be outraged about the Prime Minister’s Tusnad speech in cultural circles. Unfortunately it seems the obligatory head shakes caused concussions, preventing otherwise thinking and analyzing people to deal with the speech’s real content.

I am not writing this because I agree with all aspects of Viktor Orbán’s speech. In a Hír TV program I had the opportunity to already express my opinion, that to express the Prime Minister’s vision, instead of using the phrase “illiberal state”, it would have been more apt to use “postliberal state”. At first the difference may seem minuscule. However, for the international public the first means a certain lack of democracy (regardless of what Orván meant), while the postliberal adjective does a much better job expressing the intent: an integration of existing values followed by development and paradigm shift.

The changes quoted by Viktor Orbán are undeniable. Today is – and especially tomorrow will be – different on the West. They know this in the USA, made obvious by the constant, daily decline of their world leader title. And when those who govern are usually disturbed, when they cannot govern. Or at least this is what happened, when the US President fretted about his own political system in the New York Times – the paper which called on the EU to stop funds of Hungary because of the Tusnad speech. Obama called the US system “dysfunctional” […] making it impossible for his nation to “face challanges”. This was Obama’s Tusvány speech. It is hard to deny, the Hungarian Prime Minister spoke about the same thing – although, despite his own dysfunctional system he does have a two-thirds majority for the second time .

According to Orbán, “in the worldwide competition for creating the most competitive state, it is expected from Hungarians and their leaders that they find, develop, and forge the new Hungarian state organization, which […] will once again make the Hungarian communities competitive, and those unfinished jobs, commitments not kept, that I listed are to be done and respected.” Although there are differences in the two worldviews, Obama named Indonesia and Chile as positive examples, while Orbán named the emerging powers of the world. […] This is, however, often misinterpreted. Orbán wants no Chinese, and Obama wants no Indonesian way of life in their respective countries. But probably both of them could find countries in the world, where something works, and that something is worth to study and replicate. There is, however, a grave difference in copying and studying. Those, who think in a sovereign nation state, will not copy another state. For unquestioned copying another worldview, attitude and values are needed.

The reactions of Tamás Fricz to the Tusnad speech of Viktor Orbán, titled “Instead of illiberal, community based and national democracy “:

When looking at the full text of the Tusnad speech by Viktor Orbán, it is fully evident that he is not talking about removing classical values of liberalism- based on the respect for human rights and freedom – from democracy. Rather he sees the modern age version of liberalism, which is preaching market fundamentalism and the absolutism of individual rights as a dead-end. And with good reason.

But facts do not matter: in some western areas, with notable exceptions they willfully misinterpret the speech, including the most influential US and western-European outlets. These are sadly but predictably joined by Romanian and Slovakian and even some Polish newspaper articles. It would be a waste of space to list all the authors and papers – in my last article I dealt with the absurdly hostile New York Times editorial – but one thing was all but certain. And that was : Charles Gati an Orbán-hating political scientist from America will also raise his voice to continue his incitement against the Orbán government.

Gati once again has “many good ideas” about toppling the two-thirds parliamentary majority government, with aggressive actions, with the help of force from abroad and in an anti-democratic way. Congratulations Mr. Gati. You are something else : starting from having a background as an experienced American political scientist and arriving at anti-democratic ideas and suggestions.

But let’s deal with the main point: Did Viktor Orbán make a mistake when he – bravely – spoke about an illiberal democracy as a political goal?

I want to repeat one more time: based on the full text of the Tusnad speech, the answer is no. No, because he wasn’t arguing against the rule of law, individual rights and freedoms, he wasn’t arguing against principles of classical liberalism. Rather the opposite! In his speech he made clear the high value of these principles and that they should always be held in high regard. This is where so many manipulate and distort what Orbán meant, because they do not want to notice these sentences in the speech – on purpose. From Charles Gati to Peter Morvay who wrote an article against Orbán in Sme.

Orbán argues against the neoliberalism of the 21st century and states that this modern form of liberalism could not give any answers to current problems during the past few years. Answers that are needed for a national community to become viable, efficient and successful.

So Orban fully acknowledges that liberalism had a very significant historical contribution in the area of individual interests and individual rights.

But he also claims that liberalism has no genuine message about the community, the nation and thus became disfigured and one sided.

Neoliberal dogma always maintained even after the 2008 major economical and financial crisis, that the global marketplace following the interest of the individual is capable of solving all crises in society.

Meanwhile it became clear that the market by itself does not follow the common good in an automatic way, just the opposite, it results in deeply divided societies. Globally and within countries, a small obscenely rich elite and the impoverished masses are the result.

In addition, neoliberalism dictates that the state keep away from the economy, and further not to interfere with how and using which methods, the individuals live.

Even though in the western world after the loss of Christian faith, a confusion of values, loss of strong morality, the absolutism of individuality, and a decay of culture can be observed.

In other words the neoliberalism of the 21st century finds solutions in the private good (of the individual) as opposed to the common good represented by the sate or smaller communities of the nation.

For this reason, neoliberalism promotes global governance to the detriment of nations and communities. But there is a problem with this: the human existence is based both on individual freedom and community based cooperation.There must be a balance between the two and neoliberalism doesn’t allow for that.

It was this type of neoliberalism Orbán criticized at Tusnad when he listed how liberalism did not protect the national wealth, how it led to mountains of debt, how it failed to provide the bare minimum for the community (nation).

So Orbán was right and he is still right about the factual argument.

But it is a fact that we must take into account the foreign reception, the effects of the speech because we are a member of the world community, not a self-sufficient community. The reactions of the international public should be considered because they can have consequences and set things in motion that are not necessarily favorable to us.

So for this reason I suggest: during the thought process in thinking about a new model of society and state, not to put too much weight on the word “illiberal” a word negating the meaning of something, and a word which can cause misunderstanding. Rather to put the emphasis on the description of the elements of the model that are creative, new.

In my opinion this could be described as follows : instead of neoliberalism based democracy we imagine a community based, national democracy in the 21st century.

The Hungarian version of this article was originally posted on mno.hu 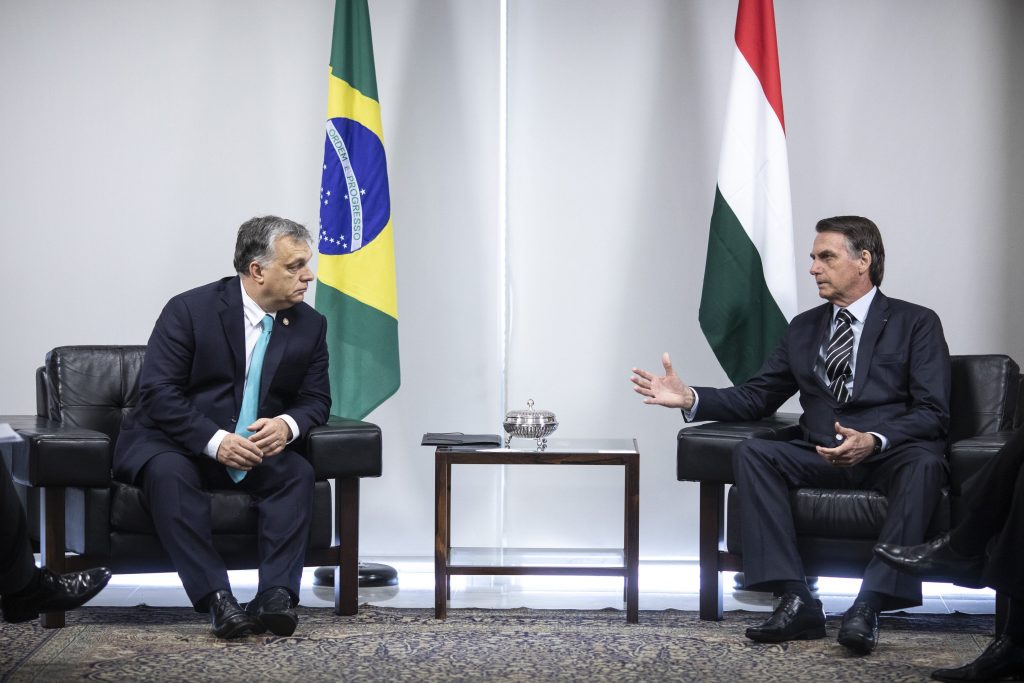 Brazil’s populist right-wing president Jair Bolsonaro is set to meet Hungarian Prime Minister Viktor Orbán in February, according to Azonnali. According to the portal, Bolsonaro will directly arrive from Moscow, where he has a meeting scheduled with Russian president Vladimir Putin. Back in 2018, PM Orbán was one of the few European leaders to personally […]
Hungary Today 2022.01.17. 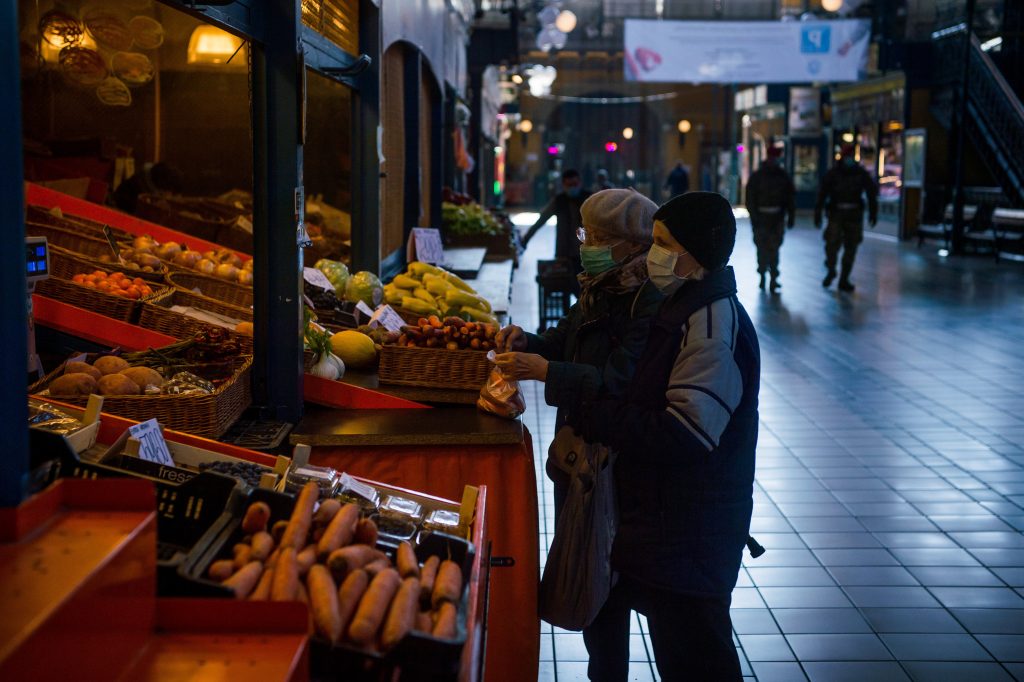 The government decree on the food price cap instituted by the Orbán government “in order to prevent the harmful effects of market anomalies,” was published in the Magyar Közlöny (“Hungarian Gazette”) on Friday evening. For the time being, the price cap is in effect from February 1st to May 1st. The prices of the food […]
Júlia Tar 2022.01.17.