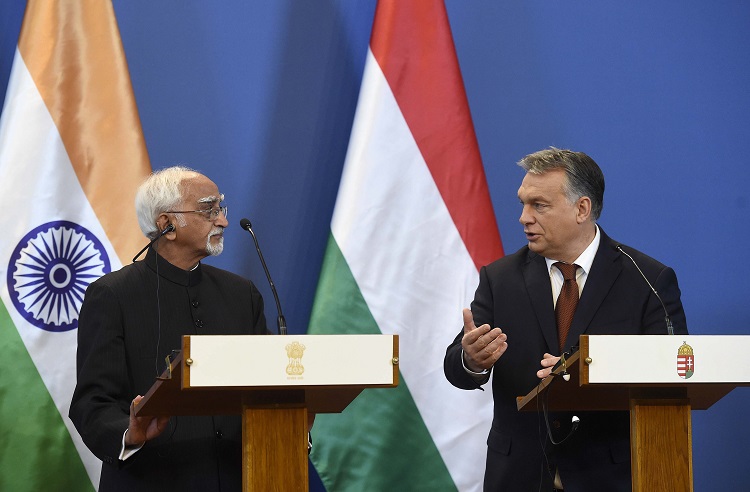 Hungary’s Premier Viktor Orbán met India’s Vice President Mohammad Hamid Ansari for talks in Budapest on Sunday. After the talks, Orbán said in a press statement that “Hungary needs investors like India”. He said Hungary is approaching full employment and the country has “exhausted its labour force”. Hungary’s technologies call for continuous improvement, which requires investment from foreign countries, including India, he said, noting that in the past two years India had made the largest greenfield investments in the country, and further projects are planned. 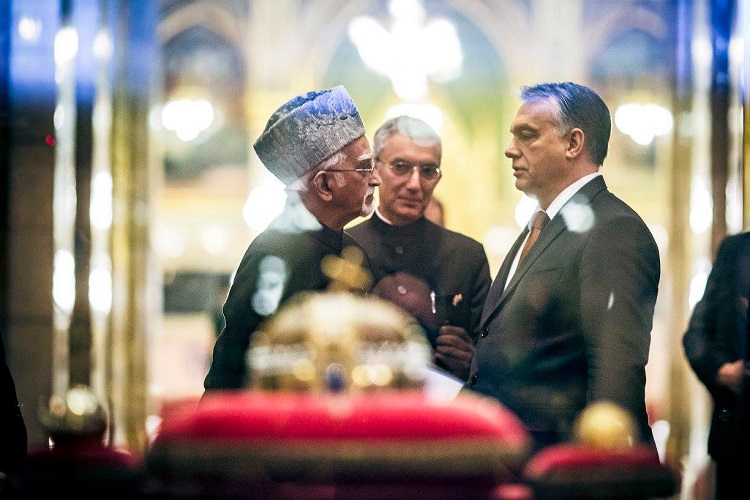 The Hungarian Prime Minister said that India was ready to make joint use of Hungarian innovations and to exploit the results of research and development. For this reason a technology working group is being set up to connect up respective capabilities in the area of innovation, he added. Orbán said the defence industry offered opportunities for good cooperation between the two countries. Agricultural ties are also important, he said. Further, he mentioned cooperation in the film industry, adding that a delegation would visit India to assess opportunities there. Orbán said the starting point for cooperation was the fact that both countries are democracies. He said Hungary supports Indian efforts in the area of international relations, and its “endeavours to obtain worthy representation in the world’s newly evolving system of institutions”. The Indian vice president called bilateral ties multi-faceted and friendly. Both countries are democracies with fast-growing economies, he added.

Mohammad Hamid Ansari underlined the defence industry, science and the film industry as prospective areas of cooperation between the two countries. He noted that they had signed a statement of intent on cooperation between the Indian Council of World Studies and the Hungarian Institute of Foreign Affairs and Foreign Trade as well as the Ministry of Interior and the Indian ministry for water and river management and the restoration of the Ganges. Ansari said they had agreed that terrorism must be eliminated in the framework of global cooperation. 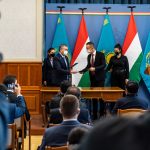