Apollo Tyres laid the cornerstone of the 475 million euro plant in Gyöngyöshalász in North Hungary in April. Apollo’s first greenfield investment in Europe will create almost 1,000 jobs as the plant will have annual capacity for 5.5 million passenger car and light truck tyres and 675,000 heavy commercial vehicle tyres.

Apollo Tyres Ltd, with its corporate headquarters in Gurgaon, India, is in the business of manufacture and sale of tyres since its inception in 1972. The company has manufacturing presence in Asia, Europe and Africa, with 8 modern tyre facilities and exports to over 100 countries. Powered by its key brands (Apollo and Vredestein) the company offers a comprehensive product portfolio spread across passenger car, light truck, truck-bus, off highway and bicycle tyres, retreading material and retreaded tyres. 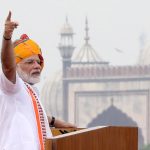