Index.hu: GreenGo Could Give Green Light To Car-Sharing Revolution In Budapest

Car-sharing, a model of car rental where people rent cars for short periods of time, is already popular in various big cities of the world, but it has not made its breakthrough in Budapest yet. However, Hungarian company GreenGo could now revolutionize the car traffic in Budapest, easing traffic jams and decreasing pollution at the same time, news portal index.hu reported. 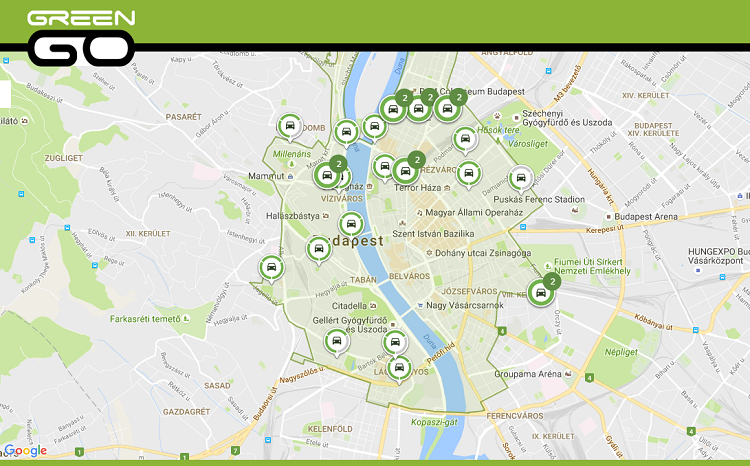 GreenGo has started its service in Budapest at the end of November with 45 electric ‘Volkswagen Up’ cars and it wants to expand its fleet with 25 cars in the near future. Registration costs about 5900 forints (18 euros), while active users pay additional 1000 forints (3,3 euros) per months and 65 forints (0,2 euros) per kilometers. According to index.hu’s estimation, an average Hungarian spends altogether 35.000 forints (110 euros) on maintaining and using his/her own car every months, a sum that would enable him/her to travel about 170 kilometers by GreenGo service during a month. It means car-sharing could be tempting for those in particular, who do not use their cars on a daily basis but a few occasions in a week, the paper said.
Index.hu also reported that the Budapest’s public transport company ‘Centre for Budapest Transport’ (BKK), which runs a rather successful bike-sharing service called BUBI, might be also interested in launching a car-sharing service as well, but so far it has not disclosed any details about is own project. Budapest’s City Council has not commented on the plans of a public car-sharing service either.
via index.hu and greengo.hu