Independent lawmaker Ákos Hadházy shared the link of a shocking video on Facebook showing corpses stored in open coffins stacked one on top of another in the Szentendre morgue. According to the MP, the footage is proof of how serious the consequences of the government’s “faulty epidemic management” are. Meanwhile, government politicians condemned Hadházy for using dead people for his political actions.

“A dramatic video has been sent to me showing that there are so many deceased people in the Szentendre morgue that there is no room left. In a shocking and irreverent way, the coffins were not covered, as they could then reach the ceiling,” Ákos Hadházy wrote on Facebook on Friday.

The Independent MP said that according to the person who had recorded the footage, these people likely had died in their homes due to a viral infection. Hadházy believes this raises a number of questions: most notably, how could it be that these people did not make it to the hospital?

The politician also wrote that he had already received several videos from hospital morgues, which proved that the dead were being placed in shocking, derogatory, and irreverent conditions due to lack of space.

According to Hadházy, Hungary’s “late, chaotic, and negligent protection measures, the already insufficient capacity of healthcare, and the propaganda manipulating reality” together caused one of the most serious outbreaks in Europe.

Several government politicians condemned Hadházy for using the deceased and violating their dignity for his political gains.

Government commissioner Richárd Tarnai told public media that in his opinion, none of the deceased in the video were victims of the coronavirus, and according to him, the opposition-led municipality of Szentendre is responsible for respecting the rights of the dead.

The politician said that it was clearly distasteful that Hadházy was conducting a “dead campaign.” 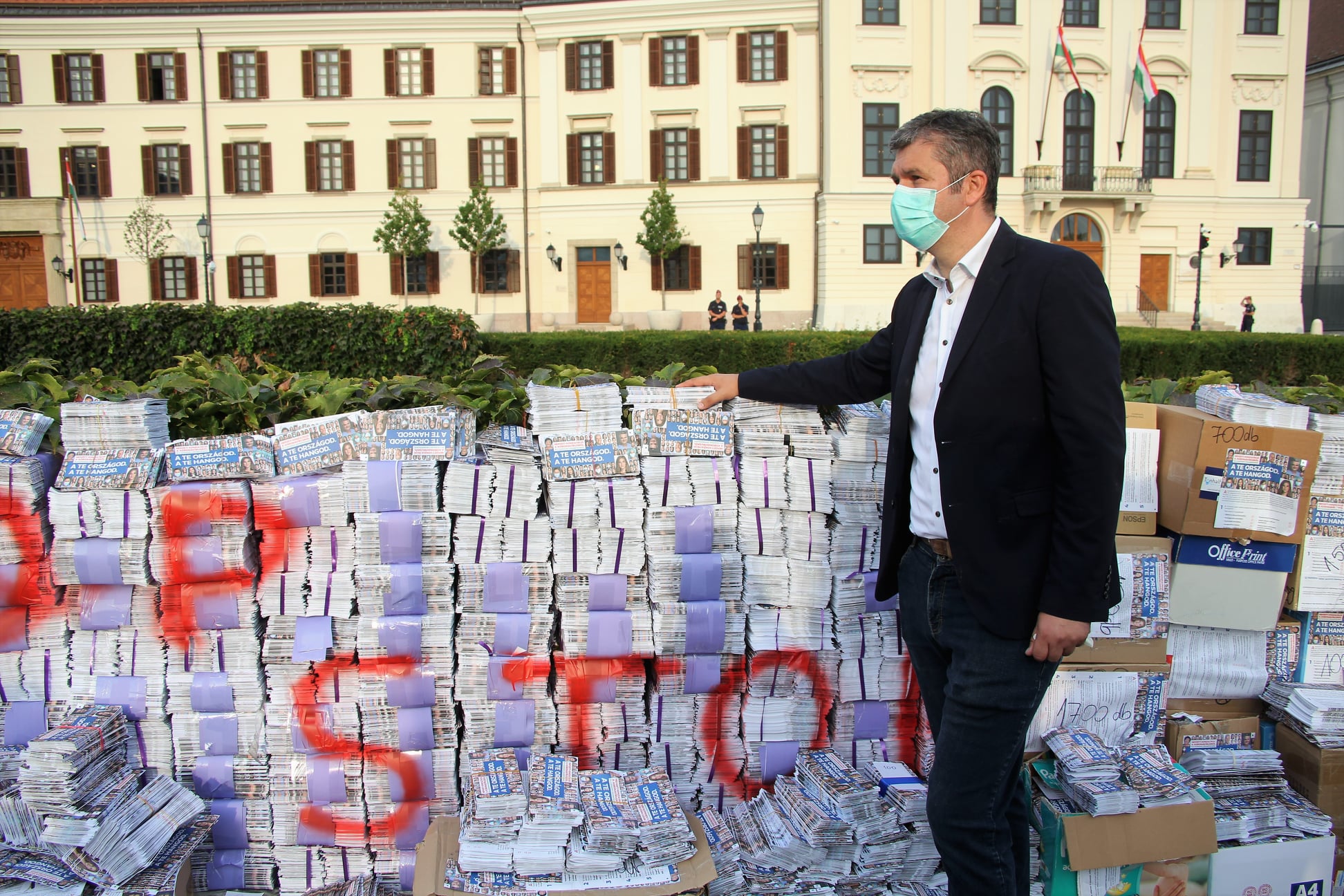 Two independent lawmakers and other opposition party representatives have placed a 260,000 questionnaires they received from people who, rather than sending their responses to the government’s National Consultation public survey conducted during the summer to the official return address, had sent them to the opposition. The survey was launched by Prime Minister Viktor Orbán in […]Continue reading

Right after the video went viral, Szentendre mayor Zsolt Fülöp immediately ordered an investigation due to the conditions seen in the video and held an on-site inspection of the morgue.

This revealed several irregularities; however, it found no evidence of the deceased being placed in a manner that would violate their human rights, and it also concluded that those found in the morgue had not died due to the coronavirus.

Somewhat contradicting the result of the investigation, local news portal Szentendre és vidéke asked the company operating the cemetery whether the deceased were stored according to the regulation. The manager of the company said the reason for the circumstances seen in the video is the coronavirus pandemic. “It is shocking only for those who don’t work in this industry, I don’t flip out when I go into a restaurant’s kitchen either,” Zsolt Simon stated.

He emphasized that the bodies were being stored in accordance with the law and that much more serious videos could be made in other places and the reason for all this was the long weekend and the holidays.

Meanwhile, police have launched an investigation on suspicion of scare-mongering and are searching for the person who recorded the video.