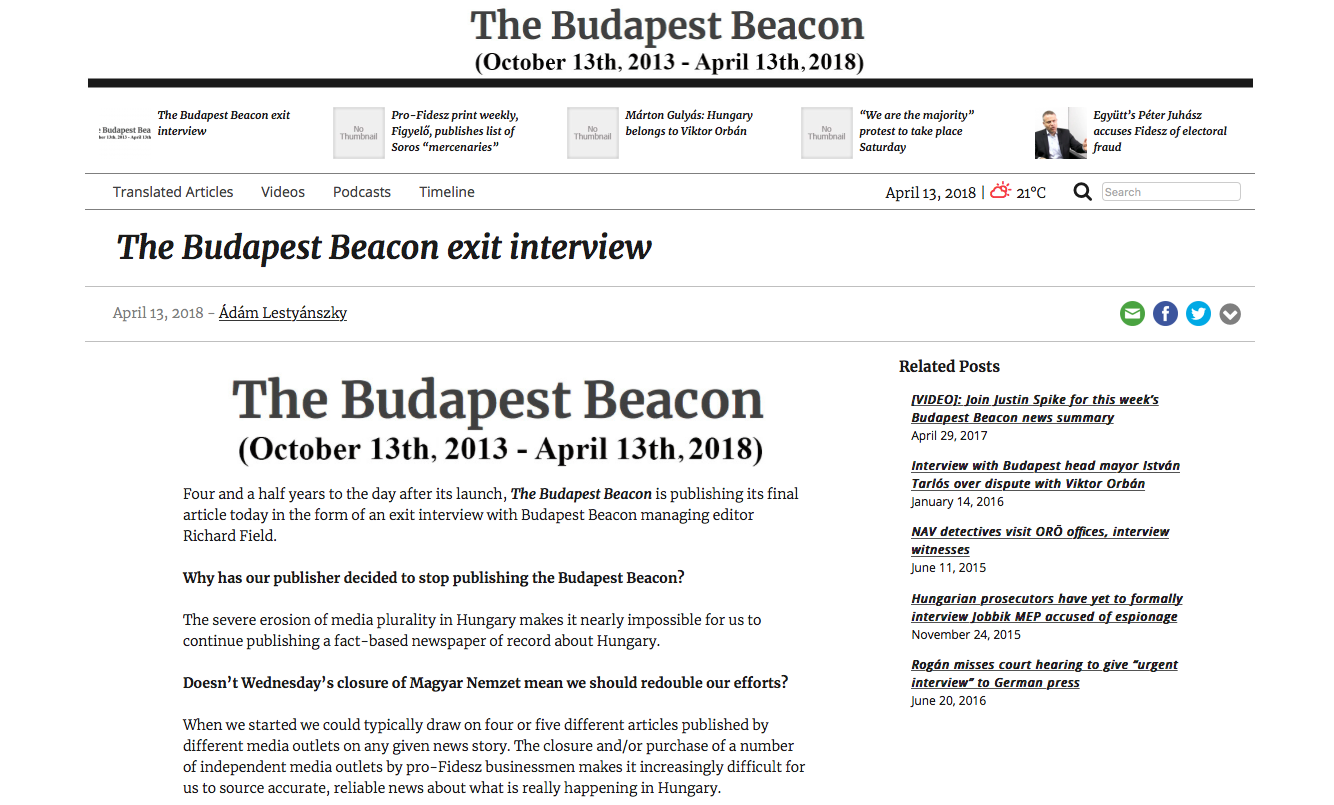 Four and a half years after its launch, English language news portal The Budapest Beacon, a site “committed to fact-based reporting about what is really happening in Hungary”, published its final article today. The website’s demise has been described by some commentators as yet another blow to press freedom in Hungary.

Just days after Hungarian opposition daily Magyar Nemzet, its online site, mno.hu, and radio station Lánchíd Rádió ceased to exist, The Budapest Beacon announced in the form of an exit interview with managing editor Richard Field that the independent news portal will cease publication as well.

Field said that the “severe erosion of media plurality in Hungary makes it nearly impossible for us to continue publishing a fact-based newspaper of record about Hungary.” In the past, they could usually publish four or five different articles by different media outlets on any given news story, but now

the closure and/or purchase of a number of independent media outlets by pro-Fidesz businessmen makes it increasingly difficult for us to source accurate, reliable news about what is really happening in Hungary.

However, Fields said that their publisher will continue his other news portal, Abcúg, especially as its reports on the countryside, a “topic virtually neglected by the Hungarian press until recently”, are invaluable source of information for Hungarian policy makers.

He also criticized  the pro-government media empire, and mentioned the corruption scandals, hate campaigns and the pro-Orbán magazine Figyelő’s list of people, described as Hungarian-American billionaire George Soros’ “mercenaries.” He also added that he “was appalled by the fascist speech Orbán delivered in Székesfehérvár the Friday before the election.”

You can read the interview in its entirety here: