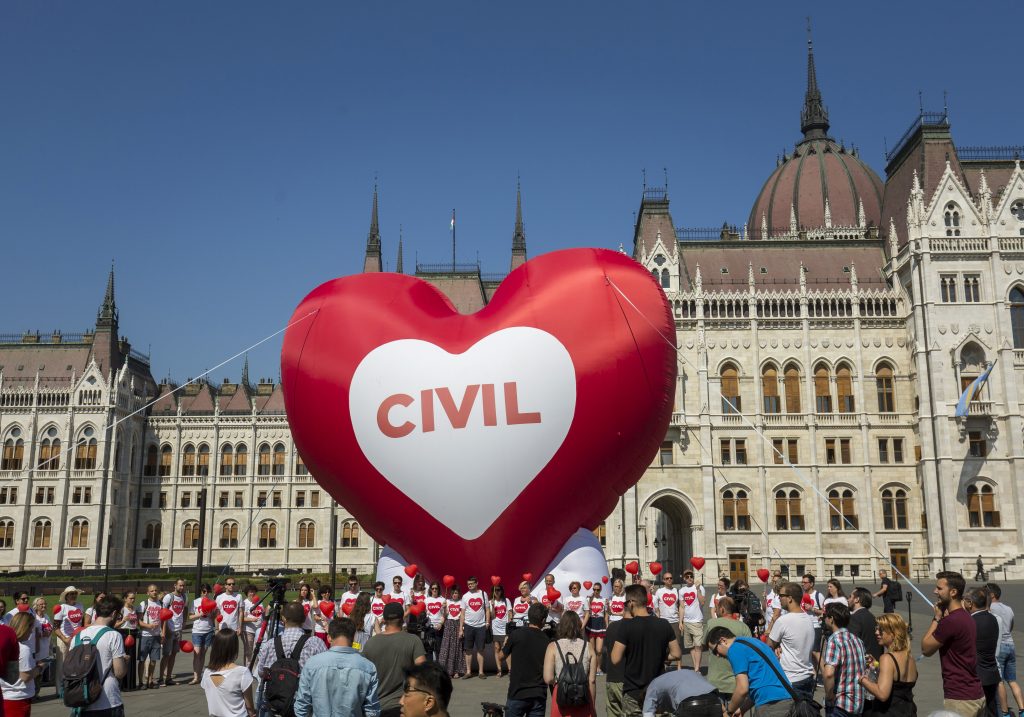 According to Politico, the CDA’s party congress called for Fidesz’s exclusion from the EPP if Orbán does not “return to the way in which Fidesz was previously a valued member of the EPP family.”

The Brussels-based news-site reports that CDA has called on the EPP to draw “red lines”, and, if they continue to be crossed, to provide

the ultimate remedy by requesting the (temporary) suspension of membership.

As Hungarian wire service MTI and Dutch daily De Volkskrant have pointed out, the “red lines” in question are almost certainly a reference to the Orbán government’s recently-submitted bill targeting NGOs that provide aid to migrants and potential refugees entering the EU, that Fidesz has taken to calling “Stop Soros.”

As we have previously reported, the “Stop Soros” legislation package is a series of bills which would punish individuals or groups providing aid to migrants with possible imprisonment. In addition, this legislation, which is certain to pass due to  Fidesz’s two-thirds majority in Parliament, is being proposed alongside amendments to the Hungarian constitution that would declare that an “alien population” could not be settled in Hungary.

Another obvious point of concern for the CDA is the state of Budapest’s Central European University, whose future remains in question.  In the wake of the Orbán government’s controversial “Lex CEU” higher education amendments (which you can read more about here), the university, also founded by Hungarian-American billionaire George Soros, announced plans to open a satellite campus in Vienna.

In addition, while CEU has complied with the requirements of the “Lex CEU” legislation, the Orbán government has still not signed an agreement with the State of New York regarding the university’s continued operations in Hungary, a fact which has forced university leadership to seriously consider leaving Budapest.

It should be noted that Saturday’s CDA meeting was not the first time that European leaders have raised the specter of Fidesz’s expulsion from the EPP if the Hungarian ruling party continues to pursue policies that critics have described as “a violation of human rights law” and of academic freedom.

In fact, Andreas Nick, the German Christian Democrats’ (CDU) rapporteur on Hungary, recently used language remarkably similar to that employed by the Dutch CDA, arguing that the Orbán government’s attacks on Central European University (CEU) and NGOs risk crossing “red lines.” Urging the Hungarian government to sign an agreement with CEU and to await the Venice Commission’s ruling on the “Stop Soros” legislation, he told wire service  Reuters

Would I prefer Fidesz to stay within the Christian Democrat camp? Of course…But our Hungarian friends need to understand that crossing certain lines would make life very difficult for everyone.

MTI reports that Hungary’s ruling Fidesz has accused the Dutch Christian-Democrat CDA party of lying about the Hungarian government’s constitutional amendment proposal and announced that it was suspending all ties with the party until it apologized. 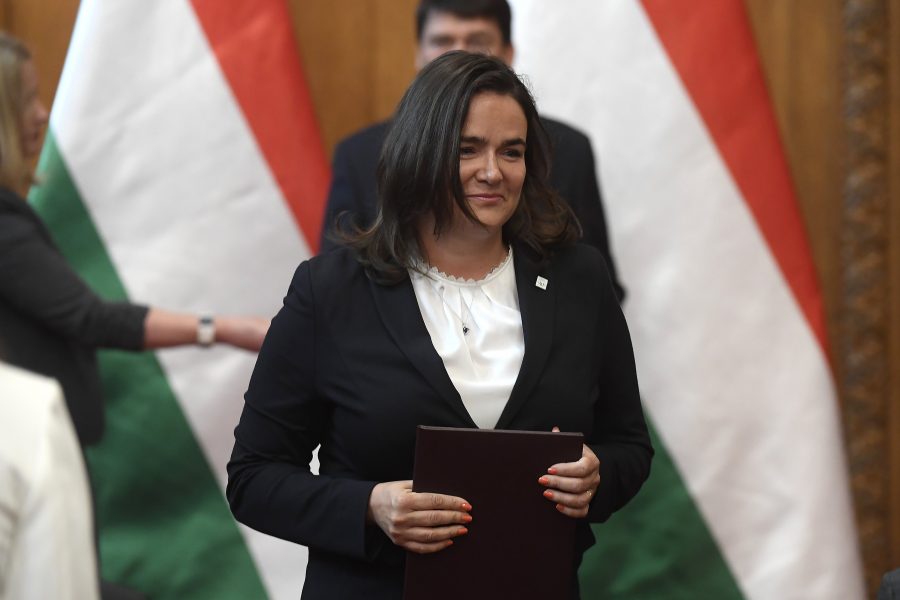 Katalin Novák, State Secretary of the Human Resources Ministry and Vice-President of Fidesz, after receiving her official appointment from President of the Republic of Hungary János Áder at the Parliament on May 22nd (Photo: MTI – Tamás Kovács)

She also denied that Fidesz has “turned against European cooperation”, that the party “intentionally used false facts during the campaign,” and that Orbán had “promised revenge” on the opposition after the elections (in his March 15th speech, the Hungarian Premier had, in fact, promised that his party “will take moral, legal, and political revenge [or satisfaction] after the elections.”)

apologize for this insult. Until this happens Fidesz suspends all forms of contact with CDA and we withdraw our support from CDA Candidates.

Reacting quickly to Novák’s letter, CDA Chairman Ruth Peetoom wrote back later that same day. In her response, Peetoom claimed that the resolution did not arise from CDA leadership, but rather from members, as “in our party tradition it is a highly regarded right for every party member to seek a majority for their views by presenting a resolution to the congress.”

Going further, Peetoom said that the resolution “reflects the broad-based concerns as they exist among CDA-members”, while noting that it also calls on the party’s leadership to “Keep an open dialogue within the EPP family.”

Ignoring Novák’s promise to “suspend all forms of contact with CDA”, the Dutch politician said that her party looks forward to “continuing our open and cordial dialogue,” while at the same time urging Fidesz to

interpret the resolution discussed above as an encouragement to hold dear the European values that we share as an EPP family.

While these disputes were playing out at the European Parliament in Brussels yesterday, a group of demonstrators gathered in front of Budapest’s Parliament Building to protest against the “Stop Soros” bill. Members of local NGOs gathered on Kossuth Square, where they blew up a giant heart-shaped balloon with the word “CIVIL” written on it, in protest against what they argue is an attack on Hungarian civil society by the Orbán government.

Today we send strong message of ❤ from around the world to #Hungarian government: Vote NO #LexNGO2018 and stand by civil society! People who work for a fair and safe #Hungary need to be protected, not threatened. pic.twitter.com/7DAxonDt1s

Speaking to a press conference during the protest, Julia Ivan, head of Amnesty International in Hungary, called on Parliament to “drop the idea of criminalising our work which is in solidarity with asylum-seekers and refugees.” Similarly, the co-chair of the Hungarian Helsinki Committee argued that the “anti-NGO” legislation is meant “to stigmatise, intimidate, and sanction human rights defenders’ work”, and added that the bill is

unacceptable,..and should have no place in a democratic country that is run by the rule-of-law.

According to left-wing news site Index.hu, roughly 50 activists took part in the protest, while in a tweet Amnesty Hungary expressed their gratitude for the over 22,000 people who “sent their solidarity messages” to Hungarian civil society.