George H.W. Bush, the late American Republican president who served as the leader of the greatest world power from 1989 until 1993, has died. He took office amid the historical collapse of the Soviet Union and the first free parliamentary elections in Central and South-Eastern Europe.

Bush was born in Massachusetts, but his life brought him to Texas, an emblematic region for the American Right. He served as a pilot in World War II and was awarded for his performance and bravery. Bush attended Yale University, where he graduated with a degree in economics in 1948. In the middle of the seventies, he served as the U.S. envoy to China and the director of the Central Intelligence Agency. He ran for president in 1980, but was defeated by Ronald Reagan. Reagan invited him to be his vice presidential candidate, and after the Republican victory, he held the post for eight years. Reagan’s presidency considerably contributed to the weakening of the Soviet Union, which finally lost the armament race against America. This fact promoted the introduction of Gorbachev’s reform policy. The process ultimately led to the fall of the Soviet Union and helped its satellite countries, including Hungary, transition to democracy and a market economy. Bush played a pivotal role in two particularly important events.

The first was Bush’s discussion with Soviet leader Gorbachev in Malta in December 1989. In this meeting, they effectively agreed on the framework of democratization in Central and South Eastern Europe, giving way to the post-Soviet era. Secondly, together with Chancellor Kohl, Bush supported German reunification.

President Bush visited Hungary between 14 and 16 July 1989, in the midst of the political transformation taking place in Budapest. He even met with leaders of the democratic opposition—a symbolic gesture to them and the world as well—just one week after the death of János Kádár, another symbol marking the end of an era. The American administration maintained close relations with the newly formed government and Bush himself enjoyed a personal relationship with Antall, often asking him for advice.

Though forming an active and successful foreign policy, Bush was not as fortunate with the economic and domestic issues occurring at home. Struggling against a recession, he lost the presidential election to Bill Clinton in 1992. With the death of George Bush Senior, Hungary has lost a friend. 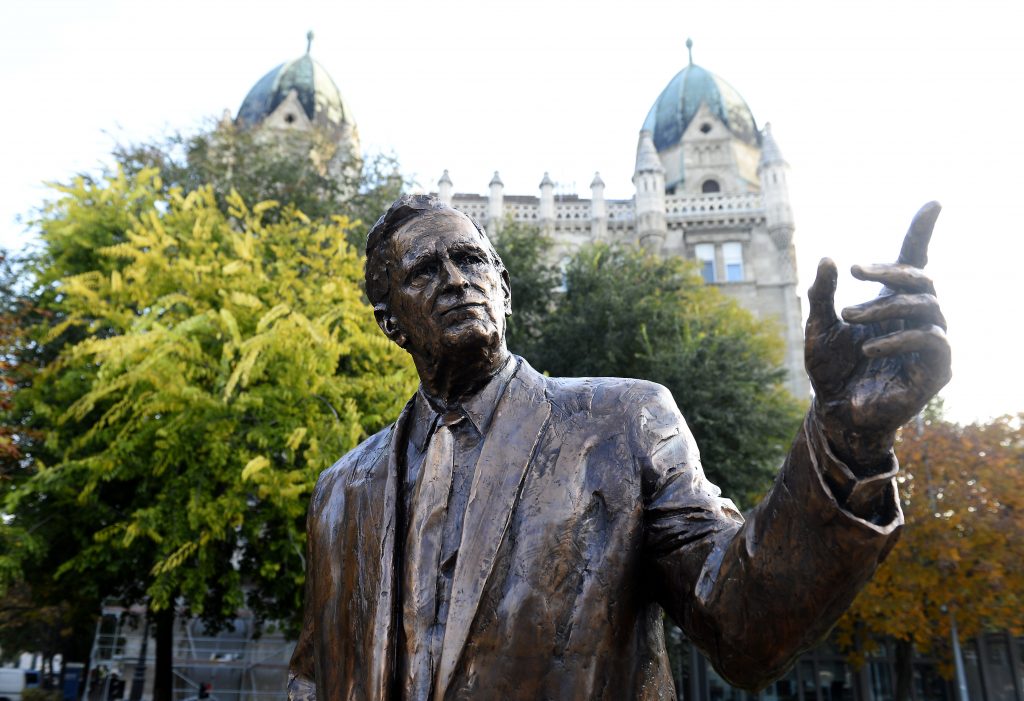 A statue of the 41st President of the United States, George Herbert Walker Bush, on Budapest’s Szabadság tér (Liberty Square) was unveiled on Tuesday. He was the first US president to visit Hungary, and played a seminal role in ending the cold war and helping establish democracy in former Eastern Bloc countries. Summer rain was […]
Balázs Frei 2020.10.28. 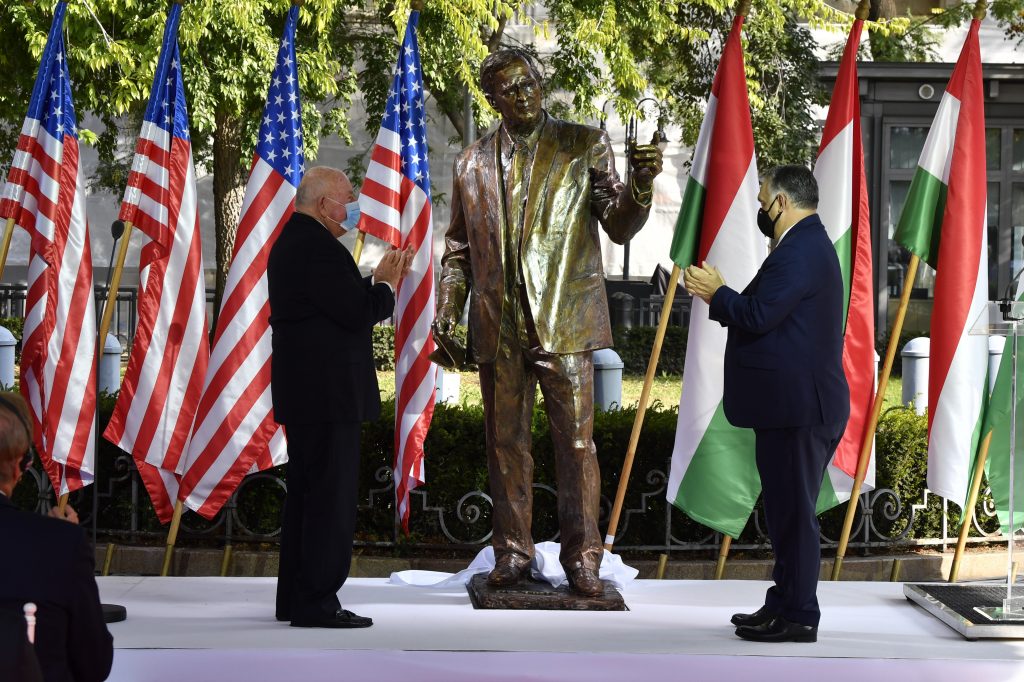 On Tuesday, a new statue of the 41st President of the Unites States of America, George Herbert Walker Bush was inaugurated in Budapest’s Szabadság tér (Liberty Square). At the ceremony, Prime Minister Viktor Orbán said that “Hungarians have always regarded the United States as a home of freedom.” In his address, Prime Minister Orbán noted […]
Fanni Kaszás 2020.10.27.