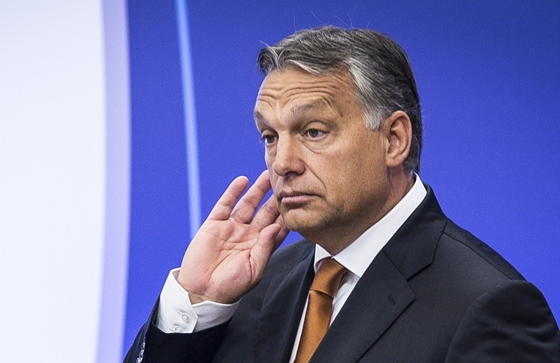 Hungary is protecting its “way of life” against immigrants, most of whom are not fleeing from their lives, the country’s Prime Minister said in an interview given to the commercial television station TV2. Viktor Orbán said that a Tuesday cabinet meeting is likely to declare a state of emergency due to the immigration situation, which has so far cost Hungary approximately HUF 30 billion (USD 107m).

The ongoing flow of “illegal immigration” has endangered the European way of life and Europe can be preserved in its present state only if we refuse to allow everyone in, the Prime Minister said. Referring to reimposed controls on the Austrian and German borders, he said that “one could joke that Austrians are now doing something they had previously continually criticised Hungary for, but this is not the time to do so”. He claimed that the swift change in governmental attitudes across Western Europe is down to the will of the people. “Europe is, after all, the land of democracy and it is impossible to go against the will of the people for a long time and without arguments”, he pointed out.

The truth is that we are protecting our way of life

People in both Western and Central Europe feel that their way of life is in danger because parallel societies have formed in areas home to large Islamic communities and the supply of people to these is endless, he argued, claiming that the phenomenon envisages a Europe “where our way of life will be confined to a minority”. “So, the truth is that we are protecting our way of life”, he stressed.

He also insisted that it is beyond argument that no hotspot, refugee camp, distribution hub or migrant centre can be established in Hungary. If a refugee camp would be set up somewhere in the area of the EU, it should be in Greece, he said. The Prime Minister also hinted to the likelihood of Tuesday’s cabinet meeting declaring a state of emergency due to mass immigration.

The Prime Minister pointed out that under new immigration rules which took effect on Tuesday, 15 September, illegally crossing the country’s border is a criminal offence punishable with imprisonment or being expelled from the country. Signposts will direct migrants to processing centres in order to enter the country legally in order to “simply enforce the laws that have been valid up until now”, he said.

People claiming to be refugees will be asked by Hungarian authorities whether they handed in an asylum application in Serbia. If the answer is no, Hungary will reject such applications because Serbia is a safe country, he insisted. A large share of migrants arriving to Hungary are expected to be rejected because they usually fail to apply for asylum in Serbia, he said.

These people are not running for their lives

However, PM Orbán also argued that the majority of immigrants currently arriving are not refugees. People coming from war-torn countries have the right to live in a safe place and later return to their homeland, he said, stressing that this is possible mostly if they remain in the region. For this reason, Jordan, Lebanon and Turkey must be supported, he added.

The people who “rush across” Hungary are not running for their lives but rather seeking the German standard of living, he went on to claim. “Nobody can ask us to share what we have worked for with people who are no longer in trouble or running for their lives”, he insisted, adding that tens of thousands of people, including NGOs financed by the Hungarian-American billionaire George Soros, are drawing a living from the immigration crisis.

The Prime Minister also disclosed that “illegal immigration” has so far cost the country HUF 30bn (USD 107m) and a similar sum will have to be raked out in the period to come and blasted the European Union for “giving only a couple of million euros” to fund expenditures caused by the crisis.

Viktor Orbán’s interview was broadcast as it emerged that a record 9380 migrants entered Hungary illegally on Monday, the last day before new hard-line laws to curb illegal migration entered into effect.