European politics has “lacked common sense” for a long time, Prime Minister Viktor Orbán said in an interview. “Europe’s political elite is enclosed in a shell of ideologies and hardly has any connection with reality,” Orbán said, citing the migrant crisis as a “clear example”. “Europe is slowly coming round and is starting to realise the problem,” he said in the interview published in the Czech daily Lidove Noviny, adding that the community “must give up suicidal tendencies and stand on its own two feet”. 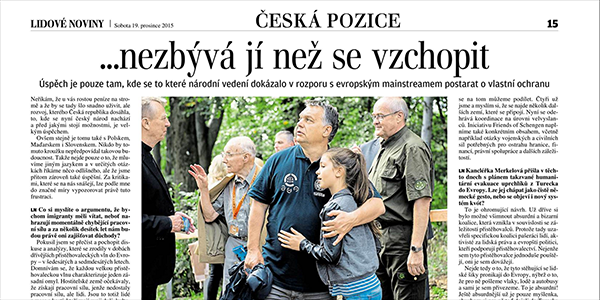 Concerning criticism over his government’s migration policy, Orbán said, “Europe’s mainstream elite approaches any novelty on an ideological basis.” Most migrants on being granted European citizenship become leftist voters, he insisted. “We suspect that what is happening is a clandestine import of voters,” the prime minister said. Orbán said Europe had neglected its roots in Christian and national traditions. “Europe has forgotten who and what we are … we need a Europe with an identity and self-esteem to feel strong again,” he told the paper. 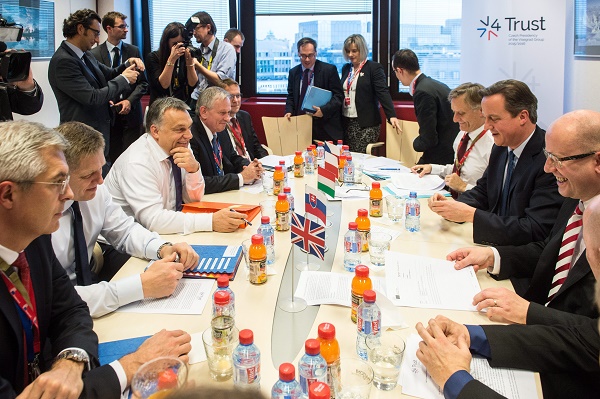 Meanwhile the heads of the Visegrad group, including the Hungarian Premier, held talks with British Prime Minister David Cameron in Brussels. Viktor Orbán told reporters afterwards that the Visegrad countries still hope that in February 2016 a comprehensive agreement will be reached in order to avoid the UK leaving the EU and it may bring about an opportunity for the renewal of the European Union. Orbán also said Cameron is scheduled to visit Budapest on January 7.