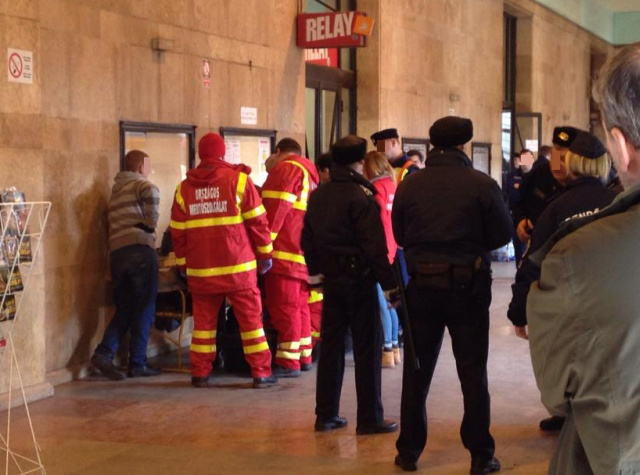 250 Kosovar migrants travelling without travel documents were taken down from a Munich-bound RailJet train at a railway station in Győr, western Hungary, this morning. The migrants, many of them children, were asked to produce their IDs, which they were unable to do. According to information obtained by the press, a group of fifty illegal migrant were taken down from the same train at Tatabánya, the stop before Győr on the Munich line. The migrants left their native Kosovo hoping to get to Germany.
Anikó Sipos, Deputy Director of the Office of Immigration and Natioanlity, said that the cases of the illegal tresspassers will be examined individually but the issue is currently still dealt with by police.
Early afternoon, the Kosovar consul arrived to mediate between migrants and the police. Those travelling with families were taken to a guarded migrant shelter, while a group of 22 people who were willing to cooperate with authorities were placed under arrest for illegal border crossing.
During the weekend, 683 people in 88 groups were caught by police in Bács-Kiskun county after their attempt to illegally cross the border between Serbia and Hungary. All of them have applied for refugee status, Police.hu writes. 142 of the 683 people upheld on the border were minors.
via index.hu