"I Have Been An Illegal Border-Crosser": Writer Mátyás Sárközi On Fleeing Hungary In 1956

By the 29th of November 1956 one had to face the sad truth that it was all over. The Kremlin decided that after all, it won’t allow Hungary to re-create its pre-1948 democratic multi-party system, the Soviet tanks returned to the streets of Budapest. Not long before that I was pretty proud to have my first piece of writing printed by the weekly paper I have been working for since the beginning of the year as a nineteen-year-old trainee. The on-the-spot report on the students’ march ended with some lines of  praise for Imre Nagy and his friends. I could be certain that now, when Imre Nagy was arrested and called an enemy of the people, I’ll get the sack and there was a fair chance that perhaps I will be arrested. Therefore I headed towards the temporarily unguarded Austrian border.

Five o’clock in the morning I boarded the train to Zalalövő,with a document in my pocket, a very official looking letter (rubber stamped by my mother’s long defunct literary magazine), addressed to Whom it my concern, stating that I am a journalist, sent to County Zala to report on the re-organisation of the state farms. As it happens, County Zala lies right next to the Austrian border. My mother produced this paper just in case I would need to explain why do I enter the border area. Of course, no one asked questions, the carriage was packed by nervous passengers, knowingly looking at each other, almost all of them would be illegal border-crossers.

Nevertheless, I jumped off the train when it slowed down in the bend before Zalalövő and started walking across the forest. By the evening I reached the River Rába. Its single stone bridge was guarded by Russian soldiers, but I found an enterprising young man who was willing to ferry the escapers across for a fee of a hundred Forints. We set off in an old barge, about ten of us, including a uniformed Budapest postman and a woman with a teenage son. The boat almost reached the other side, when a spot light was trained on us shots were fired. We jumped into the shallow water and climbed out, grasping the branches of the bushes at the steep muddy river banks.

All were rounded up, arrested and eventually sent back to Budapest, except me. I huddled under a bush and waited until the shouting and the cracking of the thin ice under the boots went further and further away from the river. Then I started walking again in my wet shoes, reached a lonely house in the middle of nowhere, knocked on the door and the farmer allowed me to sleep and dry in the cowshed.

At dawn, strengthened by a mug of fresh milk, I soon reached the border. There was a watchtower nearby, but now the guard with his gun was absent, the wire fence was torn. I was at the good old Iron Curtain, the fence, which – unlike the one built recently at the Serbian border – served the purpose to keep people in, not to escape, instead of keep hordes of migrants out. A fundamental difference.

A large field lead to the torn down barbed wire, and I could clearly see two Austrian border guards, chatting and smoking on the other end of it. Yes, it was Austria. The West. The land of freedom. When I crossed the field, the guards said to me: “You are a lucky man, friend. The Russians replanted the touch-mines on that field last night, and we were just about to make a bet on your entrance: guessing whether you will you walk to this side, or come in flying through the air.”

That is the story of my illegal border crossing in short. Within a few weeks I arrived in sooty and cold London, a city still showing the scars of war time bombing, not particularly famous of it gastronomy but friendly towards the refugees of Communist dictatorships. I would have been to find refuge in any Western country, on a beggars can’t be choosers basis. I was ready to learn the language and work.

Though, when we were sent to language classes, held in local schools by voluntary teachers, soon after our arrival, the friendly looking school-master, named Mr.Appleton, after greeting us Hungarian refugees, and introducing himself by writing  Appleton on the black-board in chalk, pointed to the table and said slowly and very clearly: “this is the table”.

For which a group of young worker boys from Újpest, sitting at the back of the class, answered in unison: “Asztal”. Some of us hoped that the natives will find it necessary to learn our language and not vice versa. 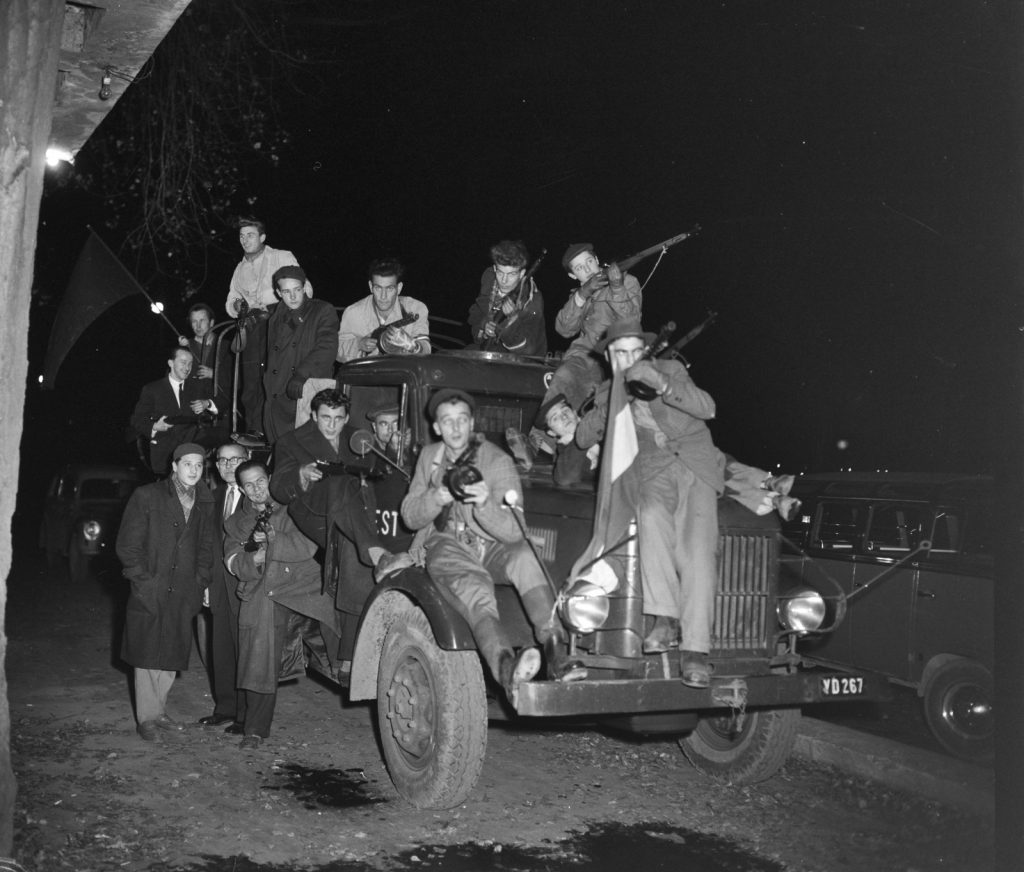 There are a couple of 1956 freedom fighters and groups of fighters who became well-known, either by their acts, their martyr deaths, or by archived photographs appearing in international newspapers or domestic publications. Some were even painted on firewalls of the capital. The Széna square group of freedom fighters and the Pest lads are all […]
Fanni Kaszás 2020.10.23. 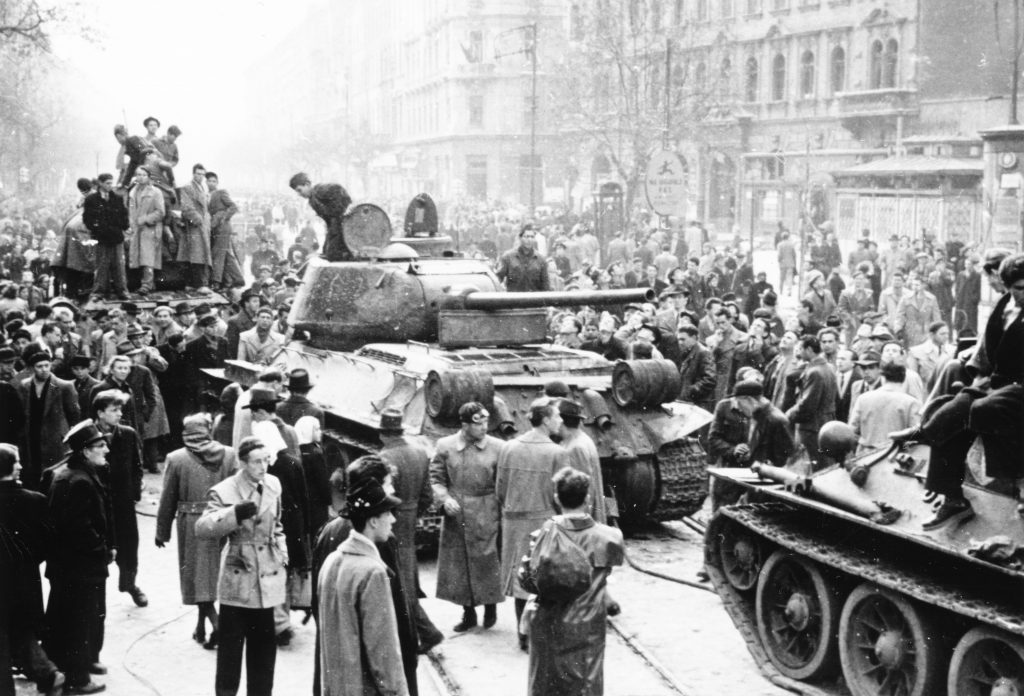 The Egmont overture by Ludwig van Beethoven was played so often in the October days of 1956 that it quickly became the “hymn of the revolution.” But why? Rumor has it that on the night of October 23, the revolutionists installed a mobile radio car to Parliament and resumed radio transmission from there, using telephone […]
Zsófia Nagy-Vargha 2020.10.23.