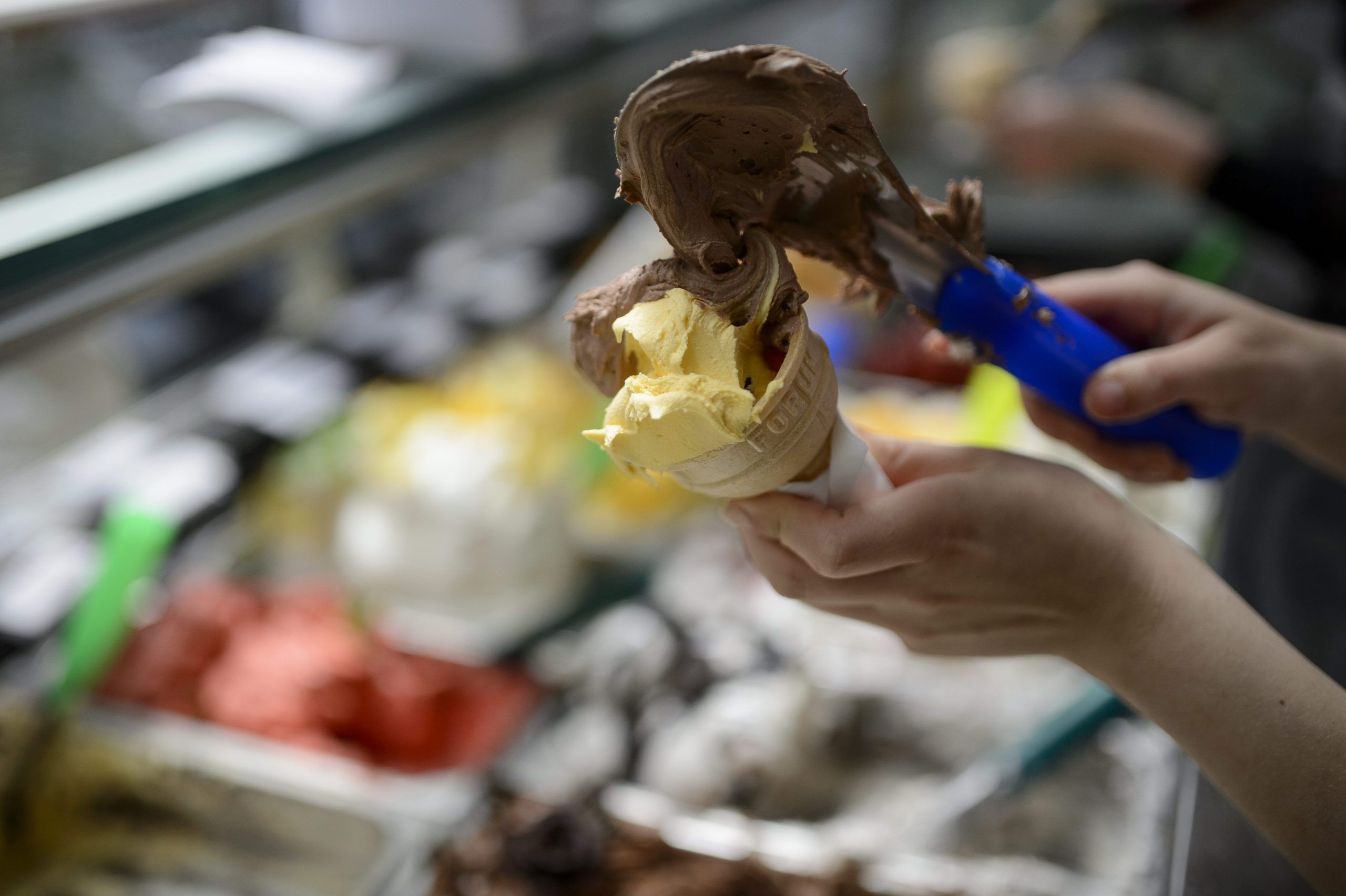 The ice cream called ‘Mézesem’ prepared by Florida Ice-Cream Shop, is the winner of this year’s ‘Balaton Fagyija’ (‘Ice Cream of the Balaton’) competition, which was organized for the eighth time. Other confections and flavors also received prizes at the award ceremony in Balatonföldvár on Monday.

This is the third win for Balatonmáriafürdő’s Florida Ice-Cream Shop in the history of the award. Their winning ice cream is made with lime honey, caramelized almonds, and apples, and was created by their chief confectioner, János Somodi. At the ceremony, the president of the Balaton Tourism Association, Tamás Fekete, highlighted that not only the ice cream itself, but the way it is served is also of high quality, which can elevate a simple ice cream to the status of a fine dessert.

This year, 13 confectioneries from around Lake Balaton entered the competition with 23 desserts. The jury included Balázs Erdélyi, professional president of the National Industry Association of Hungarian Confectioners, and Sándor Márton, the owner of Bagaméri Confectionery in Balatonfüred and winner of last year’s competition, in addition to two delegates from the Balatoni Turizmus Szövetség (Balaton Tourism Association).

According to Tamás Fekete, this competition has brought a qualitative improvement into the lives of confectioneries and ice-cream shops around the lake, as many have valued the opinion and taken the advice of the expert jury. He also praised the fact that many contestants have taken serving to an artistic level, and use local, natural, and homemade ingredients in their ice cream.