Huxit After Brexit? – Opposition Accuses Government Of “Steering Hungary Out Of EU” 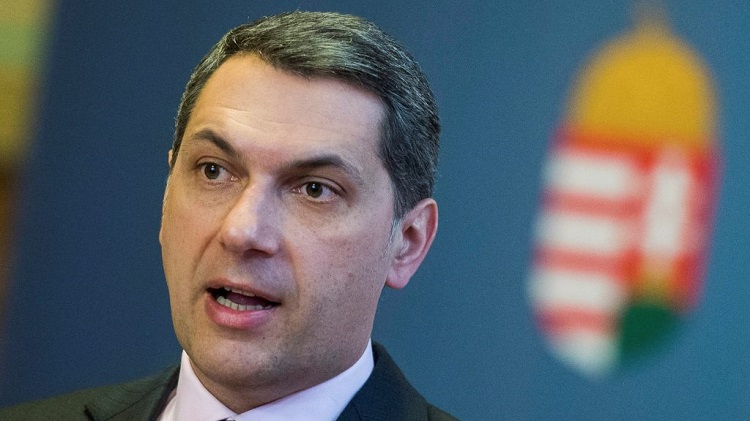 At his regular press conference on Thursday, Hungarian government office chief János Lázár (picture above) was asked about his personal opinion on Brexit, and he responded that he, too, could not “vote in support of continued membership full-heartedly”. Lázár argued that he disapproved with the EU’s policies and insisted that Europe’s institutions are “doing more harm to the European cause than promote a resolution to the problem”. Lázár also said that the Hungarian government respects the British decision and disagrees with those critical of the referendum’s result,  noting the high turnout at the polls. Lázár pointed out that “uncontrolled migration” had contributed to the British Leave vote.

János Lázár’s words have triggered harsh reactions from the Hungarian left-wing opposition parties. “Remarks by the government office chief reveal that the government aims at steering Hungary out of the European Union”, Socialist MEP István Ujhelyi said in a statement. Ujhelyi called Lázár’s remarks “appalling” and noted that Lázár himself was in charge of distributing “thousands of billions of forints” in EU subsidies to the country. Lázár’s words cannot be taken as a private opinion and if his vision of Hungary’s future is that of a country outside the EU, he must resign from his post, Ujhelyi said.

The leftist Democratic Coalition (DK) said that the government would seek authorisation to quit the EU through Hungary’s upcoming quota referendum in the autumn. DK’s executive vice chair Csaba Molnár said in a statement that the government could use the quota referendum as an excuse to leave the EU, and called on voters to stay away from the upcoming vote. Boycotting the referendum will be equal to voting remain, he insisted. The opposition Együtt said Lázár’s remarks revealed the ruling “Fidesz’s real plan” which is to steer Hungary out of the EU. The real purpose of the planned referendum is to weaken the European Union and drive Hungary out of Europe, the party said in a statement.

However, cabinet chief János Lázár excluded the possibility of a referendum on Hungary’s EU membership and said that one such referendum had already been held before Hungary joined the community. He announced that the Hungarian government would set up a working group to handle the consequences of Britain’s decision to leave the European Union. “Hungary has a vested interest in maintaining economic and political cooperation with Britain, and will take steps to help the success of negotiations about the terms of Britain’s exit and the new conditions of future cooperation”, he said. Lázár also stressed the need to protect the rights and interests of the hundreds of thousands of Hungarians working in Britain.