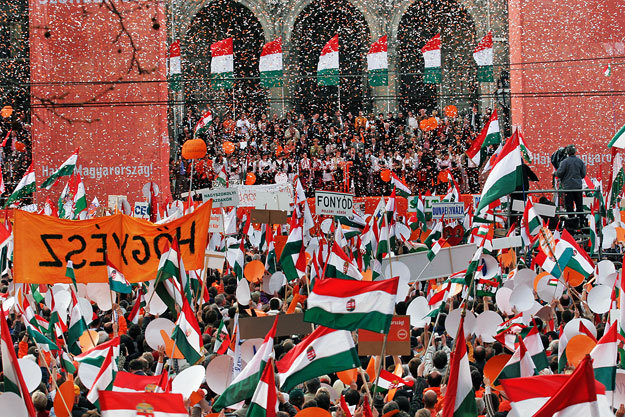 Support for Hungary’s ruling centre-right Fidesz party has fallen from 34% to 32% among the entire population from January to February, according to a fresh poll by public opinion researchers Medián.

The radical nationalist Jobbik party increased its support base from 14% to 16% in the same period among the whole voter sample, while the opposition left-wing Socialists’ (MSZP) support stood at 10% in February, up from 9% in the previous month, in the whole sample. In the group of decided voters who have a clear party affiliation, support for the governing Fidesz party dropped from 53% in January to 46% in February.

The proportion of respondents who said the country was “going in the wrong direction” rose from 54% to 60% in a month. The share of respondents satisfied with the government’s work fell from 45% in November to 39% in February. Every tenth voter who had chosen Fidesz in 2014 would “not do so today”, said hvg.hu that published the poll results.

Fully 73% of the population support Hungary’s membership in the European Union and this rate was 78% among Fidesz voters.

The fall in governing party’s popularity could be a result of the ongoing and increasingly apparent crises in the fields of education and health care. According to the news magazine Figyelő, Zoltán Balog, the Minister of Human Capacities and a close ally of PM Viktor Orbán who oversees both areas, has been given until 2017 to consolidate the two domains – or face losing his job. 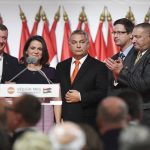