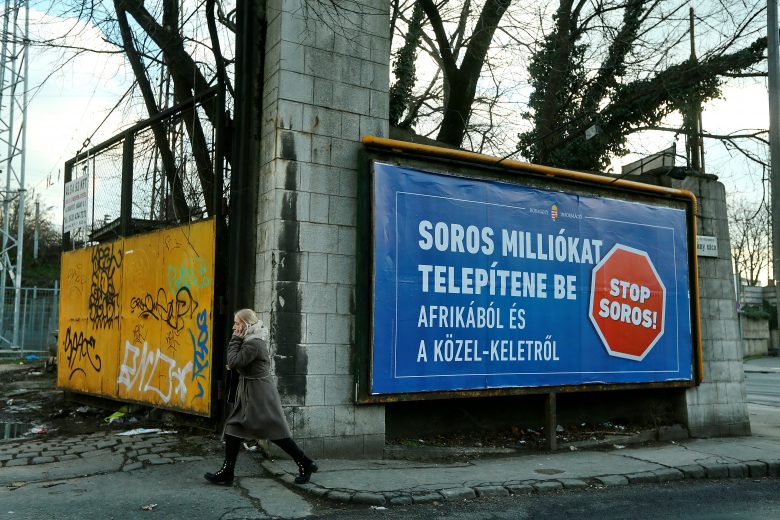 Yesterday, Hungary’s Fidesz-KDNP government submitted its so-called “Stop Soros bill,” which party leaders said will be voted upon by Parliament following the conclusion of the elections in April.

The proposed legislation, which has been “beefed up” in severity since its introduction last month, is designed to penalize supposed

The package would require persons and NGOs that the Orbán government claims are somehow encouraging illegal migration to share data with the authorities, and would have to pay a 25% tax on donations from abroad. Changes since its introduction include forcing organizations “promoting illegal migration” to obtain a special license from the Ministry of the Interior, rather than expecting them to voluntarily register.

The bill requires a two-thirds majority to pass. Referencing last fall’s controversial “National Consultation” on the so-called “Soros plan” , which was similarly focused on the question of migration, with a particular focus on the supposed plans of Hungarian-American billionaire George Soros, the preamble to the draft law argues that the bill reflects the desire of Hungarians for strong border protections and steps to be taken against organisations that “aid illegal migration”.

In the past two years alone, the Fidesz-KDNP coalition has launched several major campaigns around the issue of Europe’s migrant and refugee crisis. The first was a lengthy billboard campaign in 2016 that culminated in a referendum on the EU’s refugee-resettlement quota plan, a vote whose turnout was too low to be deemed legally valid. This was followed in Spring of 2017 by a “National Consultation” questionnaire titled “Let’s Stop Brussels!”, which was likewise targeted at the EU’s migration policy.

Justice ministry state secretary Pál Völner said the clause in the law tying support for migration to the obtainment of ministerial permission requires an amendment to Hungary’s national security law.

If an organisation supports, funds or organises migration without permission, it will be given a warning by the public prosecutor to cease its activities and its tax number will be suspended, Völner said. If the organisation in question still fails to heed the prosecutor’s warning, it will receive a fine of up to 1.8 million forints (5,770 euros), he said. If it still refuses to comply, the organisation will face legal action which could end with its dissolution as an NGO in Hungary.

After the winter recess, parliament is scheduled to start its spring session on February 19th. 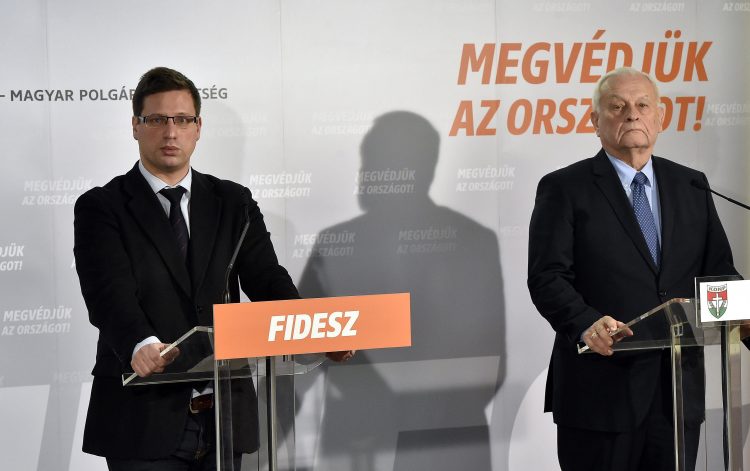 Speaking from a Fidesz-KDNP meeting in the northern Hungarian city of Visegrád, Fidesz parliamentary group leader Gergely Gulyás said that party members had voted unanimously in support of the “Stop Soros” bill.

He added that, while Parliamentary debate on the bill may start as early as next week, votes will likely only be held after the April 8th elections, since the ruling parties do not command the votes needed to pass parts of the package requiring a two-third majority. These are the passages affecting the law on national security, he said.

Gergely also said that “international attacks” are also mounting against the legislation, while also claiming that the leftist opposition is mostly “pro-migration” and radical nationalist Jobbik “has flip-flopped” over the issue. For this reason, the Fidesz politician claimed, Hungary’s ruling coalition is “turning to the electorate” and waiting until after the election to hold a vote on the bill.

The proposal of the “Stop Soros” legislation came on the heels of  revelations that the Orbán government had quietly granted asylum to about 1,300 refugees last year, which has caused a huge stir in Hungarian domestic politics due to the fact that this seemingly undercuts the Orbán government’s longstanding rhetoric regarding the “dangers” of migrants.

Responding to news of the Orbán government’s proposed legislation, human rights groups in Hungary and around the world reacted with dismay and concern.

Continuing, Gulik argued that Fidesz’s claims that the laws are meant to keep Hungarians safe are nothing but political propaganda, saying that “These proposals have nothing to do with protecting national security or borders, and everything (to do) with muzzling those who work to assist people in need and dare to raise their voices.”

Likewise, the Hungarian Helsinki Committee, which has been openly critical of the Orbán government’s actions in the past as well, described the law package as a

not a bill, but a bulldozer…The government wants to arbitrarily label, malign and separate from society certain NGOs it dislikes and, eventually, force them to cease their operations.

In addition, earlier today the Council of Europe’s Commissioner for Human Rights Nils Muižnieks described the “Stop Soros” legislation as

a very bad direction, which will damage the fabric of Hungarian democracy.

The Latvian-American political scientist described the bill as an anti-democratic attack on civil society, and called on the Hungarian government to withdraw its proposal, and to repeal last year’s controversial NGO law as well.

The Council of Europe is an independent organization that is distinct from the European Union, and which describes itself as “the continent’s leading human rights organization.” It is made up of 47 member-states, including all 28 members of the EU.

Via MTI, Hungary Matters, the Council of Europe, 24.hu, Reuters, the Washington Post, the Associated Press, and the AFP

Images via MTI and magyaridok.hu