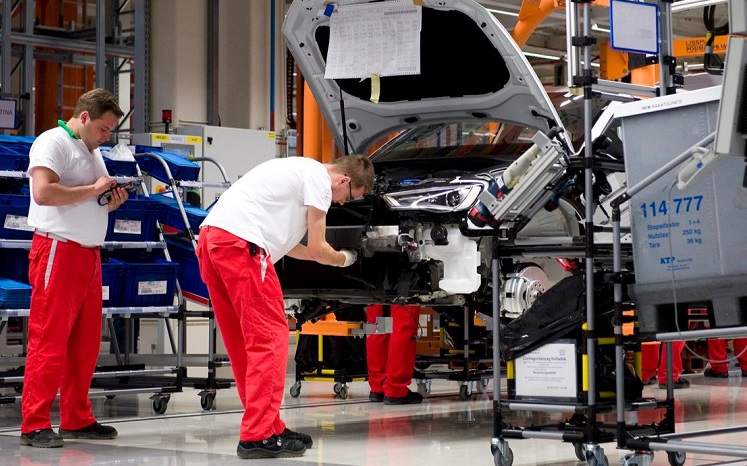 Hungary’s economy grew by an annual 4.1 percent in the first quarter this year, the Central Statistical Office (KSH) said on Tuesday. Analysts had expected the annual figure to be in the region of 3.5 percent.

According to seasonally and calendar-adjusted figures, growth in the first quarter was 1.3 percent compared with the previous one. Adjusted for calendar year effects, first-quarter GDP grew by an annual 3.7 percent. Both the adjusted annual growth rate and quarterly growth were the highest measured since Q1 2015.

Industry and construction sector saw fast expansions, partly due to a low base, KSH statistician Zsuzsanna Boros Szoke said. Growth in the construction sector increased by 24.7 percent in Q1 this year, after contracting 27.6 percent a year earlier, she said. This year’s growth likely reflected EU funding, she added.

Within industry, growth rates were high in the manufacturing sector, more specifically in vehicle manufacturing, computer, electronic and optical products manufacturing as well as in the pharmaceuticals sector, the KSH statistician said. Growth in agriculture was mute, however.

Economy Minister Mihaly Varga told a news conference after the data release that the first-quarter figure was “exceptionally good”, and driven by industry, the building sector and services. He said the government expected the economy to expand by above 4 percent this year, and given the performance so far, there was no reason doubt the forecast. No analyst or bank had projected such a strong rate of growth, he added.

“Hopefully, credit rating agencies and international organisations will also review their data on the Hungarian economy in light of the current favourable results,” Varga said.