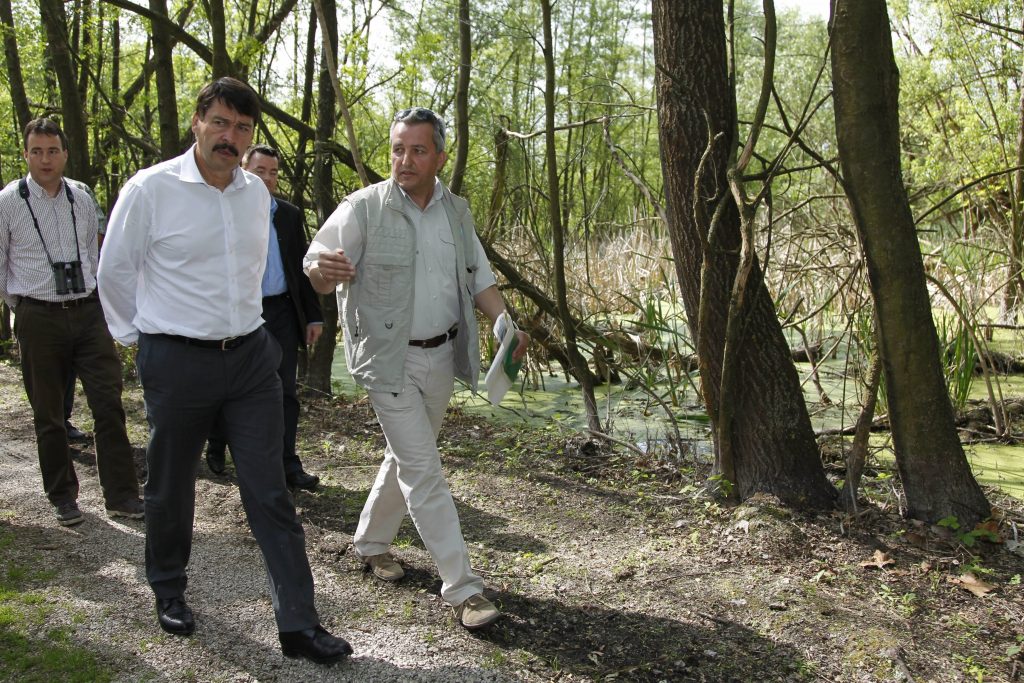 Hungarian President János Áder has joined former US vice-president Al Gore’s initiative to collect 1 billion signatures  urging  world leaders  to reach  a  climate  agreement at the UN Climate Change Conference in Paris in December. In a move to canvas support for the cause in Hungary, Áder encouraged the public to join the initiative on elobolygonk.hu. Negotiations on climate change have produced only meagre results so far but 1 billion signatures could exert  pressure  on decision  makers to take genuine action, the president said.

Áder said he fully agreed with what US President Barack Obama said at the UN: “We are the first generation to feel the  impact of climate change, and the last generation that can do something about it.” Áder said that the Paris summiteers should agree on banning the destruction of rain forests, cutting carbon emissions and replacing polluting technologies with environmentally sound ones.

In the last couple of days the President has been touring in Western Hungary. János Áder has visited the Little  Balaton  area  and the  town  of Szentgotthárd on the Austrian border. Áder praised developments in the water protection system for the Little Balaton area. The president said the investment projects  worth over 6 billion forints (EUR 19.6m) serve f lood prevention and environmental protection purposes.

Speaking at his honorary citizenship ceremony in Szentgotthárd, Áder hailed the efforts of locals and civil groups that prevented the construction of a contentious Austrian waste incinerator in the Heiligenkreuz industrial park, just 100 metres from the town. The president said he was pleased that preventing the construction of the incinerator was a collective effort by the residents of Szentgotthárd as  well  as  Hungarian  and  Austrian environmental  groups.