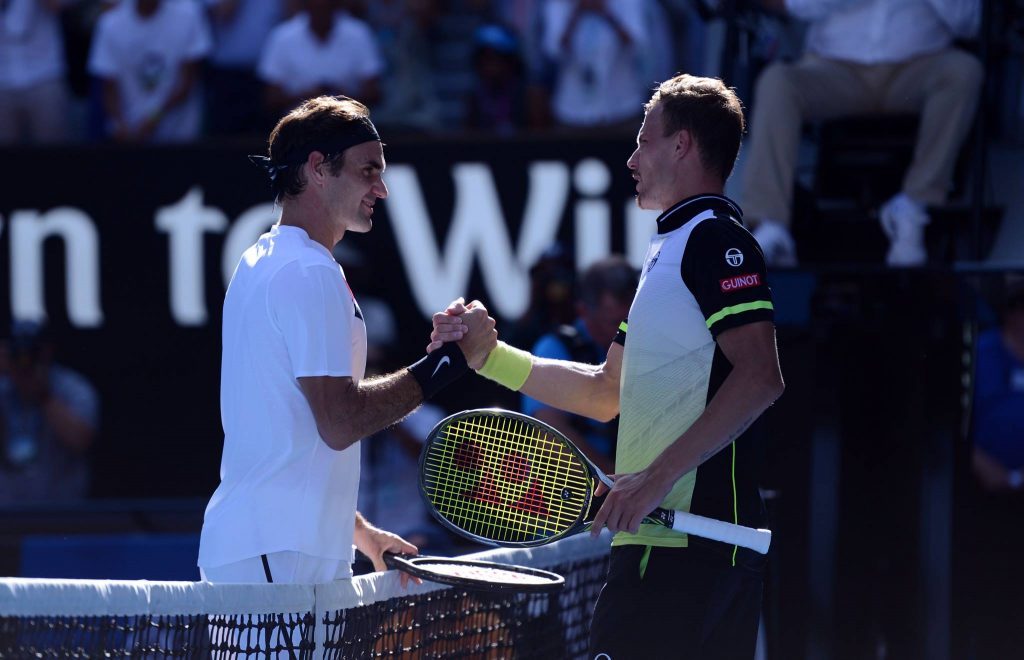 The swiss Roger Federer, the world’s second top ranked player, continues to the quarterfinals of the Australian Open after a 6-4 7-6(3) 6-2 win against the Hungarian Márton Fucsovics, who was playing in his first Australian Grand Slam tournament.

The match, held in the Rod Laver Arena in Melbourne in front of 15,000 people, lasted two hours and three minutes. In the first two sets, Fucsovics played a very strong service game, but grew tired in the third set; eventually Federer broke through. The Swiss won in four sets (6: 4, 7: 6, 6: 2) in the longest match in this years’ Australian Open yet.

Federer said in an interview after the match about the Hungarian tennis player:

I thought he played very well, in tough conditions, you have to have quick ideas and execute very well and I think he did that well. It’s not easy being down two sets to none, and he started making some mistakes eventually. But I thought he was playing really clean, solid, bit of everything: serving, volleying, chipping – it was nice to see. I had a hard time really breaking through until I was two sets to love and a break. That’s when I really started to feel, OK now I’ve got the wind behind my back. I can cruise to victory. But until then it was tough.

In his Australian debut, the 25-year-old Hungarian tennis player was a surprise face in the final sixteen: he had never won three consecutive matches on the main tour in his life before, but in his first round, he confidently beat Radu Albot in four sets (6:2, 6:3, 4:6, 7:5), a win which was the first Hungarian Gland Slam victory in 15 years. After beating the world No.13 Sam Querrey and Nicolás Kicker, he made it into the best sixteen of the Grand Slam tournament.

Fucsovics was 80th in the world rankings before the Australian Open, now he will in either 62nd or 63rd place. Having made it to the final sixteen, he is the first Hungarian male player to be among the top 16 in a Grand Slam since Balázs Taróczy’s 1984 Roland Garros (French Open) participation, and the first Hungarian player in the final sixteen in an Australian Open since 2004 (Anikó Kapros).

Fucsovics said that it meant a lot to him how many Hungarians supported him, both at the match and from Hungary. Hungarian fans and their continuous cheering even made it into the official Twitter account of Australian Open:

Fucsovics thanked the support for his followers on Facebook after the match:

With this victory, the defending champion Federer is now into the quarter finals without dropping a set. The 36-year-old tennis player is the oldest man to reach the last eight since Ken Rosewall in 1977. He will meet Tomas Berdych in his 14th Australian Open quarterfinal. 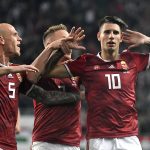 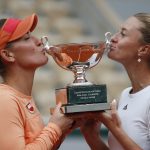