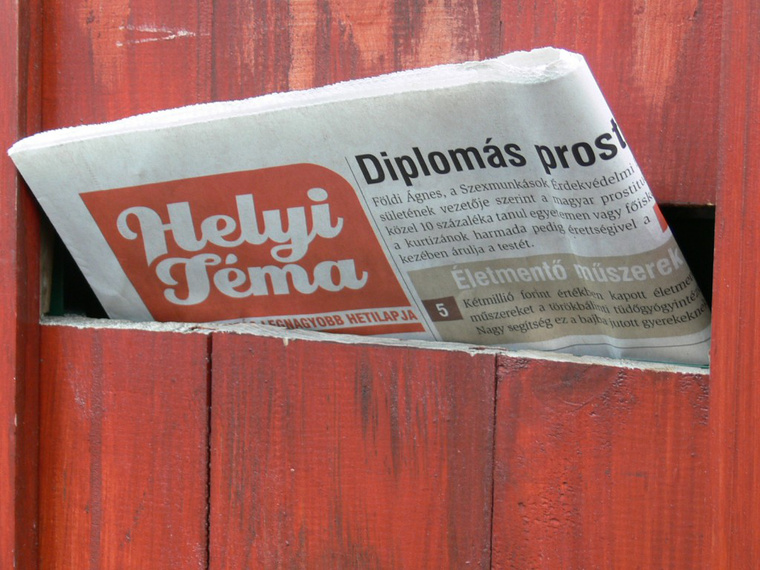 “Helyi Téma”, the freely circulated pro-government tabloid weekly newspaper distributed to several hundred thousand households every week, is to go out of print after the company publishing it has been placed under enforcement by bailiffs, according to press reports. The paper, owned by right-wing billionaire Tamás Vitézy, was first published in 2004 in Budapest and had been distibuted across the country by the national postal service since 2012.

By the fourth quarter of 2011, the paper was circulated in 675 000 copies a week. Earlier this month, the paper’s owner denied that it will go out of print despite not appearing in February and its publisher being placed under enforcement by the national tax administration.

In an earlier report, the news website Index.hu claimed that Mr. Vitézy was expecting his paper to gain positions after the outbreak of the “total media war” between Prime Minister Viktor Orbán and his former close associate, press tycoon Lajos Simicska.