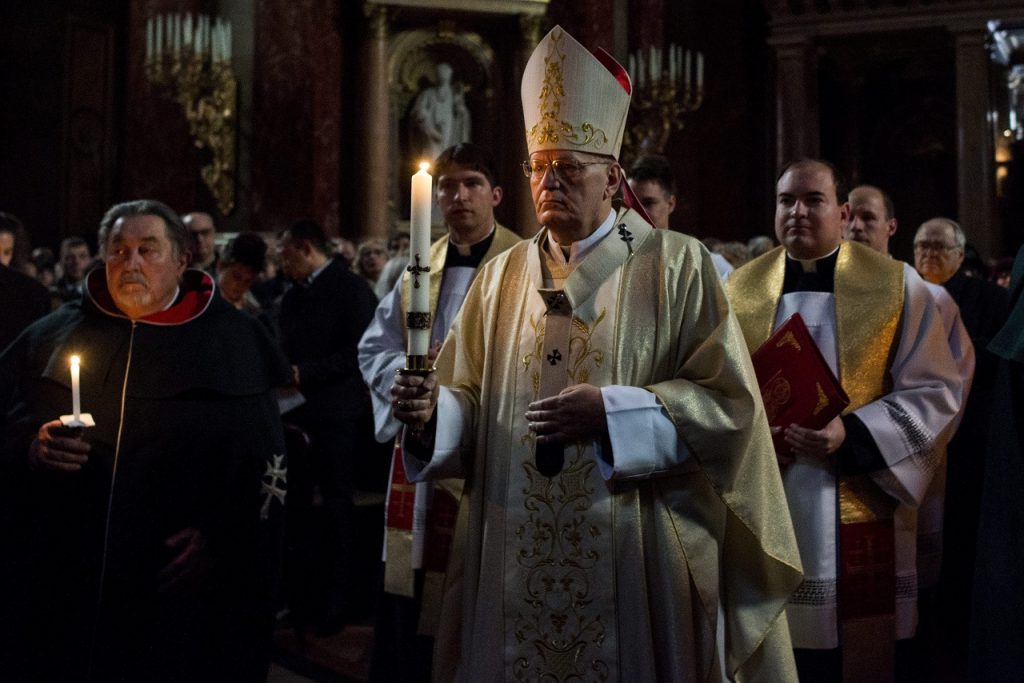 The death and resurrection of Christ has shown that God the creator and redeemer has not forgotten about humanity and awaits all to “come home” to him where eternal bliss is in the making, Cardinal Péter Erdő, head of Hungary’s Catholic Church, said in his Easter message. Cardinal Erdő, Archbishop of Budapest-Esztergom, said the message of Easter was a certainty about man and his place in the world, about having a purpose and a goal in life with somebody overlooking the fate of humanity with love.

Péter Gáncs, Presiding Bishop of the Lutheran Church of Hungary, said in his Easter message that “God decided that the impossible is possible”. He said tombs are usually closed once and for all and there is no permeation between life and death; this is the rule of nature. But what happened at the dawn of Easter was not unnatural but supernatural, he told the congregation. “Jesus did not look back but forward, and, at Easter, this is what He wants us to do; to be brave enough to look forward”,  Bishop Gáncs said, cautioning people not to bring up old grievances again and again or to talk about what would have been rightful entitlements in this life and world, but rather to be brave enough to “look forward to those who walk before us”.

The head of the Hungarian Reformed Church’s synod, István Bogárdi Szabó, said Christians are reminded each year at Easter time that “the resurrection of Christ is not a myth, but a fundamental fact which guides the lives of Christians”.

Hungary’s Jewish community celebrated Passover, or Jews’ exodus from Egypt, which falls on the same days as the Christian Easter holidays this year, András Heisler, the head of  the Federation of Hungarian Jewish Communities (Mazsihisz), said. He said this symbolises the common roots and togetherness of Jews and Christians.