Hungary’s 2019 Cake of the Year Revealed 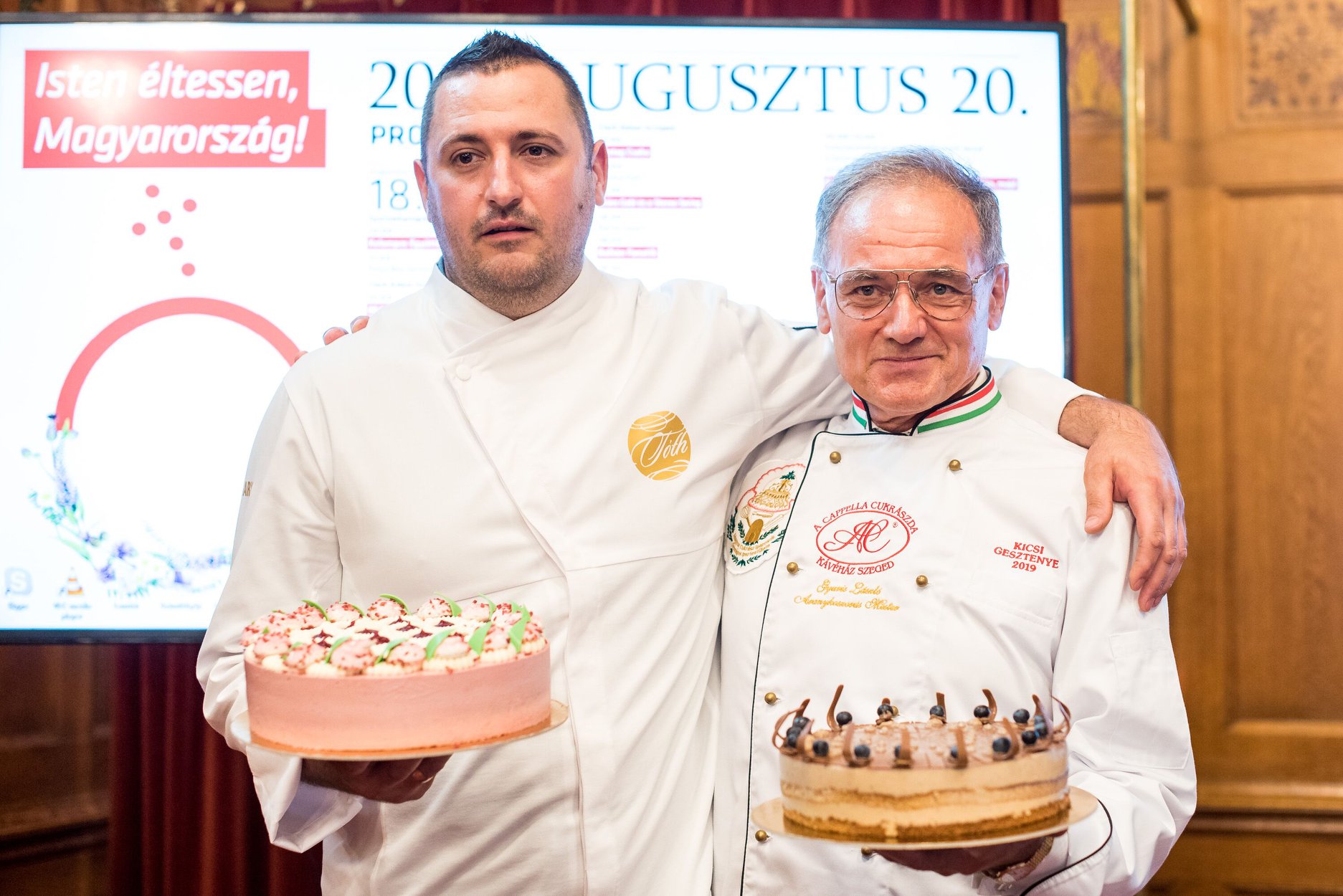 This year, the Hungarian Confectioner Craftsmen Corporation invited entries for the Hungarian Cake of the Year contest for the 13th time. The results were presented in the Parliament: of five finalists, this year’s winner, the “Cake of Hungary”, is the “Boldogasszony csipkéje”, a raspberry cake created by Norbert Tóth of Tóth Cukrászda in Dunaföldvár; while the other winner, the sugar-free cake of the country is the Kicsi Gesztenye (Little Chestnut) made by László Gyuris from Szeged’s A Cappella Cukrászda és Kávéház.

Each year, on the occasion of the national holiday on 20 August, the day when Saint Stephen founded the Hungarian State, a competition for the Cake of the Year is announced by the Hungarian Confectioner Craftsmen Corporation at the invitation of the Government of Hungary. Organized since 2007, the competition ends with a decision of the professional jury and the recipe of the winning cake speciality is shared with the general public. The guild expects the participants to come up with innovative and creative ideas yet respecting Hungarian confectionery traditions.

This year’s “Cake of Hungary” beat out four other delicious competitors to win the top prize. The winning cake, created by Norbert Tóth, who was placed third last year, is a raspberry cake with almost 600 grams of fruit in each cake, as each layer contains the ‘Boldogasszony csipkéje,’ which is the name of raspberry in Hungarian folk culture. The cake is made up of crispy layers, a sponge cake soaked in raspberry, raspberry-white chocolate cream, whipped ganache with lemon and basil, raspberry jam and raspberry meringue. The lace on the top of the cake is the same ganache as the filling with lemon and basil and raspberry jam. The cake is decorated with lyophilized (freeze-dried) raspberries and meringue. 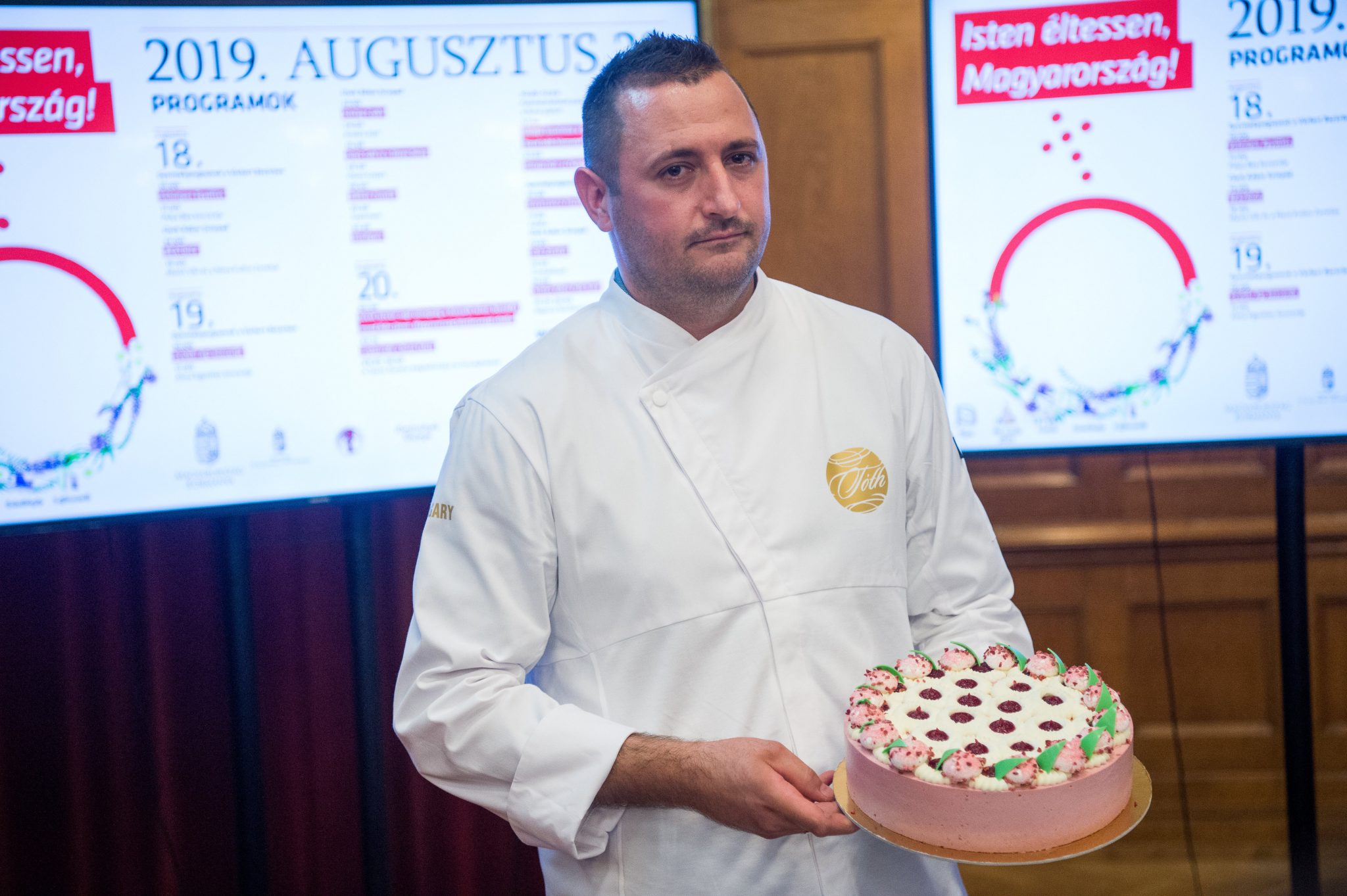 Egy Csepp Figyelem Alapítvány (One Drop of Attention Foundation, a charity organization that fights diabetes) and the Hungarian Confectioner Craftsmen Corporation have been inviting applications for the ‘Sugar-free Cake of Hungary’ title since 2012. The aim of the competition is not only the introduction of sugar-free recipes and technologies, but it also wants to attract attention to the importance of a healthy lifestyle. The winner of this year’s competition is the Little Chestnut, created by László Gyuris from the Cappella Confectionery in Szeged. The cake does not contain added sugar and flour and each slice contains only 14.9 g of carbohydrate and 204 kcal. 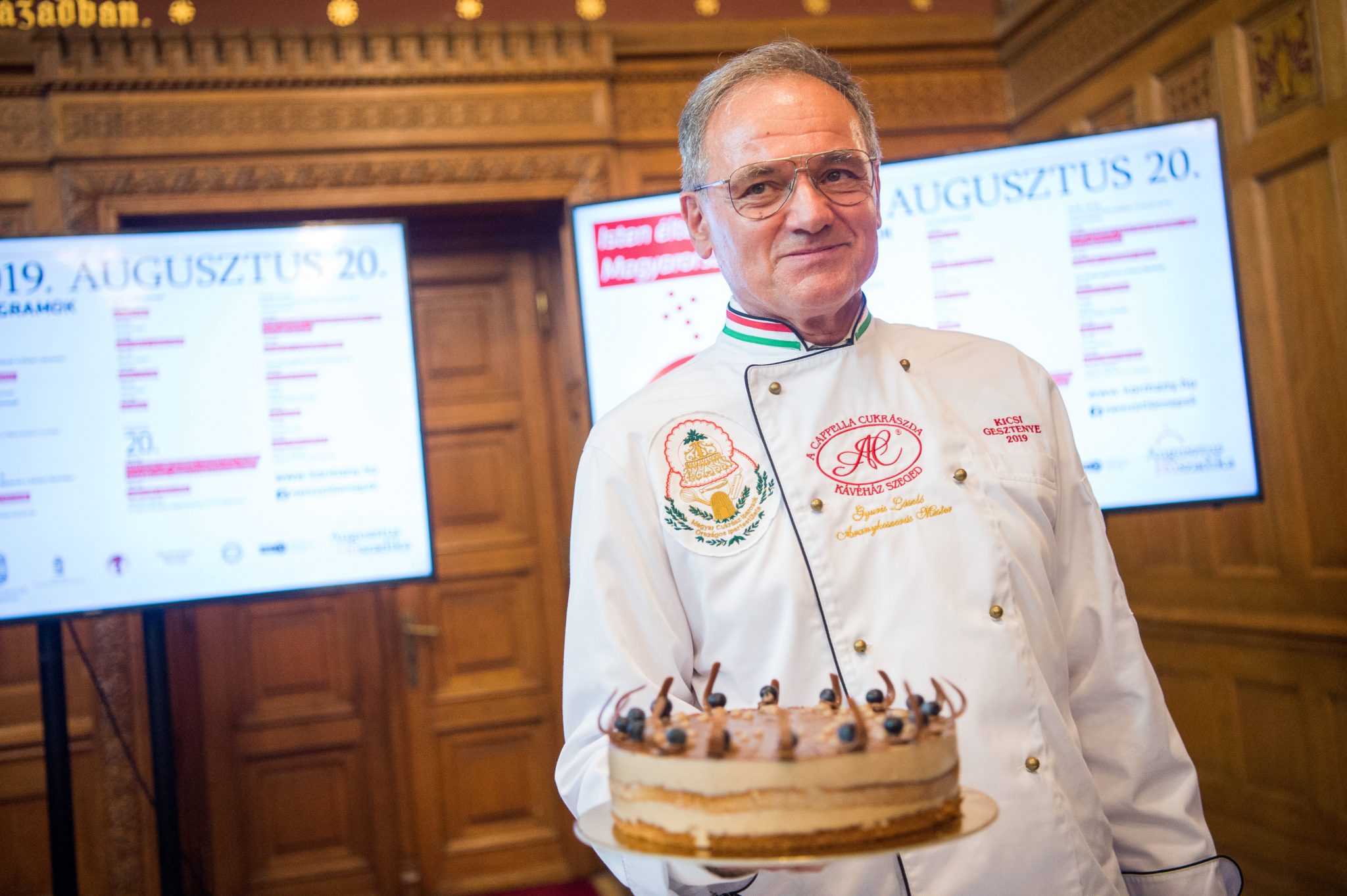 The two cakes, along with this year’s Saint Stephen’s Day bread, will be available for public tasting for this first time on 18th August in hundreds of confectioneries nationwide.