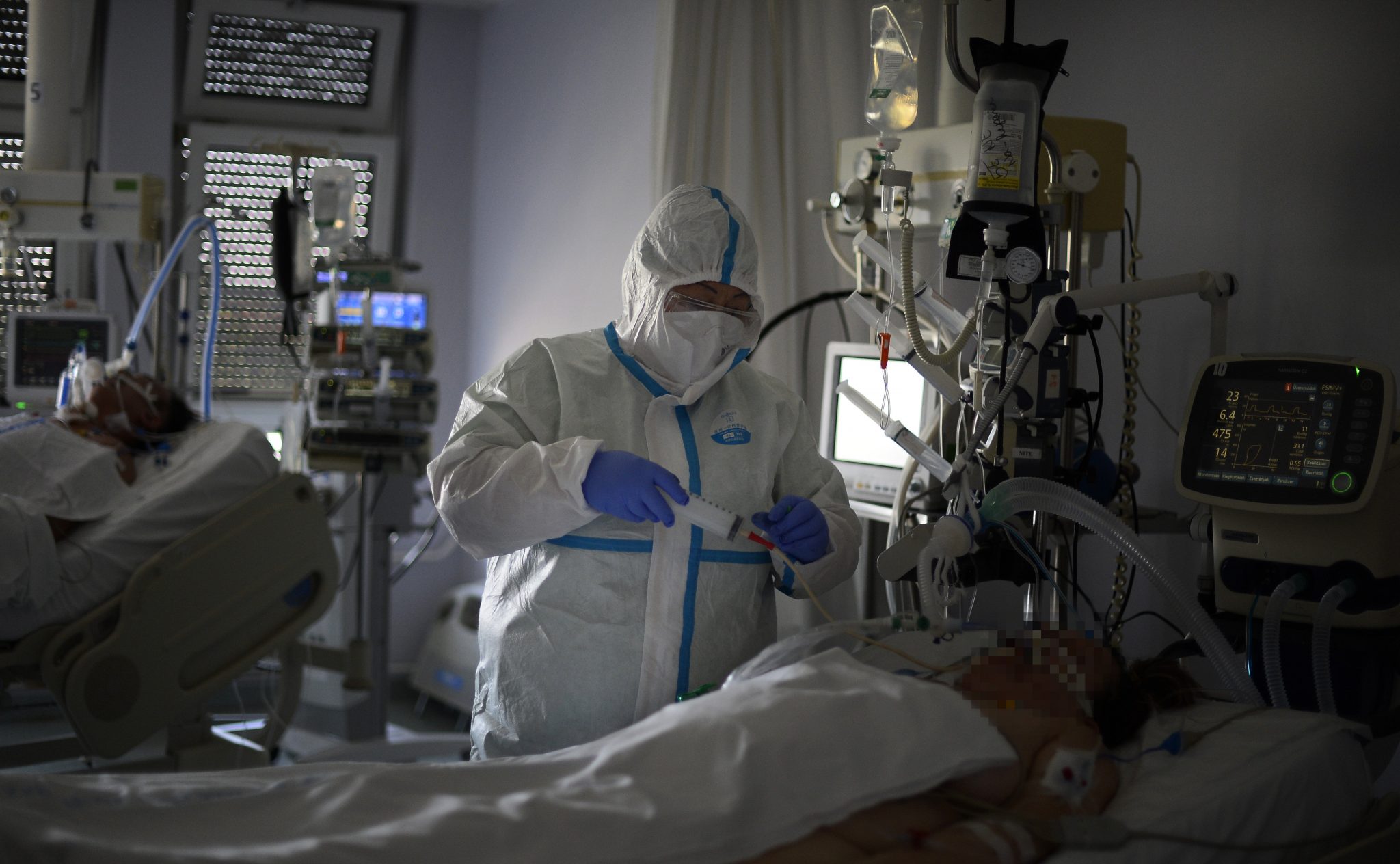 In the past weeks, the “worst-case coronavirus epidemic scenario” term, be it the sudden and mass freeing up of hospital beds, or the (planned) purchase of thousands of ventilators, has often appeared in public debates in Hungary, although it wasn’t revealed what it exactly means- up until now. Although there wasn’t a direct publication or announcement about the subject, open-eyed journalists found it in one of the video uploads of the Innovation Ministry.

The Ministry of Innovation and Technology (ITM) organized an online conference on Thursday. The two-hour long event, uploaded to the Internet on Saturday, was attended by researchers and experts who are officially supporting the Orbán government’s decision-making during the coronavirus epidemic. The presentations also revealed the worst-case scenario that has led the government to introduce several divisive measures in recent weeks, economic news site Portfolio reports.

The conference was opened by the Minister for Innovation and Technology. According to László Palkovics, the structure of the epidemic defense consists of 17 elements and is based on 4 pillars.

It was extremely important, if not the most important goal for Hungary in the current stage of the epidemic to gain time so the healthcare system could become capable of handling the spread of the virus, the innovation minister outlined.

Palkovics said that the researchers’ answer to a worst-case scenario made it clear for the highest level of preparedness.

According to this, 2.5 million people would be infected in just two weeks around the peak of the epidemic in Hungary, while 14,000 of them would need a ventilator. According to a graph shown in the presentation, the country would reach this state by the beginning of June.

Palkovics’s speech also revealed that Budapest proved to be the most disciplined in complying with defensive measures. In the capital, “there was a period when the number of contacts dropped by 90 percent. During the same period, large rural cities had an 80 percent drop, while smaller towns and villages saw a 70 percent decline.”

The minister also revealed that Hungary will start widespread testing in the future, as they want to see the country’s rate of infection. This program will launch this week, the results of which will be taken into account in various simulations.

In her presentation, epidemiologist Beatrix Oroszi, the head of the National Center for Public Health (NNK), emphasized that in Hungary the virus spreads mostly in closed communities, in the healthcare system, and in social institutions. It cannot make its way to broad sections of society. The expert said that the curve of the epidemic shows an image of a heavily repressed epidemic caused by social distancing.

She noted that the effective suppression of the epidemic gives time to prepare for its consequences, but as a side effect, herd immunity does not develop, the economy slows down, while people gradually also get tired of restrictions. In spite of this, trying to control the epidemic cannot be completely abandoned, because the spread of the virus must be retained within the limits of healthcare capacities.

Miklós Szócska, director of the Health Services Management Training Center at Semmelweis University, and Dean of the Faculty of Health and Public Administration at SE, said that the researchers analyzed the anonymous cell data of mobile network operators and examined the movement and stay-at-home indicators in detail. The movement index has been declining nationwide since the introduction of the measures.

Ferenc Jakab, professor of virology at the University of Pécs and head of the Coronavirus Research Action Group, said at the online conference, that research is taking place in four areas: drug design, development, experimental drug synthesis, search for potential drugs, and testing. The research aims to gather information about the coronavirus, learn about the mechanism of infection of the virus, and develop an effective cure, the university professor said.

Gergely Röst, mathematician at the University of Szeged, spoke about the key role of the reproduction rate, i.e., to how many people an infected person passes the pathogen.

In case of an infection rate of 1.2, the epidemic would remain manageable, but according to their calculations, at 1.3 by September 23rd, we would reach the limit of the country’s current ventilator capacity.

Keeping the number below 1 is the main goal because it would mean that there are fewer new infections than the current one, which means the epidemic is declining.

However, he emphasized that seemingly small changes in the rate can result in a drastic difference in the development of the epidemic situation, so Röst also emphasized that the easing of restrictions should be treated with great caution.