Hungary Will Not Send Troops Against Islamic State 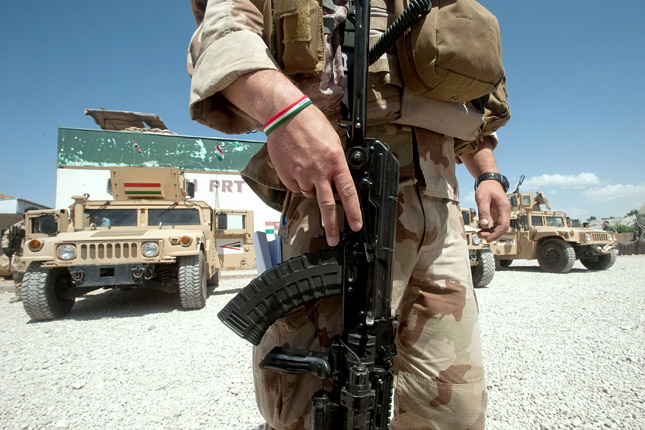 The Hungarian government’s proposal to involve Hungary’s military in international efforts to combat the Islamic State terrorist group has been rejected by opposition lawmakers. Foreign Minister Péter Szijjártó had argued that the IS destabilisation of the Middle East holds negative consequences for European security, and western efforts to combat IS should be intensified partly for this reason as well as to stop the“senseless killings” which also target Christian communities.

Hungary’s affiliation with a community dedicated to western values means fulfilling its obligations, he told MTI, noting the government’s proposal to boost the country’s contribution to the coalition, which has five training bases in Iraq, one near Erbil in the northern Kurdish region. Some 100-150 Hungarian soldiers would be required to fulfil defence tasks at this camp, he added. The ruling Fidesz party insisted that the opposition parties refused their support. Antal Rogán noted that the allied ruling Fidesz and Christian Democrats no longer have a two-thirds majority “to push this issue through the assembly”.

The opposition Socialists rejected Fidesz’s insistence that the opposition parties had refused to grant their support for Hungarian military involvement in the international coalition fighting the Islamic State terrorist group. The Socialists (MSZP) did not receive an answer from governing party lawmakers as to whether they unanimously supported Hungary’s participation in the international coalition against the IS, and it was also unclear at whose request and on what basis Hungarian troops would participate in the mission, the party said. Matters of such grave importance can only be discussed in parliament, the party said, asking the government to submit a proposal on Hungary’s participation to the national security, defence and foreign affairs committees.

Viktor Szigetvári, leader of left-wing opposition Együtt (Together), said the party had not rejected a possible international role for Hungary in the fight against the IS and is open to consultations with the governing parties. He told MTI that Rogán wrongly claimed that opposition parties had failed to support Hungarian participation. The Fidesz group leader only asked parties with a parliamentary group. Együtt has two lawmakers sitting as independents, he noted. Együtt would support Hungary’s participation in NATO’s contingent serving on a mission in Kurdistan, which would help the global fight against terrorism, and would also help improve Hungary’s “torn relations” with the US, Szigetvári said.