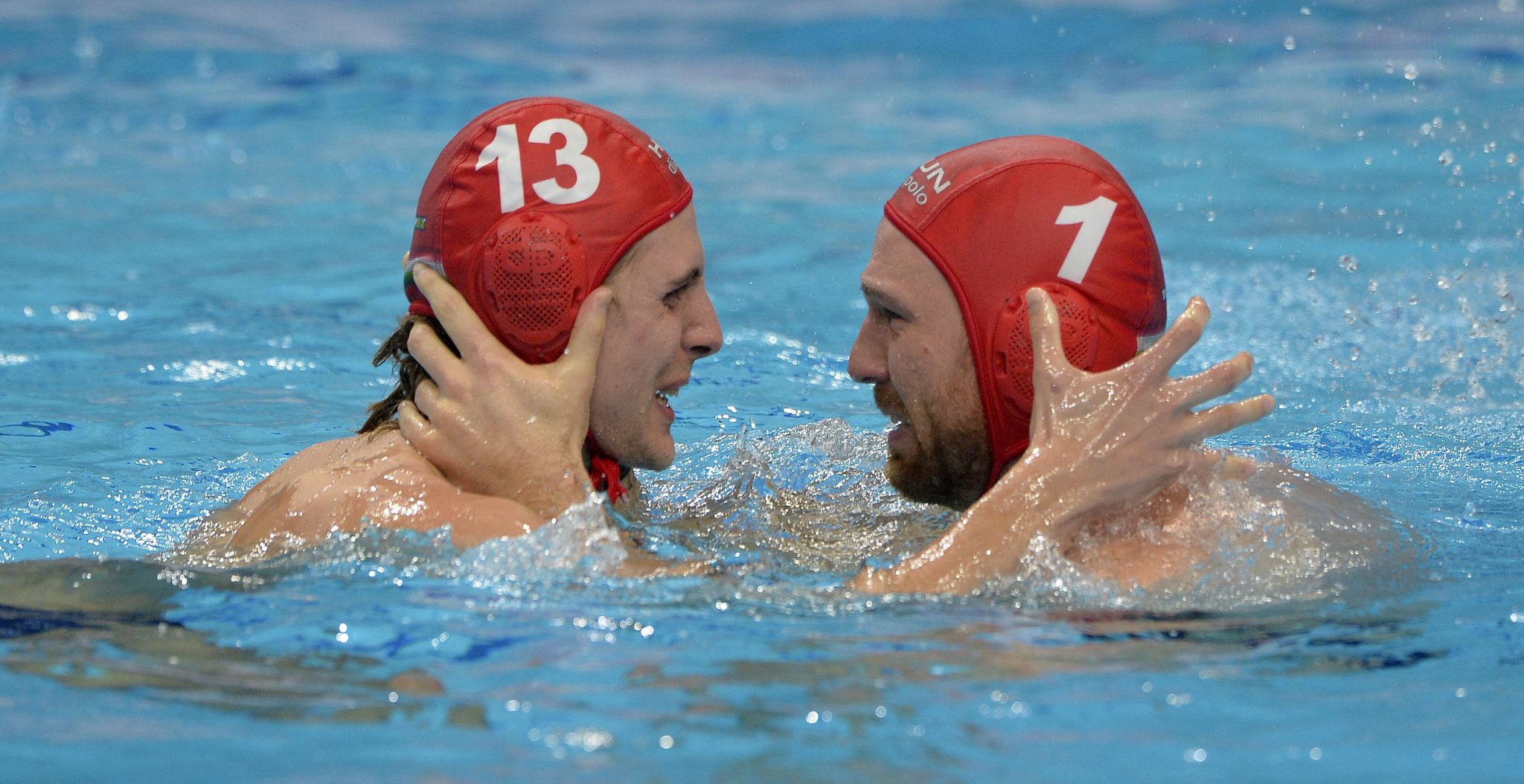 Hungary’s national men’s waterpolo team has won the 34th LEN European Championship in Budapest on Sunday, following a huge fight against Spain. The close match ended with a 9-9 draw, and the Hungarians were winning over the Spanish team in the penalty shootout 5-4. With the victory, the Hungarian team has become European champion again after 21 years and with getting into the final, they also won the Olympic quota place as well. 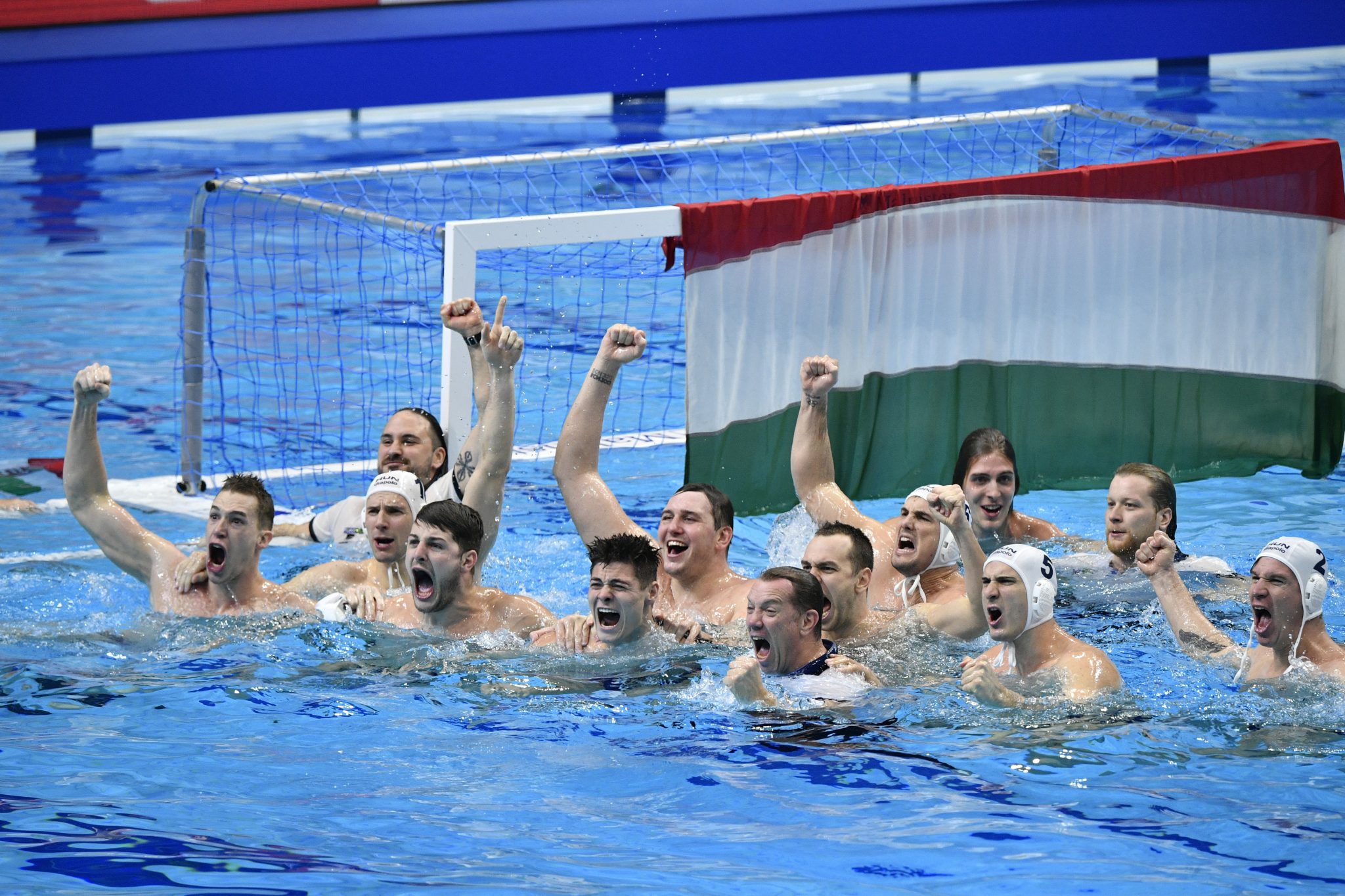 The Hungarian team won the European Championship 21 years ago in Florence in 1999, and since then, one member of the winning team is now president of the home federation, Attila Vári, and the other is Tamás Märcz, coach of the national team. The Hungarian national team has never lost to Spain in the history of the European Championships, with 15 wins and three draws in 18 matches, with the most recent draw being played in the group stage of this tournament. 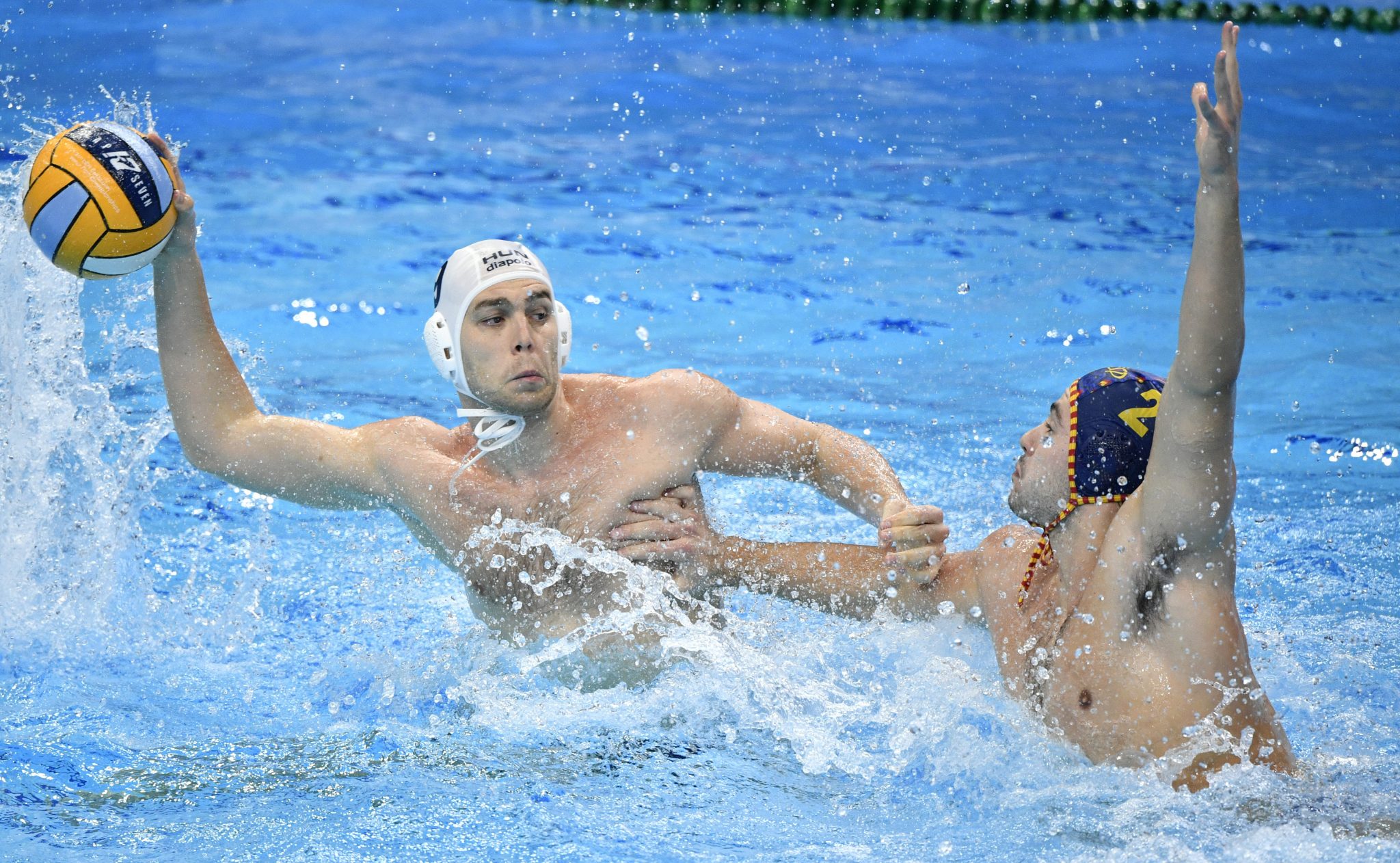 The final was not an easy match either, in the first quarter, the Hungarian team lagged behind the Spanish national team, but after the second, the Hungarians found themselves and used their defense skills, which helped them against Montenegro in the semi-finals.  However, one and a half minutes before the end, the Spaniards came back again, and the match ended with a 9-9 draw. The match was decided in a penalty shootout, which, following a change in goalkeeper, resulted in the Hungarian team winning over the Spanish 5-4. With the victory, the European Championship trophy returned to Hungary after 21 years, making coach Tamás Märcz double champion: both as a player and the head coach. After the match he said that he is most “happy to see the happiness on my players’ faces, that we have now broken a 21-year streak, and I am very pleased that we have been able to do that in front of our own audience at home.” 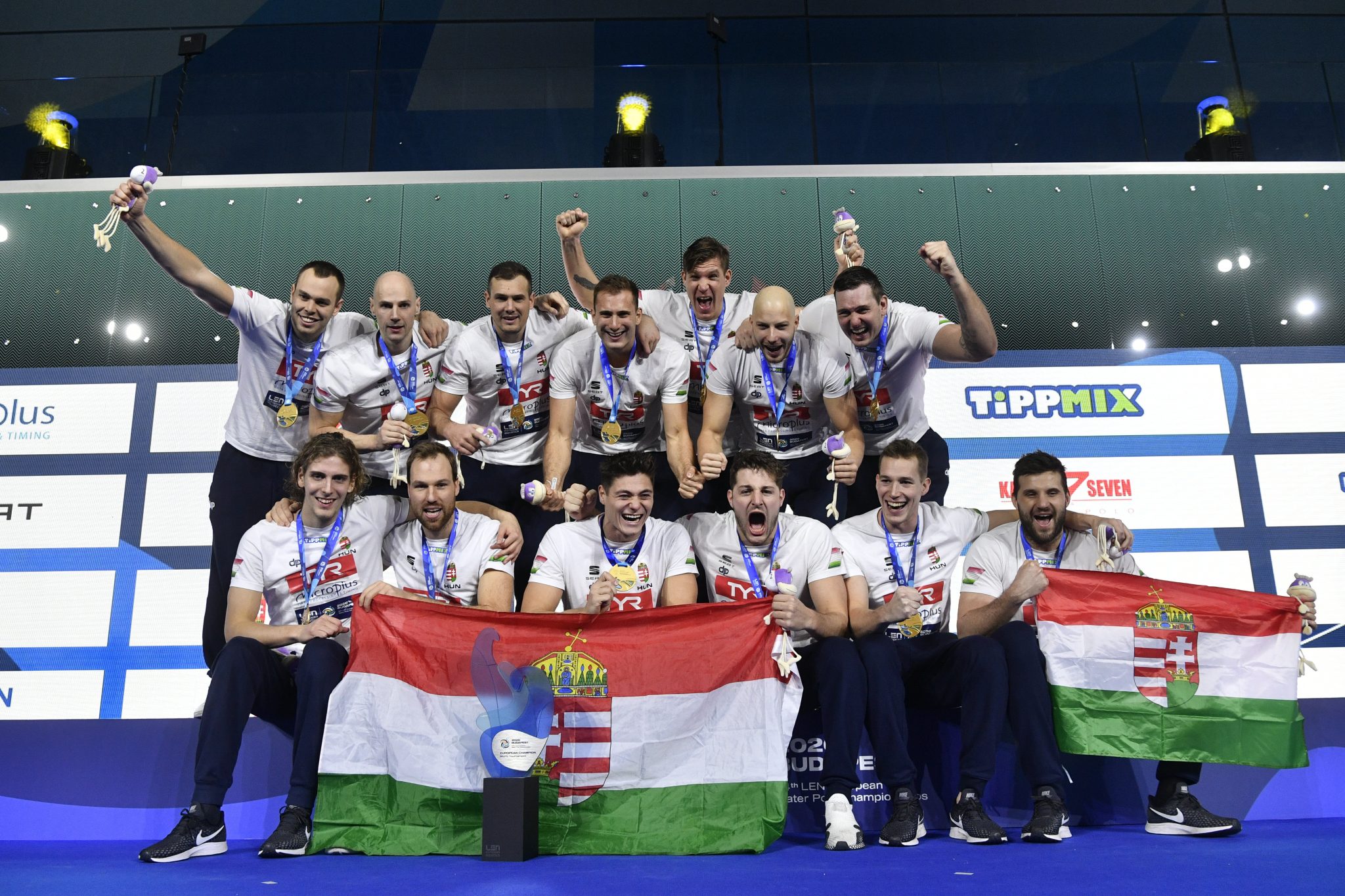 The women’s team also performed well at the European championship, winning the bronze 10-8 against The Netherlands on Saturday.

You can watch the whole Euro Waterpolo final match against Spain on the Youtube of European Aquatics:

In the featured photo: European Championship goalkeeper heroes Soma Vogel (on the left) and Viktor Nagy. Photo by Balázs Czagány/MTI