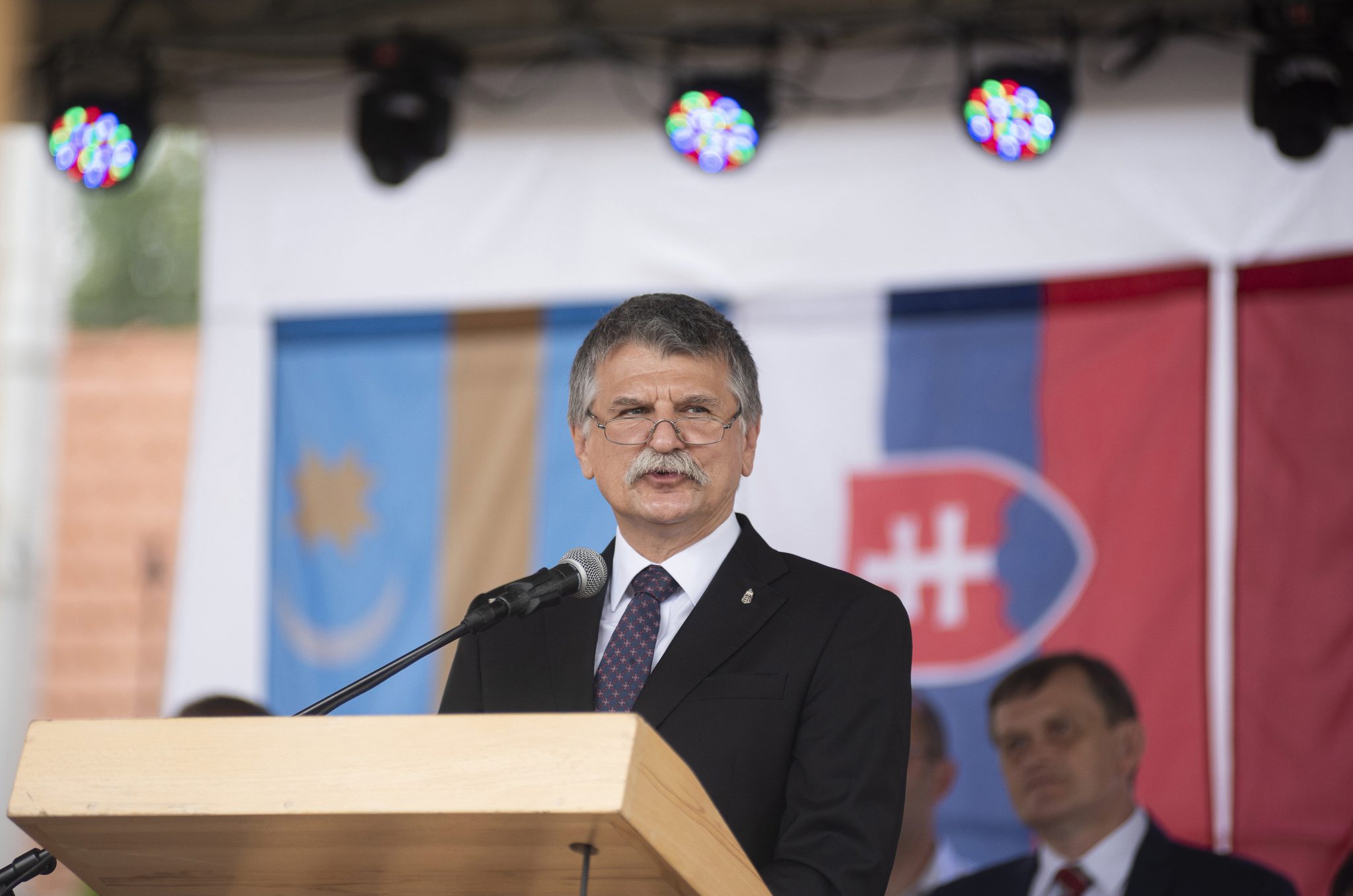 Hungary wants both itself and its neighbours to be strong nation states capable of guaranteeing national dignity and economic prosperity to their native and minority communities, Speaker of Parliament László Kövér said in Székelyszentistván (Stefanesti), in central Romania, on Saturday.

Addressing the 23rd meeting of the so-called Szent Király Alliance comprising settlements in the Carpathian Basin with “Szentistván” and “Szentkirály” in their Hungarian name, Kövér said Hungarians knew that economic, transport, logistics and cultural cooperation was the only way forward for central and eastern European countries today.

Progress today cannot be achieved through the movement of borders, exclusivity by majority native populations, the falsification of history or acts of provocation meant to intimidate others groups, Kövér told the event held at the village’s Reformed church.

“Ignoring this lesson will mean all countries and nations of the central European region will end up on the losing side of history,” Kövér said.

He noted that over the course of its history, Hungary had gone through many battles and events after which its future seemed uncertain “but it was always capable of a rebirth”. Kövér attributed this to King St. Stephen laying Hungary’s foundations on solid ground some 1,000 years ago, and making Hungary a part of Christian Europe.

“By our best intentions, this has been reflected in Hungary’s state policy since 2010,” he said. The speaker added that it was thanks to St. Stephen that after a millennium, Hungarians were still the most populous people and Hungary the most populous country in the Carpathian Basin, with Hungarian being the most widely spoken language.

At an ecumenical worship service, Transylvanian Reformed Bishop Béla Kató said it was impossible to be a Christian by “picking and choosing the parts of the Bible that we like”. “We can only survive if God and our conscience speak to us,” he added.

István Kovács, a senior official of the Unitarian Church, said: “There’s no reason to despair; time is on the side of Hungarians because we didn’t acquire our homeland in a quick trick but rather built it throughout an entire millennium.”