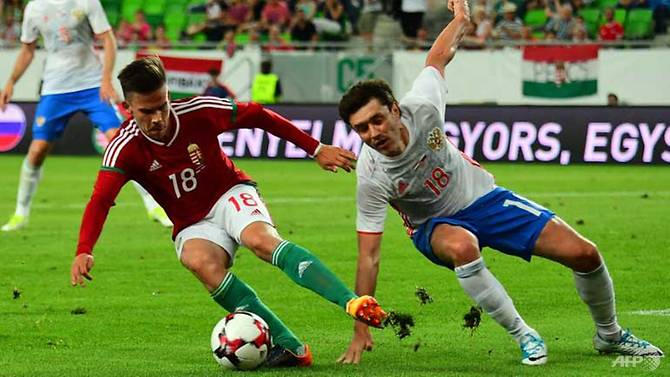 Hungary were thrashed 3-0 by Russia as a Fyodor Smolov effort, Marton Eppel own goal and late Dmitry Poloz strike sank the hosts in a warm-up game for their next World Cup qualifier.

World Cup 2018 hosts Russia played a waiting game against the home side who had a couple of new faces but no real chances.

Smolov opened the scoring with a fine solo effort after 20 minutes, the Krasnodar forward dribbling past two players before slotting into the right-hand corner of the net from 14 metres.

Hungarian champions Honved’s top scorer Eppel headed into his own net on his international debut after a Russian corner in the 40th minute to make matters worse for the home team.

FC Rostov striker Poloz added the third in the 89th.

Hungary, who are third behind Switzerland (15 points) and Portugal (12) in World Cup qualifying with seven points from five games, visit Andorra in Group B on Friday.