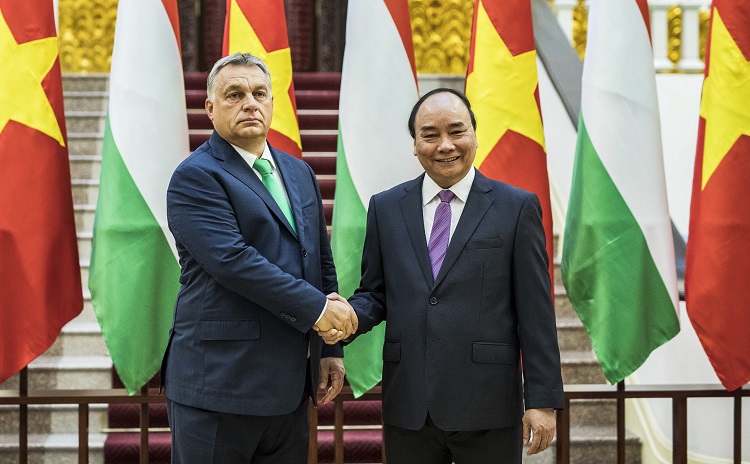 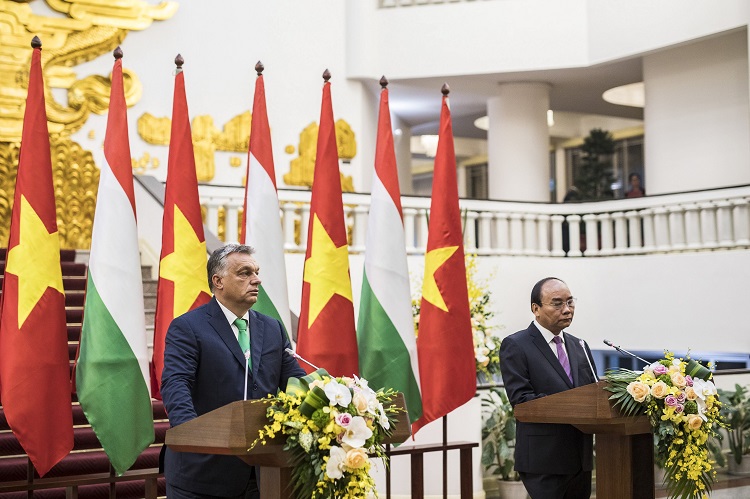 Hungary has chosen Vietnam as its regional strategic partner because of the long-standing, thriving diplomatic ties between the two countries, Viktor Orbán told a joint press conference. He also noted the nearly three thousand Vietnamese citizens who have completed their studies in Hungary, and the Vietnamese community in the country “comprised of honest and hard-working families”. According to strategic analysts, Vietnam is to become one of the fastest-developing countries in the next thirty years, Orbán said.

Viktor Orbán said Hungary “could be of help to Vietnam” especially in the health industry, water management, IT and food safety sectors.  He noted the agreement reached on Hungary building a hospital in Vietnam. Concerning education cooperation, Orban said that the number of grants given annually to Vietnamese students to study in Hungary would be raised from 100 to 200 each “to ensure the future of the countries’ relations”. Orban said the delegation of politicians and businessmen arrived to Vietnam to “express Hungary’s respect for the country and appreciation for its economic growth”.

Prime Minister of Vietnam Nguyễn Xuân Phúc spoke about the fact that his country is highly appreciative of Hungarian-Vietnamese relations. He categorised the latest negotiations as successful and pointed out that the friendship between the two countries goes back many decades, adding that at Monday’s meeting the two Prime Ministers had determined the strategic areas for the development of bilateral relations, including information technology, water management, environmental protection and cooperation in agriculture. Phúc thanked Hungary for having created favourable conditions for the integration of the Vietnamese colony living there into Hungarian society.

The foreign ministers of the two countries signed an agreement on a comprehensive, 440 million euro tied aid programme, Hungarian Foreign Minister Péter Szijjártó said.  This is the third such agreement between the two countries, he noted. Hungary has already provided aid in implementing a water purification plant project and a regional demographic registration programme, while the present programme supports 11 projects in Vietnam which are to provide Hungarian companies excellent market opportunities, he said. In the framework of the agreement, Hungary will invest 60 million euros to build a 500-bed oncology centre in the Can Tho region using an Eximbank credit line, the foreign minister said. Agreements were also signed on cooperation in finance, agriculture and information technology. 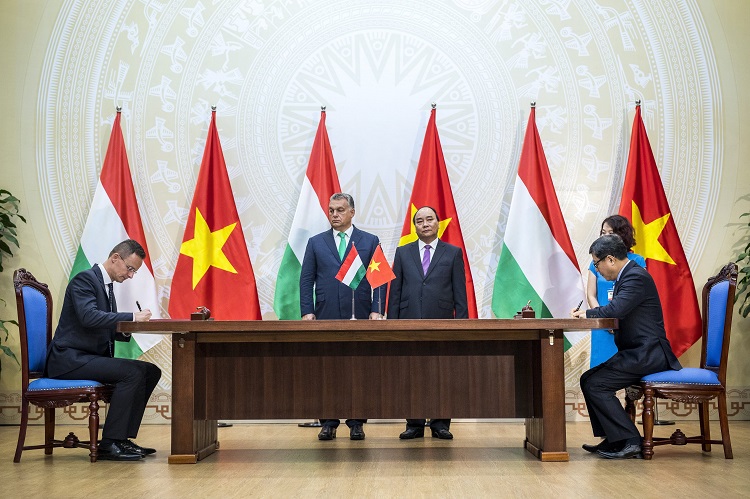 Later on the day, the Hungarian delegation’s programme continued with a Hungarian-Vietnamese business forum in Hanoi. An eastward shift of focus in global economy is expected to become stronger in the coming decades, the Viktor Orbán said told the forum. Western countries will have to “adapt to this new state of affairs”, which however will be no easy task, Viktor Orbán said in his speech.

Central Europe “has done better in adapting”, he said, noting that the countries in the region have built more extensive   relations with countries in the East than several major leading European states, he said. Vietnamese businesses looking to establish bridgeheads to Europe in a dynamically developing economic region would do well to consider central Europe, especially Hungary, Orbán said. 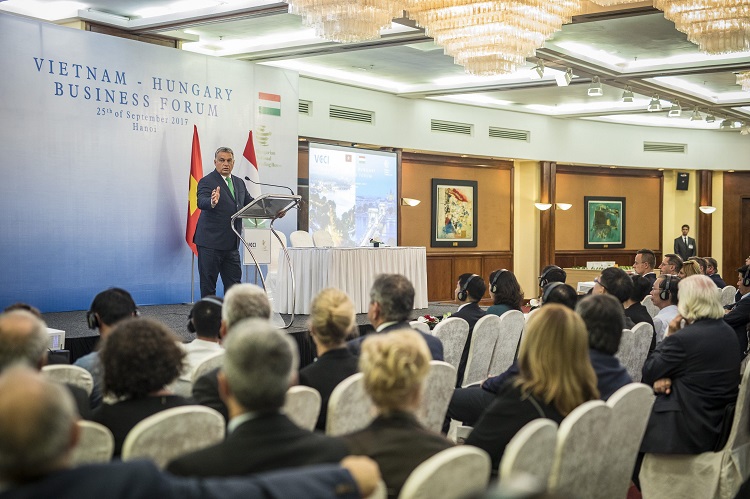 Meeting with the President

During his visit to Vietnam, the Hungarian Premier was also received by the President of Vietnam Trần Đại Quang and the Speaker of Parliament Nguyễn Thị Kim Ngân as well as the General Secretary of the Communist Party of Vietnam Nguyễn Phú Trọng. Viktor Orbán  laid a wreath at the Tomb of the Unknown Soldier in the Vietnamese capital, after which he was received with full military honours at the Presidential palace. 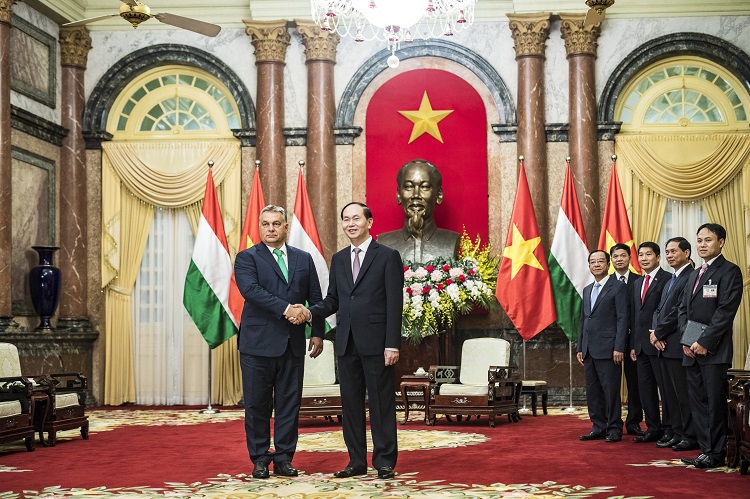 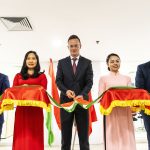 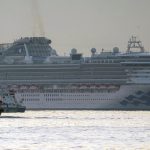