People to be inoculated will be asked which vaccine they preferred, but if the preferred product is not available the client will have to wait until it was purchased, the head of the Prime Minister’s Office told his regular weekly press conference on Thursday.

Vaccine supplies to the EU are “clearly insufficient”, Gergely Gulyás said, noting that mass vaccination was already under way in Israel, the US, the UK and in several Arab countries. The Hungarian government is “forced to find its own sources for a vaccine” as mass vaccination against Covid-19 has not yet started in the European Union due to “delays by the European Commission,” the minister said.

Hungary cannot ease its coronavirus-related restrictions as long as there is no significant drop in the number of new cases, Gulyás said, but added that the spread of the virus was slowing down and the number of fatalities was also decreasing, contrary to a large part of the region where a third wave of the pandemic had hit.

“The Orbán government is in talks with every potential supplier including China and Russia,” Gergely Gulyás said. He stressed that the government would only buy vaccines “that have been used to inoculate several million people” and that the Hungarian authorities deem “safe and effective”.

Gulyás slammed the European Medicine Agency for slow licencing, and said that Hungary’s authorities had already granted a licence to the AstraZeneca vaccine. “If the European authority followed suit, vaccination (in Hungary) could start,” he said. He also noted that a Russian vaccine had also been granted a temporary licence to be applied in Hungary, adding that Foreign Minister Péter Szijjártó was having talks on the subject in Moscow on Thursday.

Gulyás said patients would not be offered an opportunity to reserve dates for inoculation with their GPs, saying that “an appropriate schedule cannot be followed unless there is a central registry”.

Gulyás said that people to be inoculated would be asked which vaccine they preferred, but added that if the preferred product was not available the client would have to wait until it was purchased.

Related article
Coronavirus: 1,755,000 People in Hungary Have Registered for Vaccine 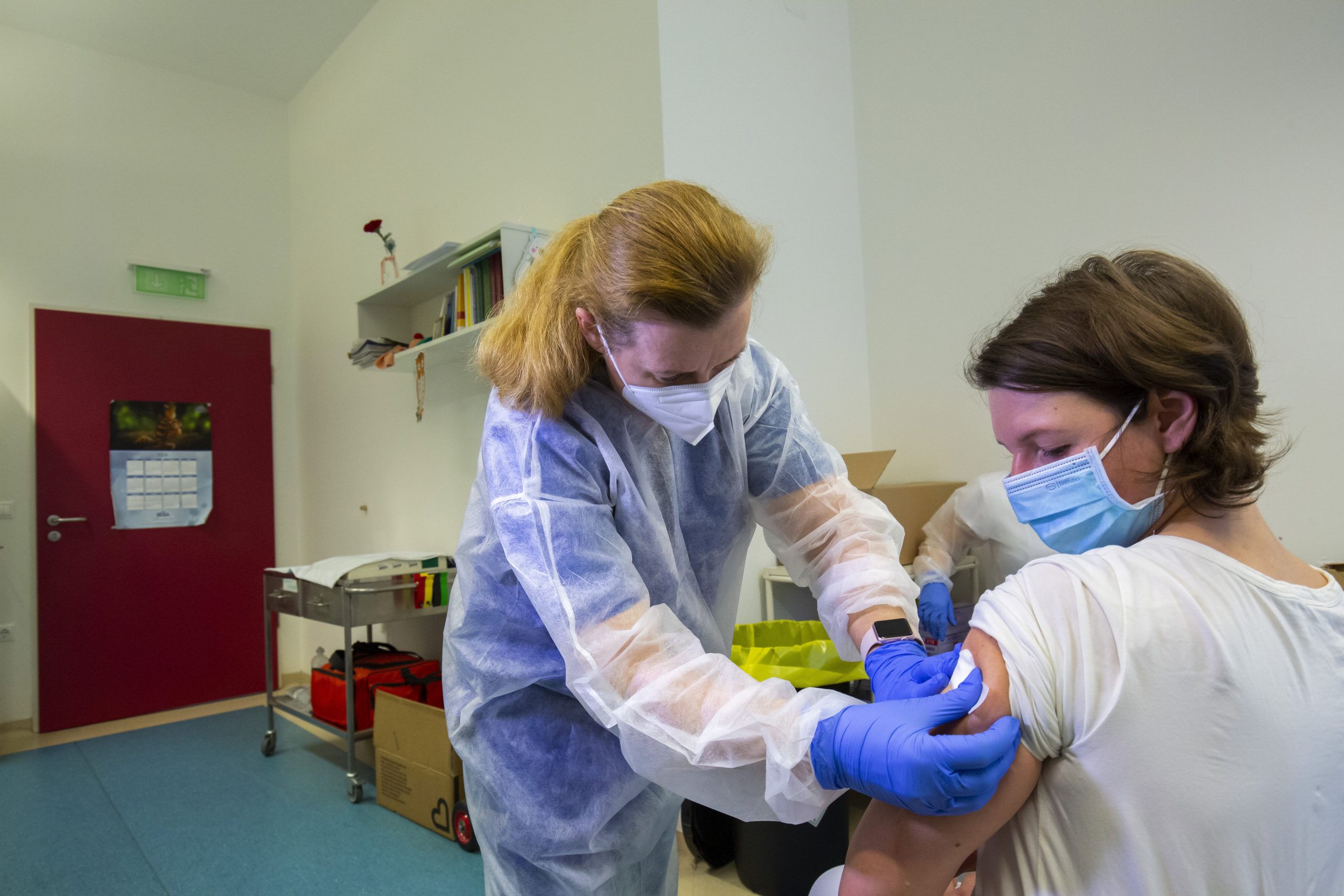 So far 1,755,000 people in Hungary have registered for the coronavirus vaccination online and by mail, according to a government official. Those who have opted in will be kept informed of the latest developments, Csaba Dömötör, a Prime Minister’s Office parliamentary state secretary, said in a Facebook video on Wednesday. He noted that vaccinations have […]Continue reading

Residents will be provided a plastic card certifying that they have been inoculated or they have recovered from Covid-19, starting probably in mid-February, Gulyás said, adding that once a sufficient number of people were vaccinated restrictions could be lifted.

Gulyás called it “irresponsible” to “spread rumours about vaccines that could save lives”. He also said it was fake news that unused vaccines were dumped. “It could not happen and it would have serious consequences,” he said, adding that doctors must not disregard the official vaccination schedule.

Asked about the suggestion by health experts that the Chinese vaccine should only be used if licenced by the EU, he said

Hungary has its own authorities, and the government does not think that a licence by the European authority carries any greater credibility”.

Gulyás was asked about leftist criticism of the government pressuring the health authorities to licence the Russian and Chinese vaccines in Hungary, in light of the Austrian, Danish, and Greek governments calling on the European Medicine Agency to grant a licence to the Oxford/Astra Zeneca vaccine. The minister said the government would not pressure any authority to disregard professional protocols. At the same time, the licencing process must be accelerated because “thousand are dying … people who would not die had they been inoculated.”

Answering a question about whether Hungary would meet the European target of vaccinating 80 percent of people above the age of 80, as well as health and welfare employees, by March, and 70 percent of the adult population by the summer, Gulyás said that in light of delays in vaccine supplies from the EU, this could only be achieved if alternative sources of supply were involved.

Gulyás said that Pfizer could not be sanctioned for temporarily supplying smaller amounts of its vaccine under effective agreements.

Responding to another question, Gulyás said that no government member had so far been inoculated because “any deviation from the vaccination plan would only be possible by changing the rules”.