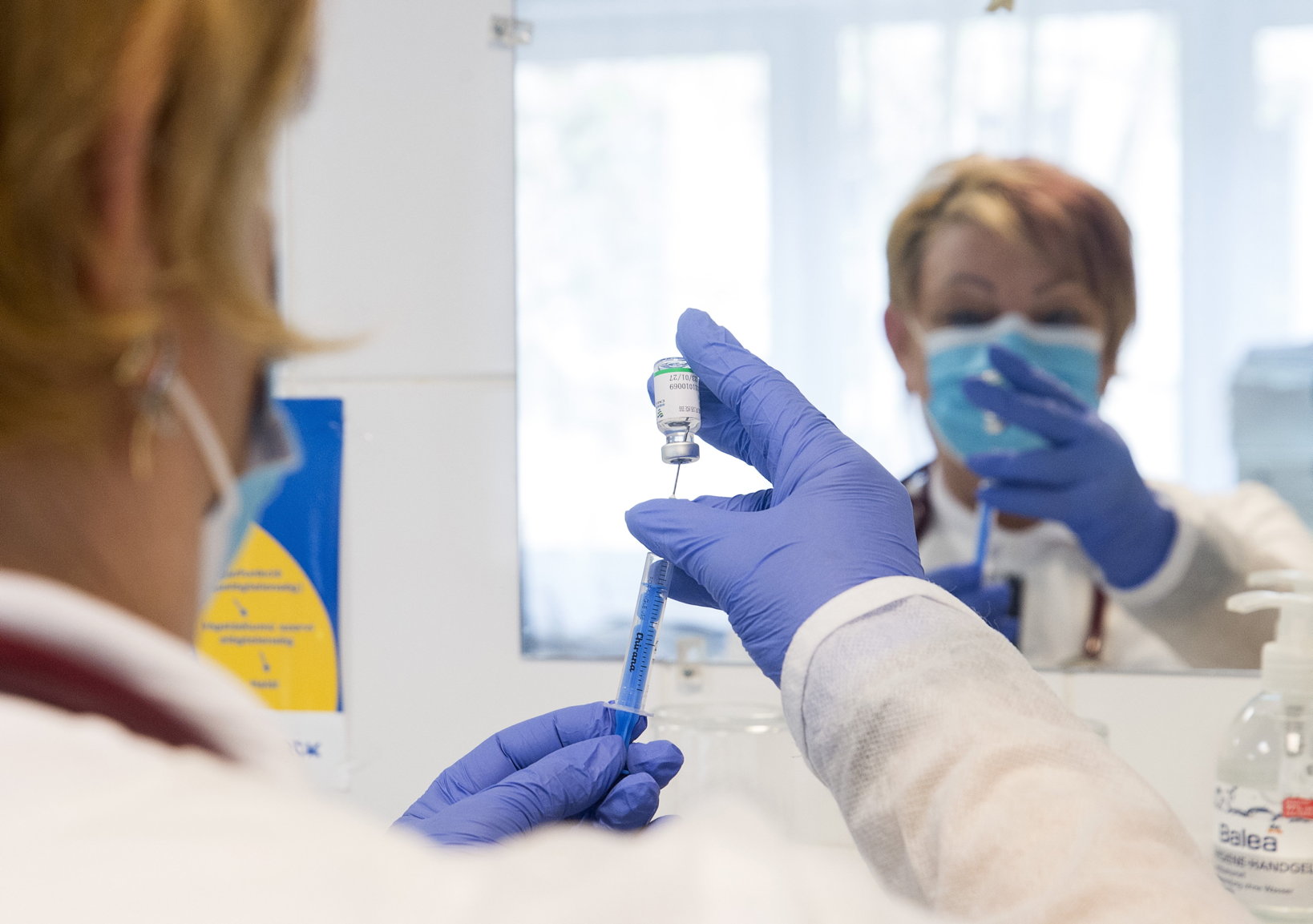 As Prime Minister Orbán announces plans to gradually reopen the country, including schools, as soon as 2.5 million Hungarians have received their first coronavirus vaccination, a fierce and partisan dispute over the government’s strategy to contain the pandemic rolls on.

Magyar Demokrata’s Károly Szalay is shocked that the opposition parties are all so critical of the government’s vaccination strategy. The pro-government columnist accuses the opposition of discouraging Hungarians from taking the Eastern jabs and alleging that Russian and Chinese jabs were approved without proper investigation. This strategy, however, will backfire, Szalay thinks, since Hungary has the second highest vaccination rate in the EU. Hungarians will appreciate the government’s efforts to end the pandemic, he believes.

Magyar Nemzet’s Dávid Megyeri finds it nauseating that opposition politicians ‘weaken trust’ in vaccines, while at the same time, are happy to accept the jabs to protect their own lives. As an example, the pro-government pundit mentions that former PM Gyurcsány was inoculated with the Pfizer vaccine, while members of his party discourage Hungarians from taking the Eastern jabs, or, more recently, raised doubts about the safety of the AstraZeneca vaccine.

On Origo, sociologist Károly Bozsonyi of the pro-government think tank Center for Fundamental Rights points out that the cross-country comparative data on coronavirus mortality is methodologically flawed and cannot be trusted. Bozsonyi writes that different countries follow different protocols in their mortality reporting. Some consider all the infected deceased as coronavirus victims, while other countries count only those whose immediate cause of death was the virus. In Hungary, a coronavirus infected individual who dies of injuries sustained in a car accident is also counted as a COVID victim, Bozsonyi explains. Therefore, it is no surprise that Hungary has one of the highest mortality rates in the world according to the statistics. As an alternative and better metric, Bozsonyi recommends gauging the coronavirus mortality rate by looking into the annual mortality statistics to estimate the number of deaths related to coronavirus. In such a comparison, Hungary’s 8.7 per cent excess mortality rate last year is below the 10.6 per cent EU average, and amounts to less than half the Spanish, Polish and Belgian rates.

On Azonnali, Gábor Balogh recalls that while in opposition in 2009, Fidesz downplayed the threat of the H1N1 epidemic, and criticized the Socialist-Liberal government’s vaccination scheme. Among others, Fidesz accused the government of syphoning off public funds through offshore companies commissioned with purchasing H1N1 jabs, and several Fidesz politicians openly declared that they would not take the jab, the conservative commentator notes. Consequently, the governing Left accused Fidesz of risking lives by weakening trust in vaccines, Balogh adds. In the current epidemic, the actors are the same, but they have switched roles, he concludes.

Népszava’s Péter Németh criticizes former PM Gyurcsány as well as the government. The left-wing commentator dismisses as ‘unnecessary and untrue’ a statement by Gyurcsány likening the government to mass murderers. Németh notes that Gyurcsány’s statement is as absurd as former Cabinet Minister János Lázár’s suggestion that Eastern vaccines saved 600,000 Hungarian lives, while the shortage of Western vaccines resulted in 20,000 deaths. Németh hopes that the Left will abandon this style and use a more positive discourse.

In Élet és Irodalom, Ferenc Falus, the former Chief Medical Officer and opposition mayoral candidate in the 2014 Budapest municipal election denies the widespread claim that the EU’s vaccine purchase scheme has been a failure. Falus points out that the EU vaccine rollout strategy was intended to provide equal access to jabs for smaller EU member states. The government is attacking the EU in an attempt to divert attention from its own failure to contain the pandemic, he suggests.