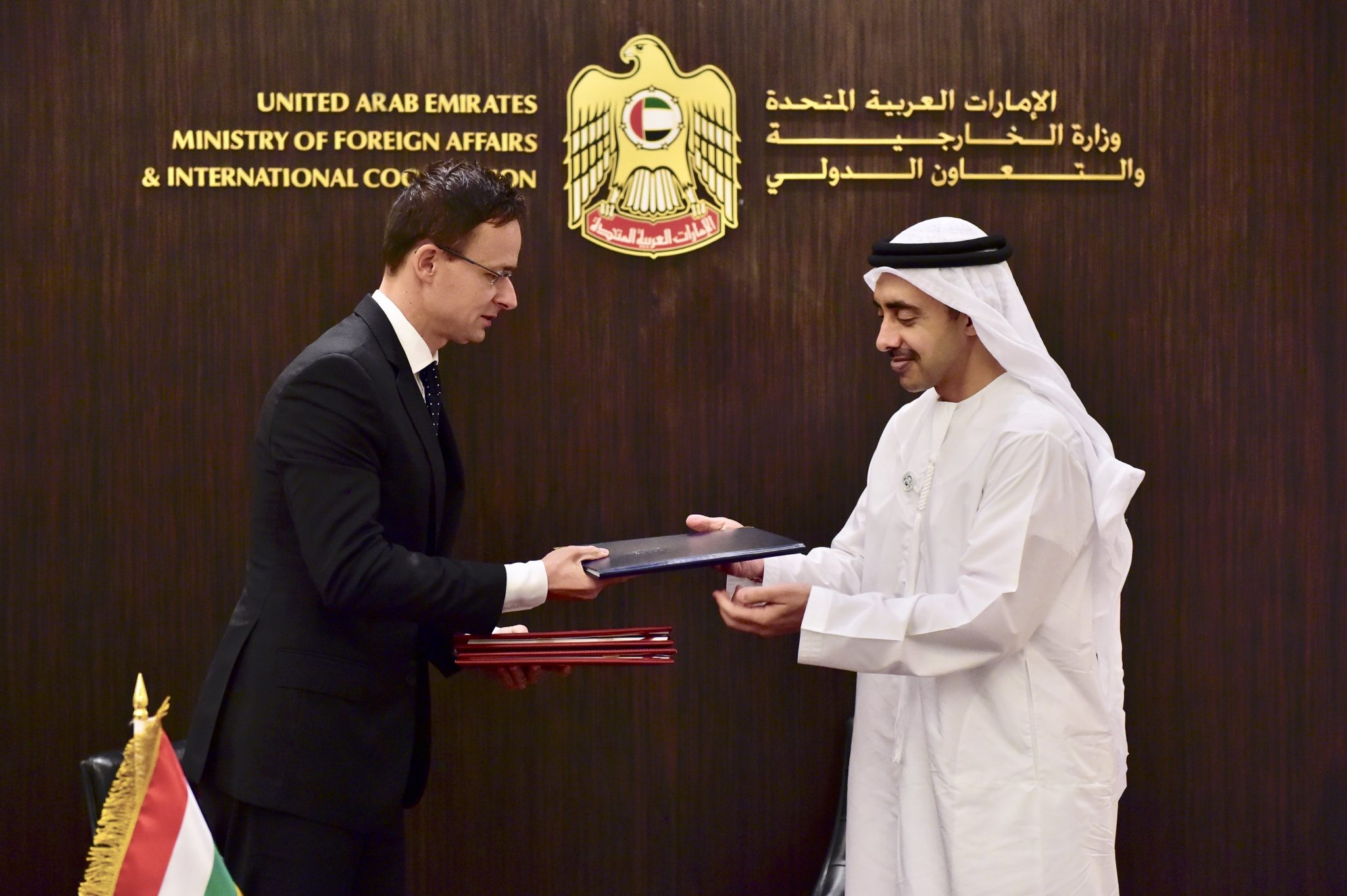 Hungary will support the election of the United Arab Emirates to the United Nations Security Council and the Human Rights Council, Foreign Minister Péter Szijjártó said on Facebook on Wednesday.

Szijjártó said he had spoken with UAE Foreign Minister Sheikh Abdullah bin Zayed Al Nahyan on the phone to discuss, among other things, the Middle Eastern country’s agreement to normalise ties with Israel.

Szijjártó congratulated his counterpart on his role in drafting the “historic” agreement.

“This agreement can fuel the hope in everyone that an era of peace can one day truly be ushered in in the Middle East,” the minister said.

Szijjártó said Hungary considers both Israel and the UAE a friend and a valuable partner and supports their aspirations at international forums as well.

The minister said he had also assured Sheikh Abdullah that Hungary will support the UAE’s election to the UN Security Council and the Human Rights Council.

He added that the two countries have concluded their talks on an agreement on the mutual protection of investments, which he said reflected the interests of Hungarian companies doing business in the region and would constitute a “significant step forward in economic cooperation”.