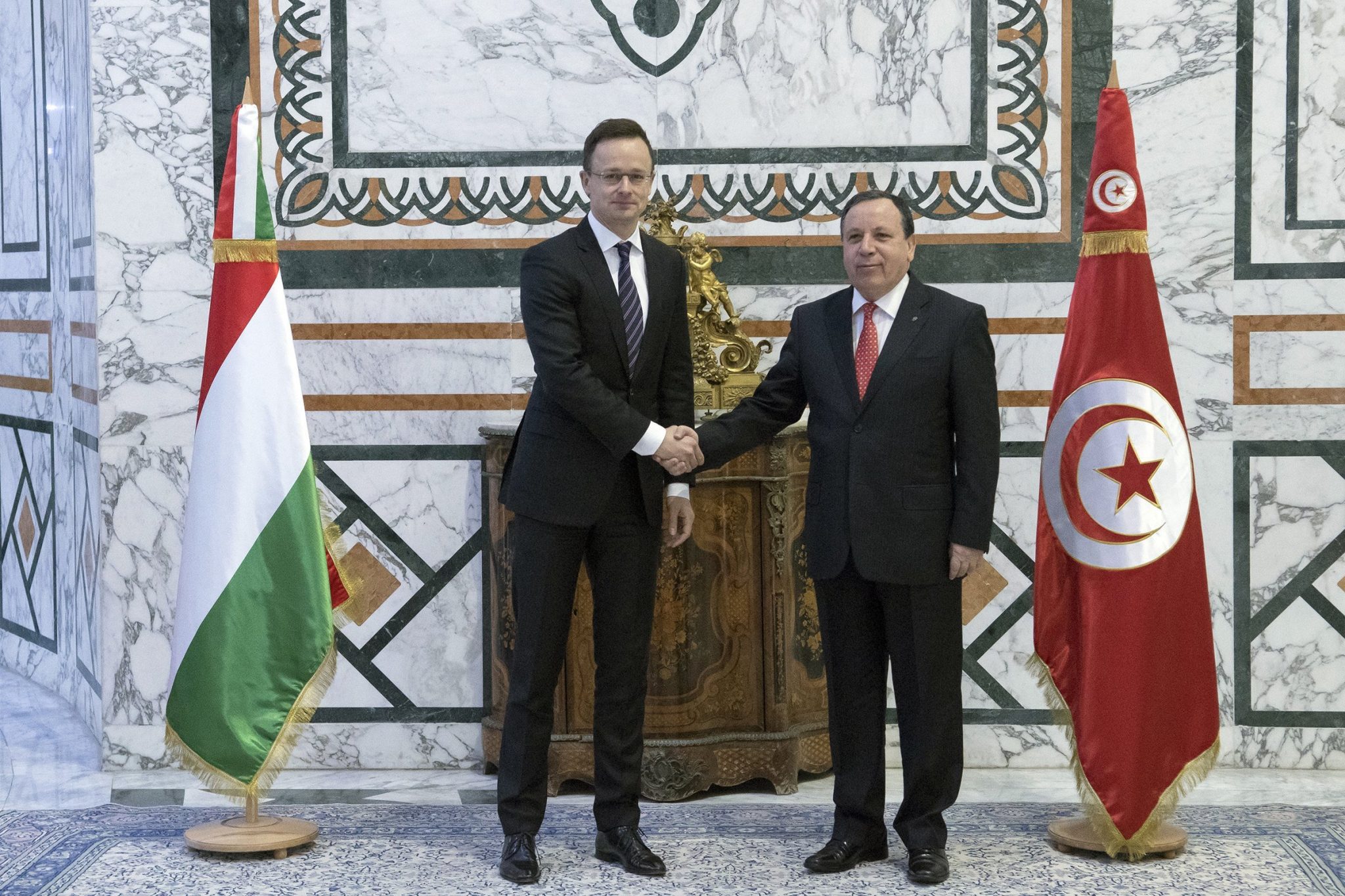 Hungary agreed with Tunisia on cooperation in the areas of law enforcement and defence, Foreign Minister Péter Szijjártó said after talks with Khemaies Jhinaoui, his Tunisian counterpart, in Tunis on Wednesday.

Keeping also its interests in view, Hungary aims to contribute to Europe’s efforts towards helping North African countries in maintaining stability, combatting terrorism, protecting their borders and improving their people’s living standards so as to prevent a mass exodus from the region, Szijjártó told MTI by phone.

Hungary has therefore agreed with Tunisia that its police officers will provide training for that country’s land and airport border protection forces in the fields of crisis management, risk assessment, and combatting cross-border crime, he added. Hungary’s counter-terrorism force TEK will also train Tunisia’s special border protection forces, he said.

In other areas of cooperation, the two ministers agreed that Hungary would supply to Tunisia water purification equipment with capacity to produce 20,000 litres of drinking water per day and increase the number of university grants for Tunisian students by 90 to 200.

Szijjártó said that a meeting of the Hungarian-Tunisian economic committee had been called for April.

on the featured photo: Péter Szijjártó and Khemaies Jhinaoui
photo by Zsolt Burger/Ministry of Foreign Affairs and Trade