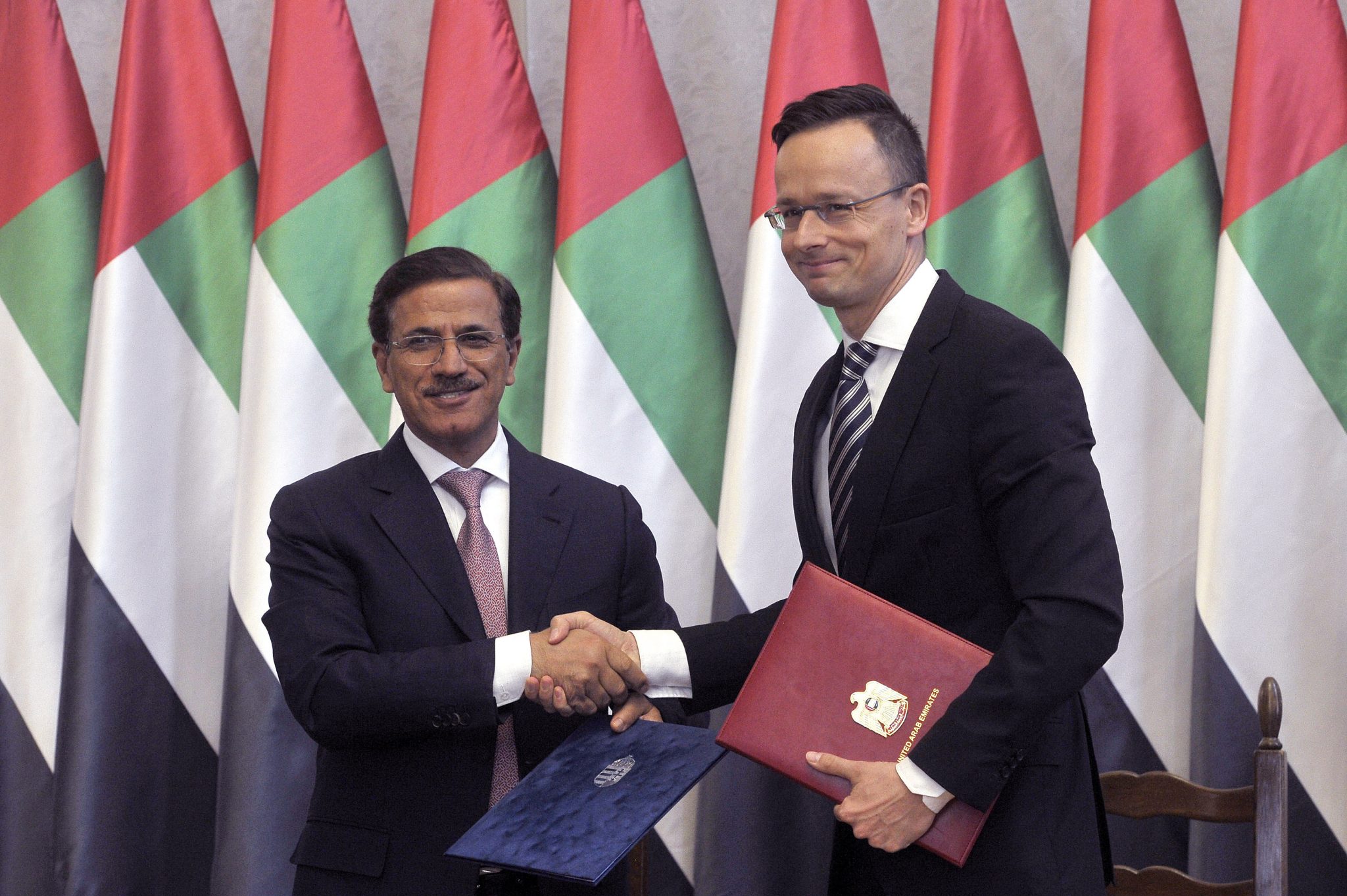 Hungary strives to build close economic ties with the United Arab Emirates, one of the countries “setting the pace for global economic change”, Foreign Minister Péter Szijjártó said after a session of the Hungary-UAE joint business committee in Budapest on Friday.

Cooperation between UAE and Hungarian firms will be promoted by way of a credit line of 630 million dollars set up by Hungary’s Eximbank, Szijjártó said.

Szijjártó and Sultan bin Saeed Al Mansoori, his UAE counterpart, signed an agreement aimed at closer cooperation in research and technology with special regard to renewable energies, GMO-free food products and automatic vehicles.