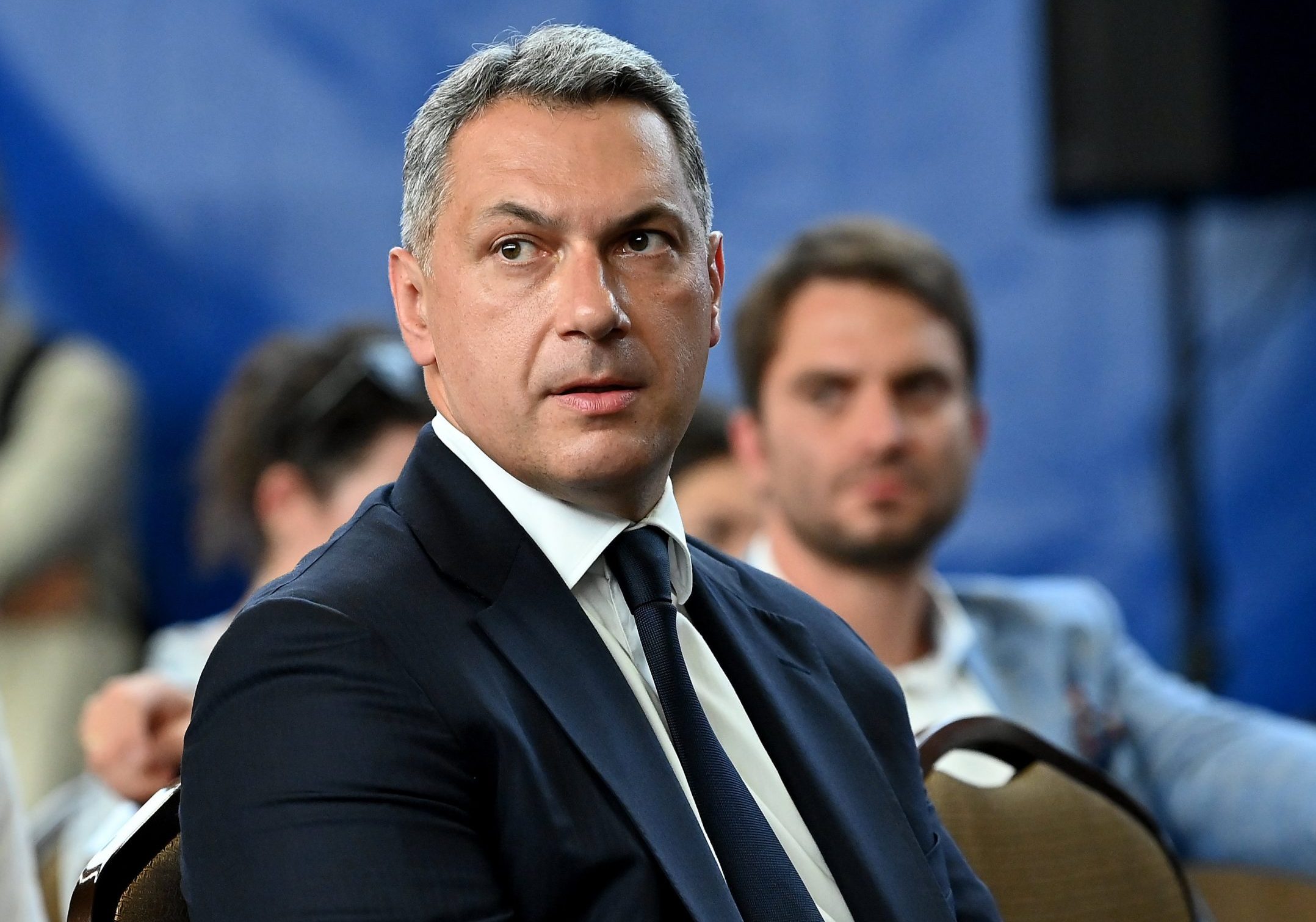 János Lázár, Fidesz Member of Parliament, and the only candidate for the position of President of the Hungarian Tennis Association (MTSZ), was elected yesterday at Monday’s general assembly. He proposed that the presidency should elect not only a president but also a team. He nominated one candidate for vice-president, former tennis player László Markovits and president of Vasas, while 16 people were running for the remaining nine posts in the presidency. Those whom the former PMO head nominated to the presidency received the most votes, so he can start working on ‘conflict management’ with his team.

János Lázár, the only contender for the post, was unanimously elected as President of the Hungarian Tennis Association with 156 ‘yes,’ and two invalid votes. László Markovits became the vice-president of the organization, and those nominated by János Lázár for the remaining seats of the presidency were also elected.

Lázár said in an exclusive interview with Nemzeti Sport last week that he had applied to run the organization at the request of Viktor Orbán. However, he would not lead the association as a politician but rather as “an experienced conflict manager.” He added that the prime minister “encouraged me to try to establish cooperation between the players and the association, and to help resolve disputes and economic bankruptcy within the MTSZ.” 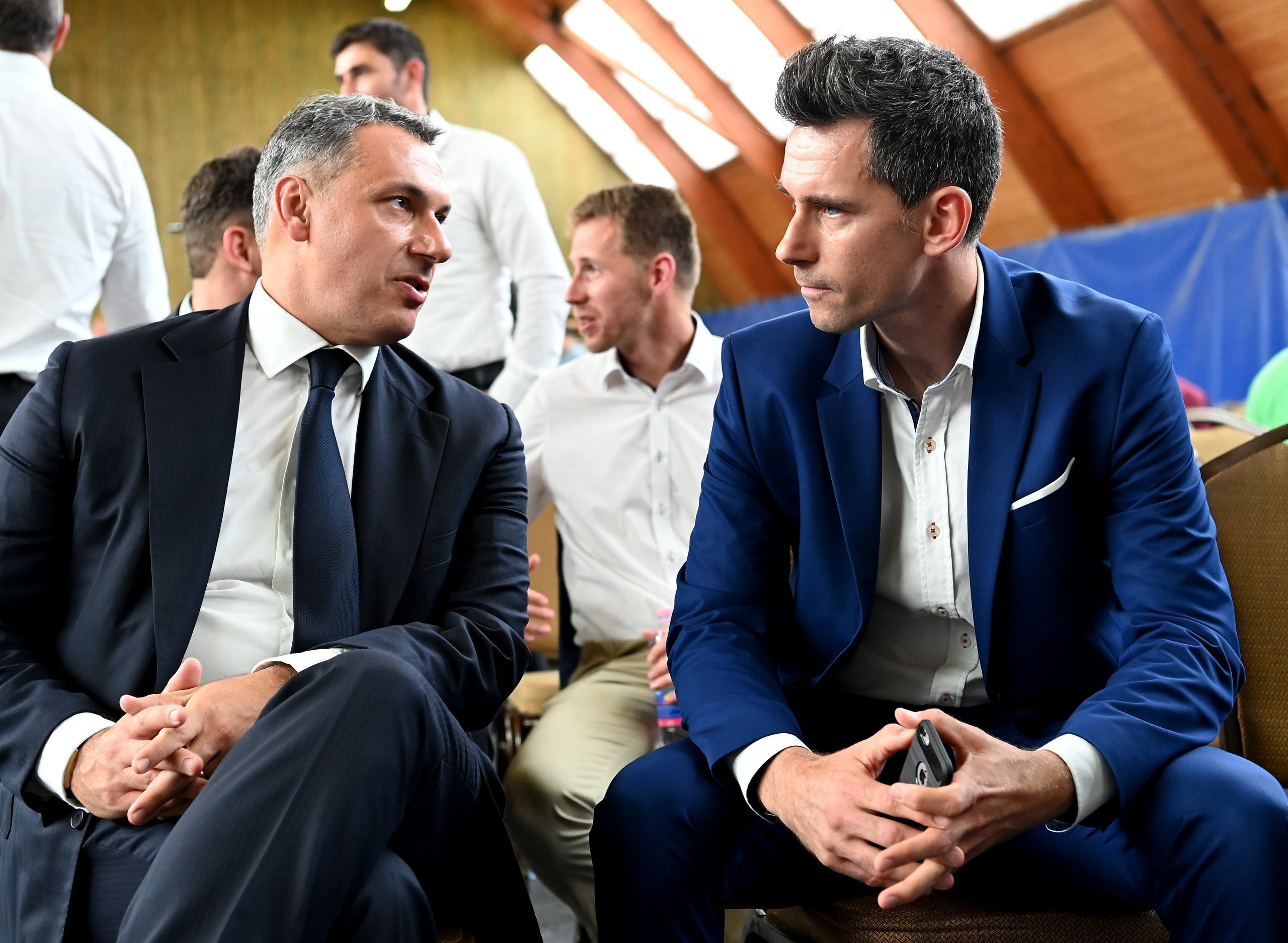 Back then, Lázár also listed the team who he wants to work with in the future as the president of MTSZ. In addition to László Markovits, the former national champion Gréta Schmitt (daughter of the two-time Olympic champion fencer, former president Pál Schmitt) would also be involved in the team’s work. In addition to them, businessmen and politicians such as Sándor Zwack, Chairman of the Board of Directors of Zwack Unicum Plc, Péter Noszek, Head of Nestlé Hungária Kft., László Papp, and Zoltán Balaicz, the mayors of Debrecen and Zalaegerszeg, respectively, are also running for seats in the presidency. In order for Lázár’s entire team to start working, the first item on the agenda will be an amendment to the statutes: increasing the number of members of the presidency from seven to eleven.

Four member organizations proposed the election of a chief president, a chief vice president, and nine chief board members – the presidency previously consisted of seven members. The association decided unanimously to increase the number of members of the presidency to 11 people, so Lázár can work with those he previously listed. Only László Markovits applied for the position of vice-president, thus he was elected. The nine presidency members are Sándor Zwack, László Papp, Péter Noszek, Gréta Schmitt, Csaba Lantos, László Vágó, Zoltán Nagy, Zoltán Balaicz, and Zsolt Nagy.

Earlier, in a Facebook video, the former head of the Prime Minister’s Office asked the association to not only elect a president but a team. He also said he sees the presidency as a fixed-term task for a year, during which his primary role would be to help close the past and consolidate the association, both financially and professionally. He added: “I do not want to lay judgement down upon the debate participants, but it is an unquestionable fact that although Lajos Szűcs’s presidency has brought many positive initiatives, some of them became the basis of disagreements later.”

The antecedent of Monday’s extraordinary general meeting of the association was that on May 13th, five members of the board – Farkas Bársony, János Dudik, Péter Gém, György Molnár, and Csaba Viszló all resigned. The members of the presidency resigned due to – in addition to internal conflicts – management problems that arose under the previous leadership. The report of Miklós Fekete, the financial commissioner appointed to screen the Hungarian Tennis Association, showed a debt of HUF 3.792 billion (EUR 11 million), which was first reported by leftist daily Népszava. At the same time, the tennis association indicated in its reply that this is the level of debt, but its net budgetary impact is “only” HUF 2.4 billion (EUR 7 million). Among other things, MTSZ did not pay about HUF 87 million (EUR 251,000) to its 42 subsidized competitors, just as it owed almost HUF 70 million (EUR 200,000) in wages to its employees. In addition, many domestic and foreign companies expected money from them, as did the Ministry of Human Resources.