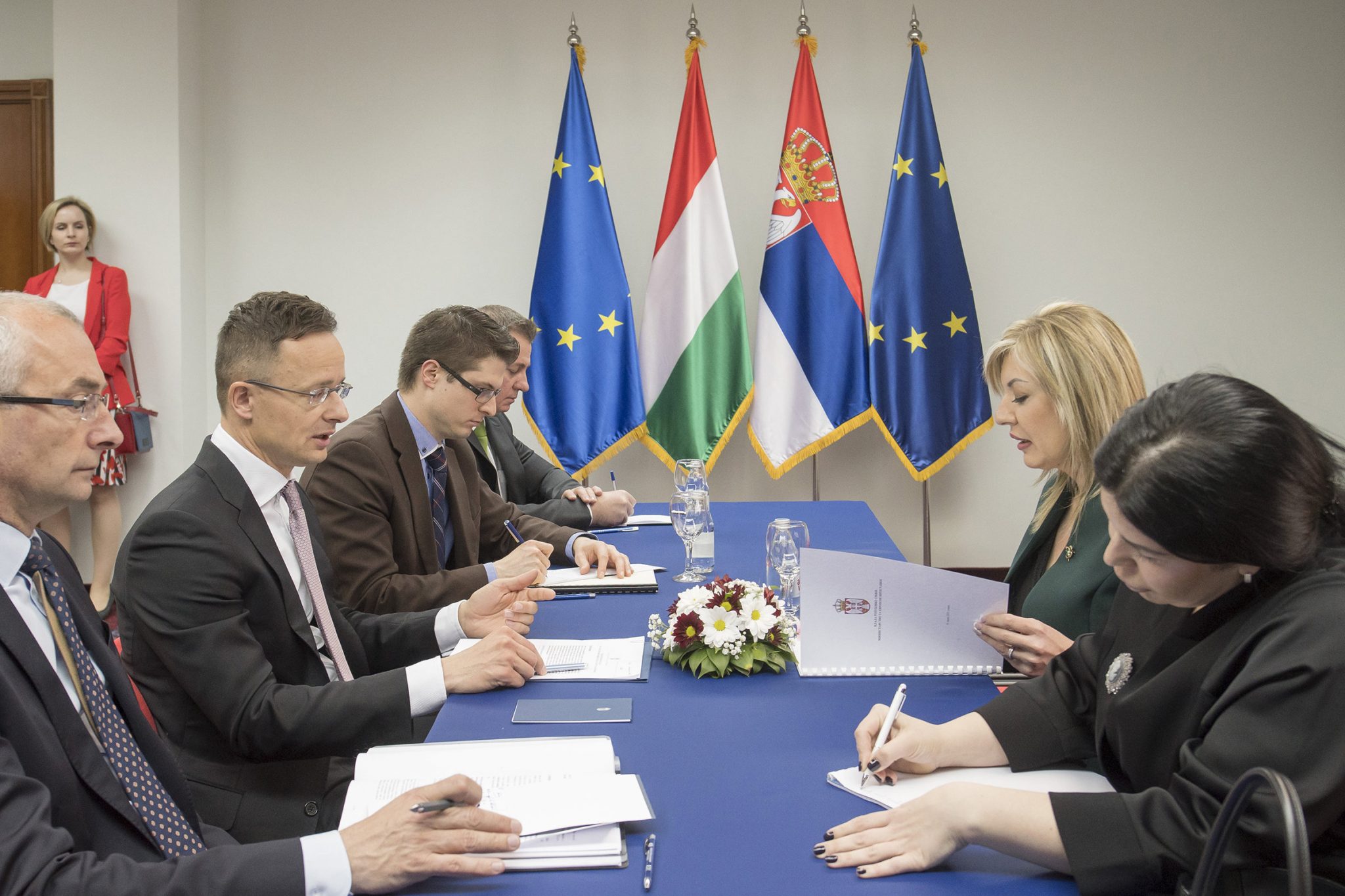 Serbia’s becoming a strong country is “clearly in Hungary’s interest”, Foreign Minister Peter Szijjártó said on the sidelines of talks with Serbian government members in Szabadka (Subotica), in northern Serbia, on Monday, and added that “the strength of its neighbours increases Hungary’s appreciation”.

Among the true supporters of Serbia’s integration, Hungary is the only country that dares to come up with that position. Europe’s mainstream politics is against enlargement, and we need to fight in Brussels to give momentum to the enlargement process and to remove the European Commission’s artificial barriers”

Concerning the Hungarian economy, Szijjártó said that Serbia and Bosnia and Herzegovina are “primary destinations” for Hungarian investment, and added that the government has earmarked a sum of 10 billion forints (EUR 31.1m) to support that trend.

Hungary’s Eximbank has set up a credit line of 110 million euros to support bilateral trade with Serbia, while the Hungarian foreign ministry has set aside 1.6 billion forints to support Hungarian participation in infrastructure projects in Serbia, Szijjártó said.

Referring to the Hungarian government’s programme aimed at promoting Hungarian businesses in Serbia’s northern Vojvodina province, Szijjártó said that the scheme was “a huge and unquestionable success”. So far, 10,000 bids have been awarded and the resulting investment has totalled 65 billion forints, he said and added that the programme would use another 7.5 billion forints this year.

Szijjártó also announced that the two governments were scheduled to sign an agreement under which Hungary and Serbia could mutually deploy diplomats at the other country’s embassies. “It means that we will be able to ensure our presence efficiently and at a lower cost” in places where Hungary does not have diplomatic representation, he said.