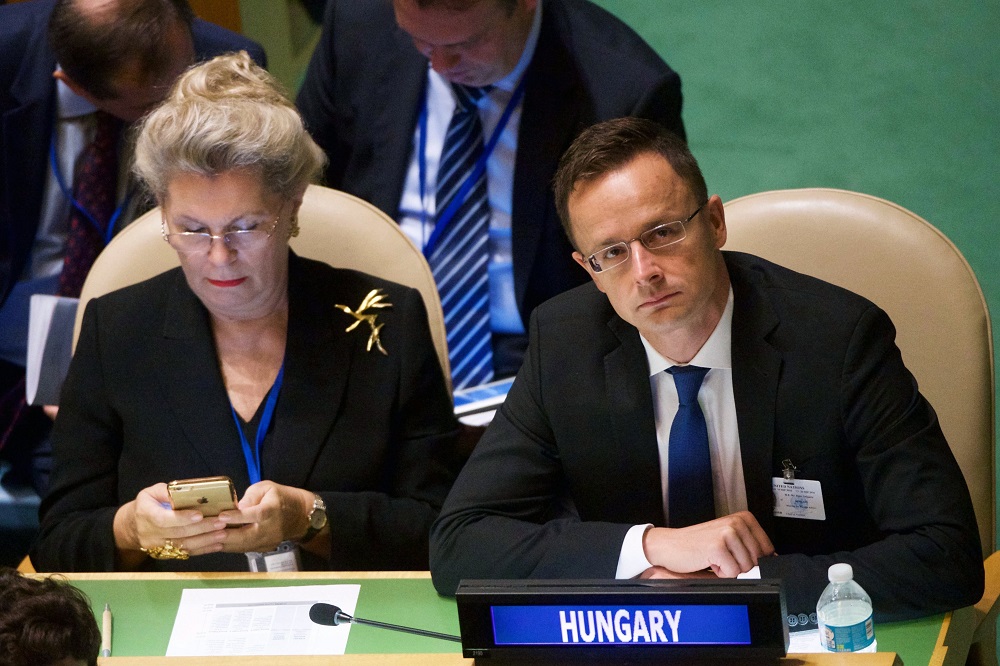 Hungary presented a six-point proposal on how to handle the migration crisis at a migration summit of the United Nations in New York on Monday.

Foreign Minister Péter Szijjártó said before the summit that Hungary’s position is that approaches to migration must be based on international law, which states that “the right to safety is a basic human right, but choosing the country where one wants to live is not.” He also said that in his view “there seems to be an increasingly large vacuum developing between the people and the political elite with regard to their view of immigration, and not just in Europe, but throughout the world.

“First of all we must handle the causes of migration, meaning we must provide assistance where there is trouble and not bring the trouble here. This is why we must not inspire the 30-35 million people who are in the vicinity of Europe to set out for the continent”, Szijjártó declared.

As the second criteria, the Hungarian Foreign Minsiter explained that “It must be made clear that a wave of migration without any kind of control that leads to the illegal crossing of our borders represents a huge security risk and has given terrorist organisations the opportunity to get their terrorists into Europe, and as a result immigration has led to the highest ever terrorist threat in Europe”.

“Thirdly, we must make it clear that it is the responsibility of every country and every state to protect its own citizens. Accordingly, we must put an end to the hypocritical and often vile accusations that are made against countries that are protecting their own borders, and with them their own citizens”, Péter Szijjártó said.

“It must also be made clear that 90 percent of illegal immigrants have been brought to Europe by criminal organisations and people smugglers, meaning we must continue the battle against people smugglers”, Szijjártó insisted.

Hungary’s fifth proposal is the reinforcement of preventive diplomacy on the part of the United Nations to prevent crises, wars and armed conflicts that arise in the vicinity of Europe from escalating further.

Last but not least the Hungarian Foreign Minister highlighted: “We, and especially the Western world, must realize that exporting democracy bears with it grave risks, especially in areas such as the Middle East and North Africa, which are populated by people from totally different religious and cultural backgrounds than for instance in Europe of the United States.”