The Hungarian government has maintained positive diplomatic relations with Russia for years, and the vaccine procurement deals Hungary made with China and Russia have helped played a significant role in the vaccination of 16 percent of its population with at least one dose, compared to the European Union’s average vaccination rate of 9 percent. Despite the effectiveness of Sputnik V in Hungary’s vaccination program, shipments have been falling behind schedule, and the amount of vaccines arriving have not been equal to the amount the procurement contract agreed upon.

So far 1,035,600 doses of Sputnik V have arrived in Hungary, less than the expected 1 million 600 thousand doses which were supposed to arrive by yesterday, March 23.

On March 11, Minister of the Prime Minister’s Office Gergely Gulyás shared the agreement Hungary made for the Russian vaccine. Referring to two doses of the vaccine as “treatments,” the contract specifies that the total amount of doses will be shipped to Hungary at monthly intervals.

According to the deadlines of Hungary’s Sputnik V procurement plan, a total of 1 million 600 thousand doses of Sputnik V were due in Hungary by Tuesday, March 23. This falls short of the contract.

The contract allows the buyer to terminate the agreement if the seller delays the delivery of their products, however this is is unlikely to happen since Hungary needs these vaccines.

Hungarian officials have chosen not to bring up the discrepancies in the arrivals, and have instead focused on stating the amount of vaccines that have arrived or are set to arrive in Hungary.

Unlike Sputnik V, the Hungarian government has been critical of the European Union for its slow rollout of Pfizer-BioNTech, Moderna, and AstraZeneca vaccines.

Last Thursday, a shipment of 54,000 Moderna and 21,600 AstraZeneca vaccine doses arrived, less than one third of the previously agreed amount, and unlikely to be compensated effectively within the next few weeks.

However, Pfizer-BioNTech has completed the shipment of more than 1,1 million doses, the full amount planned for the first three months.

Hungarian government officials have, in the same way they did for the Chinese vaccine, been publicly promoting inoculation with the Russian vaccine. The government has repeatedly stated that within the next few months, enough vaccines should arrive from Russia and China to vacccinated 3.5 million Hungarians.

Minister of Foreign Affairs and Trade Péter Szijjártó did not only publicize his vaccination with Sputnik V, but also appeared on Russian state-run television to discuss the relevance of the vaccine in Hungary’s inoculation program.

Russia’s Ministry of Foreign Affairs also tweeted in English about Szijjártó’s vaccination with the hashtag RussiaHelps.

The Hungarian foreign minister advocated strongly for the vaccine, saying that without it, Hungary could not have achieved its more than 1.5 million vaccinations.

The coronavirus vaccine is not an ideological issue and the acquisition of vaccines from China and Russia has greatly helped speed up Hungary’s vaccination drive, Foreign Minister Péter Szijjártó said in an interview with the Russia Today TV channel posted on his Facebook page on Sunday. Szijjártó said in the interview that by Sunday morning […]Continue reading

Szijjártó shared his vaccination with the Hungarian public as well, posting to his Facebook page that “the shipment of eastern vaccines is continuous […] 680 thousand doses are arriving within the next two weeks.”

By March 8, more than 650 thousand vaccinations had occurred with Pfizer-BioNTech’s vaccine, while roughly 20 thousand took place with Sputnik V. Furthermore, Hungary has ordered and received significantly more of the German and American producers’ vaccine than it has the Russian one. 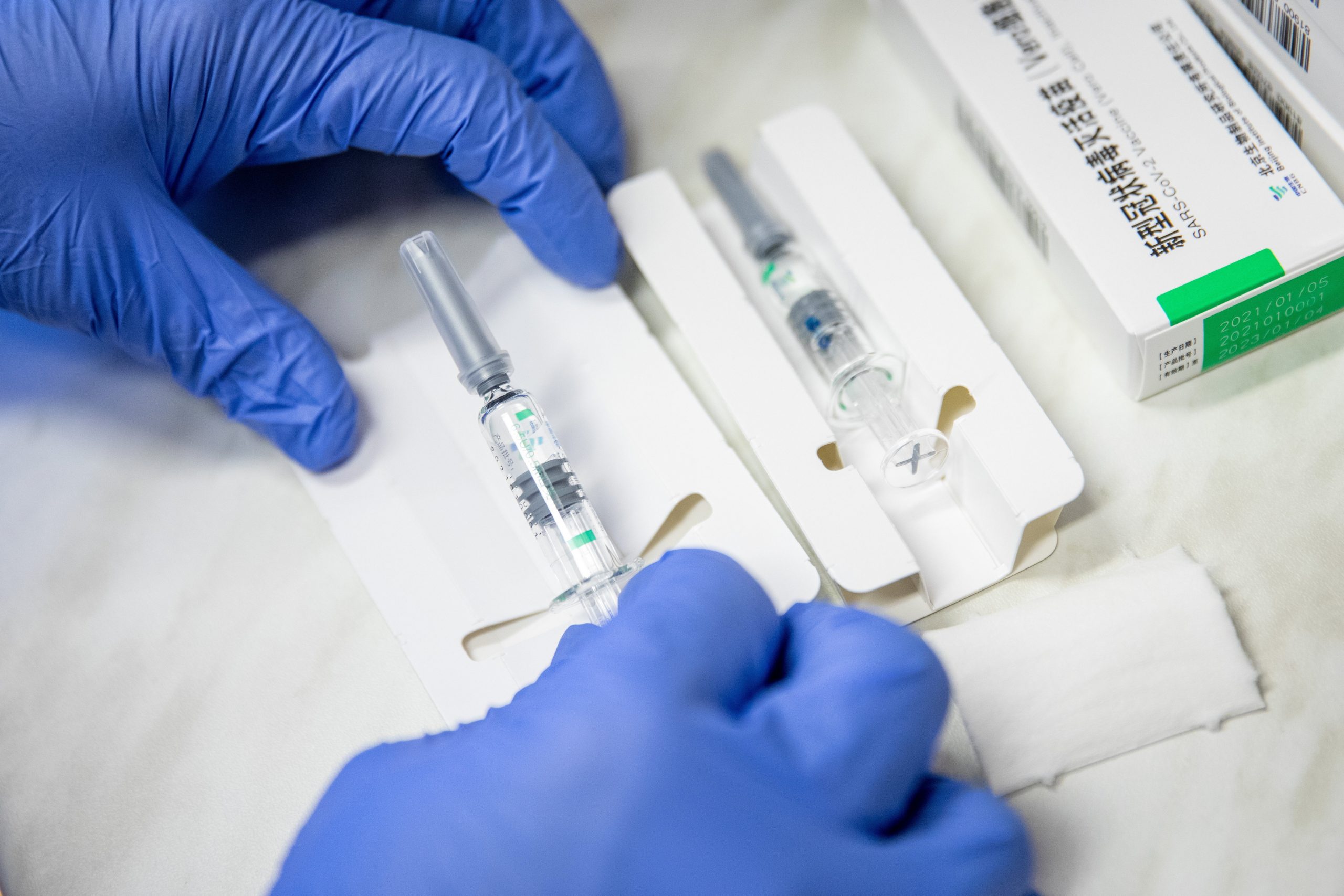 It should also be noted that the Hungarian government has continuously followed oncoming Chinese and Russian vaccine shipments, while Pfizer-BioNTech arrivals have been given noticeably less media coverage ever since contracts were signed with Chinese and Russian manufacturers.

Aside from Minister Szijjártó, Minister of the Prime Minister’s Office Gergely Gulyás and rector of Semmelweis University and PM Orbán’s advisor Béla Merkely have also been publicly vaccinated with the Russian vaccine.

Merkely was vaccinated with Sputnik V back in February, when he said that leaders and staff of Semmelweis should demonstrate the safety and effectiveness of vaccinations through leading by their own example. 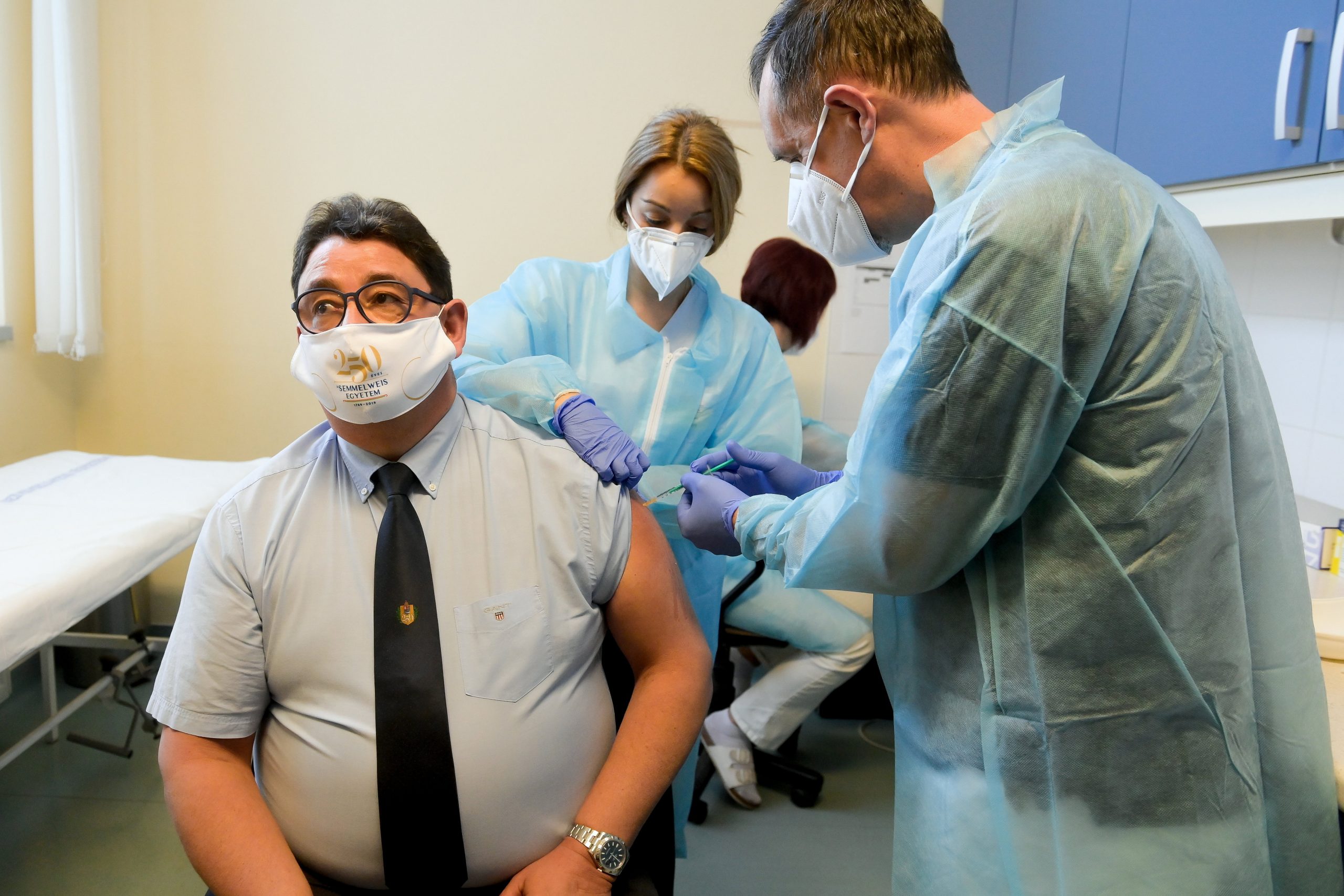 Sputnik V is currently being analyzed by the European Medicines Agency and may soon be authorized in the Union. Furthermore, an article by the Lancet, a trusted pharmaceutical source, has concluded that the Russian vaccine is safe and effective.

Although the Hungarian government has repeatedly stated that “vaccine procurement is not a political issue,” it seems that in the case of Sputnik V (and Sinopharm), the issue does have a connection to diplomatic relations.