Hungary To Spend €332 Million On Palace And Castle Renovations

Almost 100 billion forints (EUR 332m) are being made available for the renovation of castles and palaces around the country, the head of the Forster Centre, which is coordinating the projects, said. Attila Sághi told public news channel M1 that the Hungarian government had already approved the renovation programme and allocated funding for preparations. About 33 billion forints of the programme money will come from European Union funding, he added.

The programme includes the renovation of 35 palaces and 28 castles. Sághi said the Forster Centre had checked about 300 buildings on and around Budapest’s Andrássy Avenue, a UNESCO World Heritage site, and found serious problems with 26. The centre is making recommendations for those properties under state ownership and offering technical and legal assistance for those that are privately owned, he added.

Earlier this week it has been also announced that the reconstruction of the mediaeval castle at the village of Hollókő in northern Hungary had been completed and is now open to visitors. Open days will be held in the newly-renovated castle this weekend to welcome visitors in the village in Nógrád county, which has been a UNESCO world heritage site since 1987, the director of the company responsible for the castle’s maintenance said. 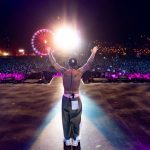