On Friday morning, in the framework of the project dubbed ‘Running Out Of Fingers,’ US company Rocket Lab’s Electron rocket was successfully launched and reached space. More importantly, with two Hungarian nano-satellites on them, the second and third Hungarian-made ones after MaSat-1 back in 2012.

According to Index’s report, the two Hungarian nano satellites, SMOG-P and ATL-1, “travelled” on Scottish company Alba Orbital’s Albapod v2 satellite platform, which together with a Japanese satellite were taken into space by the aforementioned Electron rocket.

Both satellites were developed and built by students and professors of the Budapest University of Technology and Economics (BME). While SMOG-P is sized a PocketQube (1PQ) unit, that equals 5×5×5 cm, ATL-1 is twice that size being 5 × 5 × 10 centimeters (2 PQ). In addition, SMOG-P could become a pioneer, as to this date, there haven’t been any successful satellite missions of that size. In an earlier tweet of Alba Orbital, the two Hungarian satellites on the Albapod v2’s launcher rail can easily be spotted:

SMOG-P and ATL-1 would be the second and third indigenous Hungarian satellites, after that MaSat-1, a 1U CubeSat-type satellite, also developed and built by BME, launched in February 2012. Hungary’s first satellite, having successfully completed its mission, was destroyed in January 2015 after entering the Earth’s atmosphere. 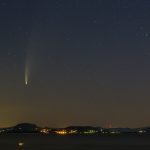 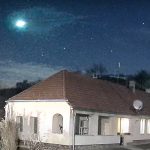