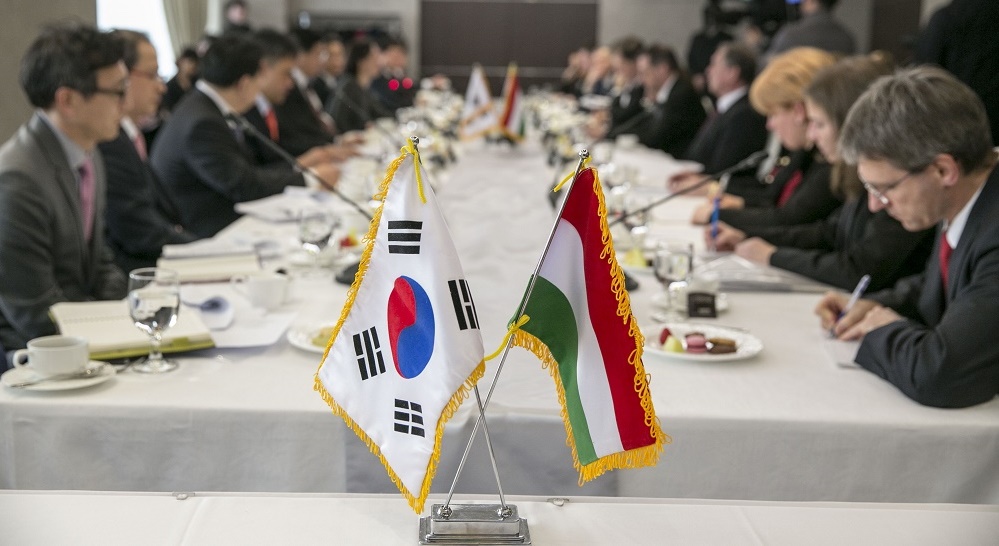 The second meeting of the Hungarian-South Korean Joint Economic Committee took place in Seoul on Thursday. Ways to expand bilateral economic ties were discussed at the meeting, Hungarian economy minister Mihály Varga said, according to a statement released by his ministry. About 40 South Korean companies, among them Samsung and a number of its subsidiaries, operate in Hungary. Together, they employ almost 25,000 people.

The sides agreed that significant development can be expected in the food, automotive, machinery, biotechnology, healthcare, electronics, scientific technology and tourism industries, Mihály Varga said. An agreement was signed between the economy ministry and Korea’s Small and Medium Business Administration on fostering ties between SMEs in the two countries. Others were signed on cooperation between Hungary’s state tourism agency Magyar Turizmus, the Korea Tourism Organisation and the Korea Association of Travel Agents, he added.

Varga told news agency MTI by phone that the two agreements signed by Magyar Turizmus could significantly boost the number of Korean visitors to Hungary. Last year, 120,000 Korean tourists came to Hungary to spend far more than the average foreign visitor, he said. The head of the Korea Tourism Organisation believes the number of Korean tourists to Hungary could double or triple in the coming years. Plans to launch a direct flight between Budapest and Seoul support a pick-up in tourism, Varga said. Hungary’s Eximbank has opened a more than 500 million euro credit line to Hungarian SMEs that want to export to South Korea, he said.

Meanwhile Budapest’s Semmelweis University and South Korean medical equipment maker Samsung Medison have signed an agreement on establishing a training centre at the Hungarian university. Under the agreement signed by Semmelweis University rector Ágoston Szél and Samsung Medison executive vice president Wayne Spittle, the institution to be set up at Semmelweis University will serve as the South Korean company’s regional training centre for central and eastern Europe. The institution will provide training in modern diagnostic procedures using the company’s latest imaging technologies to medical students and graduates.