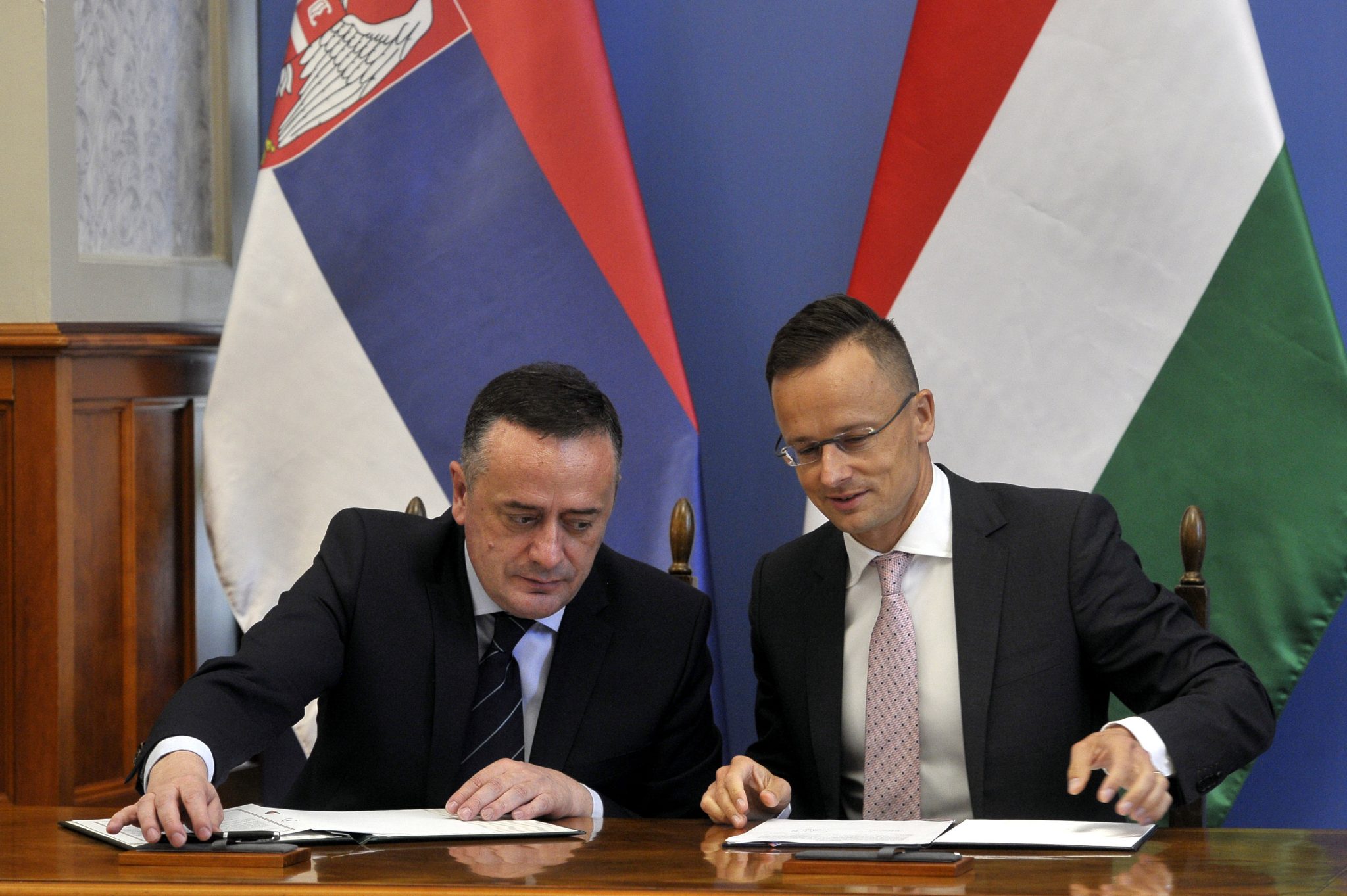 Hungary and Serbia on Friday signed an intergovernmental agreement to cooperate on the construction and operation of a gas interconnector.

Speaking to reporters after signing the pact in Budapest with Serbian Minister of Energy and Mining Aleksandar Antic, Hungarian Foreign Minister Péter Szijjártó said the security of gas supplies was a strategic and national security matter.

Bids for the reservation of capacities in the Serbian-Hungarian pipeline will be invited in September, he said, adding that the maximum capacity of the new line will be 10 billion cubic metres. The size of Hungary’s investment in the project will depend on the capacity reservations made by the various gas companies, Szijjártó said.

The bidding process will last until the end of September, followed by the signing of gas trade contracts, he said. Construction on the pipeline is scheduled to start next summer and the project is estimated to be completed by the end of 2021, the minister added.

Szijjártó noted that Russia and Ukraine have yet to sign a new gas transit deal for 2020.

Meanwhile, he said, Hungary’s allies were also taking too long to make the decisions that would allow the country to import gas from new sources.

Szijjártó said Hungary’s most realistic option of a new gas supply route was the Turkish gas transport corridor passing through Bulgaria and Serbia.