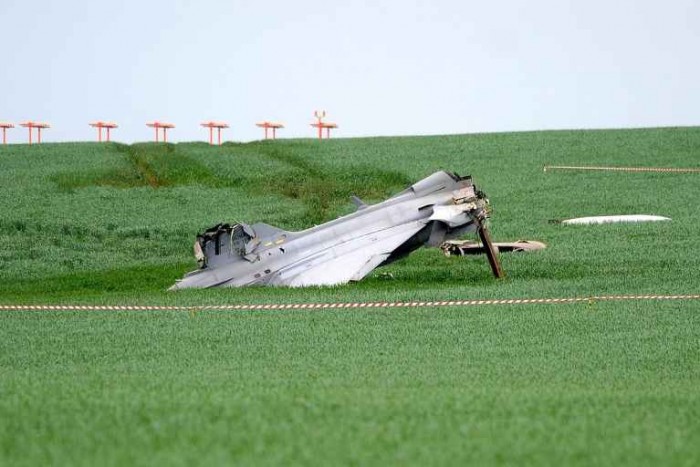 Hungarian experts have joined their Czech counterparts for an investigation of a Hungarian Gripen that overran the runway at Cáslav military air base in the Czech Republic on Tuesday. Magdalena Dvorakova, a spokeswoman for the Czech general staff, said that an eight-member Hungarian team had joined the investigation carried out by Czech experts.

The Hungarian defence ministry said just after the accident that the pilots, carrying out protocols usual for such cases, successfully ejected and were unharmed. The Czech-Hungarian-Swedish military exercise Lion Effort 2015 has been suspended for the time of the investigation. The air forces of all three countries use JAS-39 Gripen fighters. The cause of the accident is not yet known but experts said it was either the pilots’ fault while landing or braking or a technical error. The fighter which stopped a few hundred metres from the edge of the runway on a piece of farmland has been severely damaged in the front and also in the rear.

Spokesman of Cáslav airport Tomás Maruscák said that according to unofficial expert opinions, the fighter is beyond repair. The damage has been partly caused by the aircraft colliding with antennas on the edge of the runway, he added. Saab’s media relations manager Helene Lindstrand said there were rigorous systems in place concerning flight safety and the responsible authorities would carefully analyse the reasons. “If Saab is asked by authorities, we will naturally be available to contribute with facts and documentations. At this stage, Saab does not comment on the investigation”, she said. 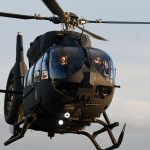 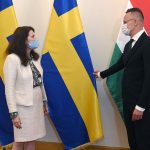