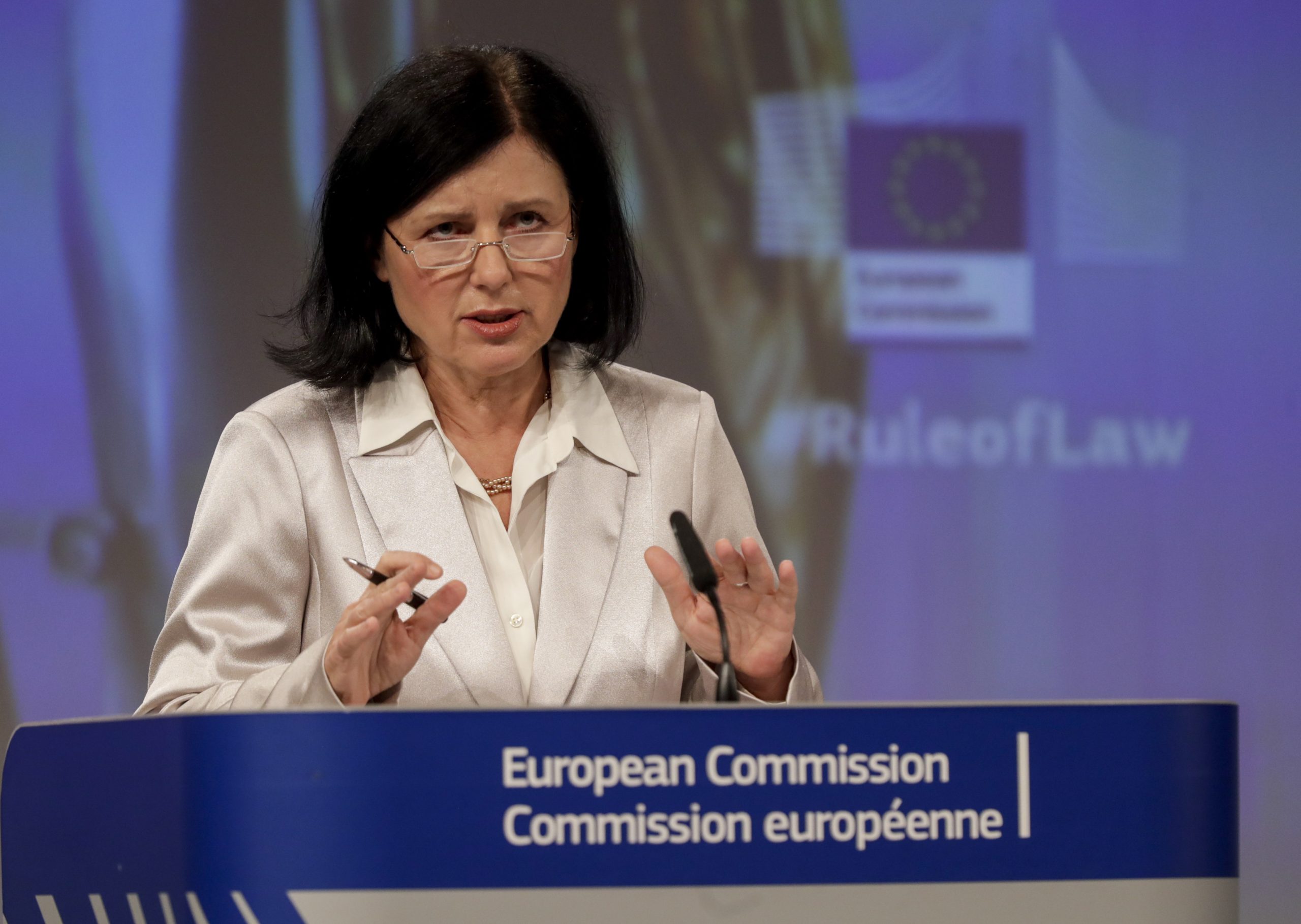 Hungary could potentially face the blockage of substantial funding from the European Union if it does not respect the EU’s Rule of Law Mechanism, says Věra Jourová, Vice President of the European Commission for Values and Transparency. The commissioner commented on what she believes is both Poland and Hungary’s disregard for the mechanism in an interview with Der Standard, on which leftist daily Népszava conducted a press roundup.

Jourová said that it should be Hungarian and Polish citizens providing clarification to the rule of law debate, at polling booths.

The commissioner said that Brussels will not back down from holding back significant sums of money from Budapest and Warsaw, if they break European norms.

Věra Jourová’s job as Vice President of the European Commission for Values and Transparency is to check whether states have functioning judiciaries, whether citizens have rights appropriate for a democracy, and whether the state’s judiciary is politically manipulated or not.

Jourová is well known in the Hungarian press over her comments regarding Hungary’s democracy and rule of law. In the past, Hungarian officials have even asked her to resign.

Zoltán Kovács, the state secretary for international communications, called for the resignation of European Commission Vice-President Vera Jourova on Friday, over her recent comment in connection with EU funds. The state secretary reacted to a series of tweets by the vice president for values and transparency in which she said it was the “bare minimum” […]Continue reading

Rule of Law in Hungary: Democracy or Not?

The Czech politician said the Hungarian situation is different from the Polish one. According to her, prime minister Viktor Orbán has broken democracy down in small steps, in terms of the judiciary, the media, and minority rights.

Jourová believes following the Capitol Hill riots that something similar could very well happen in Europe, especially if certain leaders interpret the constitution however they see fit.

Commenting on recent remarks by Vera Jourova, vice president of the European Commission for values and transparency, according to which Hungary would be punished by blocking funds if it fails to act in line with rule-of-law principles set out by the EC, Head of the Prime Minister’s Office Gergely Gulyás said Jourova was unfit for her job because she “hates Hungary and Poland” and was unable to form objective opinions.

Jourova’s remarks violated her obligations as set out in the Lisbon Treaty, and the EC president had been asked to replace her, Gulyás believes. He added that “A commissioner who has spent time in pre-trial detention in connection with corruption could be expected to show greater restraint.”