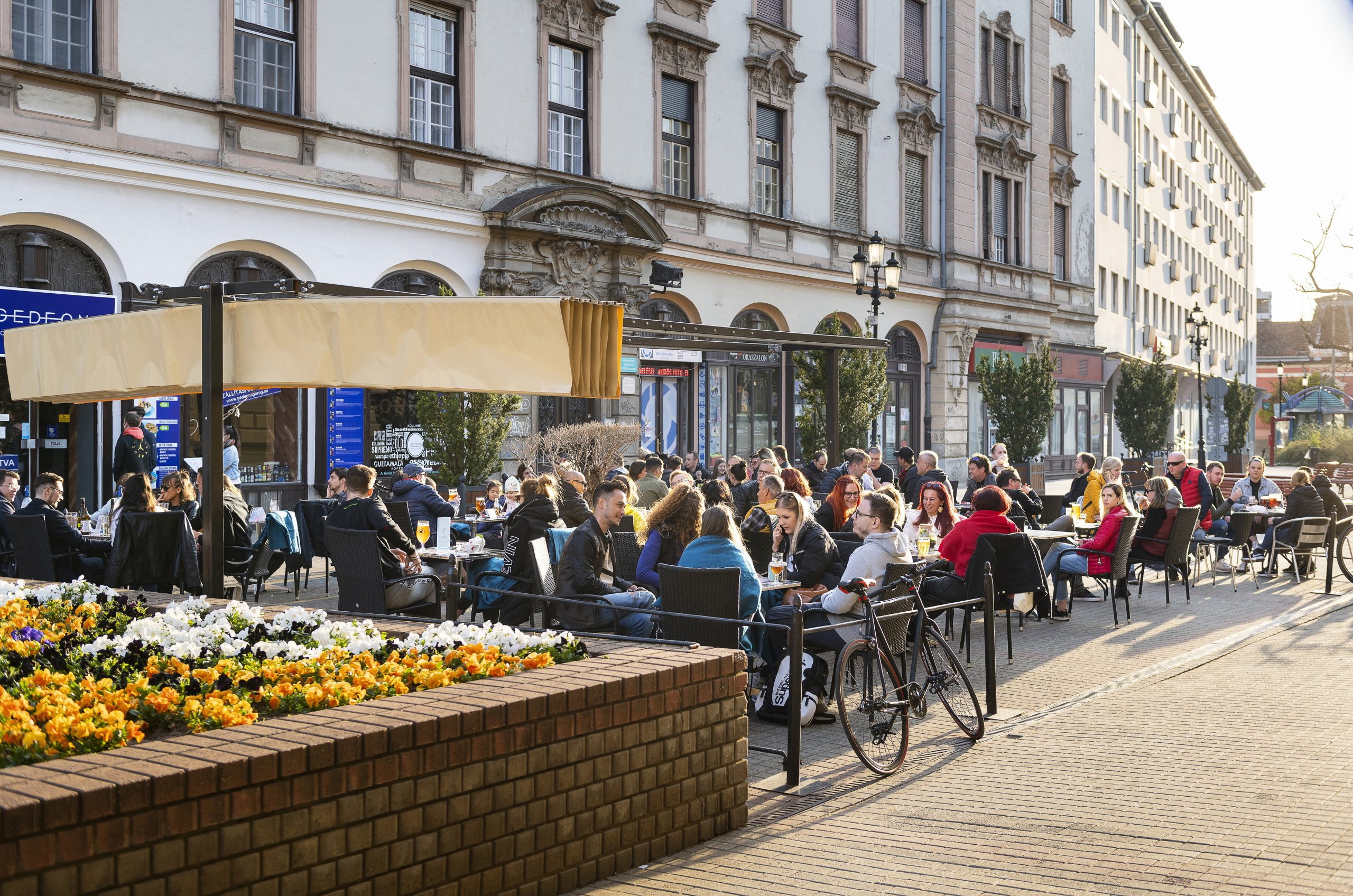 As the number of individuals who have received at least the first dose of the vaccine passed 3.5 million, the government reopened open air bars, restaurants and cafes on Saturday. Over the first weekend of partial reopening, large crowds gathered in downtown Budapest where streets and café terraces overflowed with young people.

On Mandiner, Milán Constantinovits cautions against carelessness in social interaction. The conservative commentator fears that young people who gather and party without masks may jeopardize the fight against the pandemic. Piecemeal reopening assumes that individuals are capable of responsible and cautious behaviour, Constantinovits warns, adding that the opposition should stop what he calls ‘anti-vaccination agitation’.

Népszava’s Miklós Hargitai deems the reopening too early and irresponsible. The left-wing columnist recalls that only 1.5 million individuals have so far received both jabs. Hargitai contends that the Prime Minister wants to divert attention from his previous failures in the epidemic emergency by claiming success with an early reopening. Hargitai takes it for granted that the expedited reopening will trigger another wave of the epidemic. In such an eventuality, he concludes, the Prime Minister would be personally responsible for the unnecessary but unavoidable deaths which would follow.