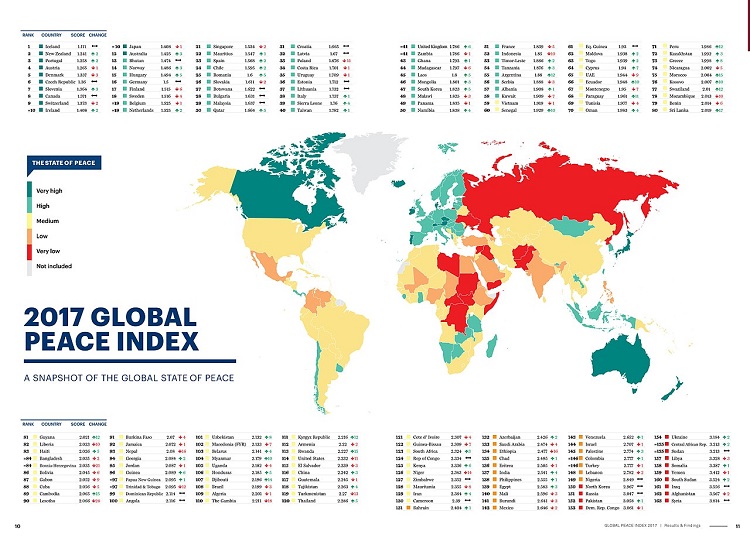 According to the Global Peace Index[1] (GPI – yes, there is such a list), in 2017 Hungary rose to number 15 in the world, which is a very commendable position indeed out of the 163 countries that are classified. Iceland continues to be No. 1 on this list, a position it held since 2008. It is joined by New Zealand, Portugal, Austria and Denmark in the top 5. The Czech Republic, Slovenia, Canada, Switzerland and Ireland follow. Ahead of Hungary were also Japan, Australia and Norway.

However, what is most surprising (to me and other friends I spoke with) is that the United States, which criticizes Hungary and many other countries for corruption and for being on the wrong political course, is only 114th according to the Global Peace Index. What this essentially means is that the U.S. has lost all legitimacy in telling others how to run their societies! Other countries that so far have encouraged immigration as a way to “improve” their economies include such formerly stable nations such as Italy (No. 38), the United Kingdom (No. 41) and France (No. 38). Even Germany and Belgium are now behind Hungary on the global peace index. Syria remains to be the least peaceful country in the world, followed by Afghanistan, Iraq, South Sudan and Yemen.

There was another recommendation for Hungary as one of the safest places for tourists by the Foreign and Commonwealth Office of Great Britain, which had a list for the safest recommended holiday destinations to visit in 2017 and Hungary was No. 9 on this list.

Even renowned actors, such as Tony Curtis, Tom Hanks, Brad Pitt and Angelina Jolie, as well as Matt Damon considered Budapest a “walkable”, “liveable” and totally safe city, even at night. Even better, Harrison Ford biked around the entire country by himself stopping freely at unknown villages and pubs throughout.

What everyone wants to know why Hungary is considered to be a “safe” and “peaceful” country nowadays, a place in Europe where even the hands of terrorists have not been able to penetrate so far. Well, here are some of my reasons:

There is an old U.S. saying: live and learn! Even some leading western democracies can learn from Hungary with respect to how to build a more peaceful and safer society. We have listed a number of reasons why Hungary is a peaceful and safe country today. The only mitigating factor we sometimes forget is ourselves. We still have not fully learned to adopt the win-win approach in our society. To enhance our economy and build a more equitable and more prosperous society, we need to understand that helping others may help all of us. We need to be a more inclusive and cooperative society when it comes to helping each other! 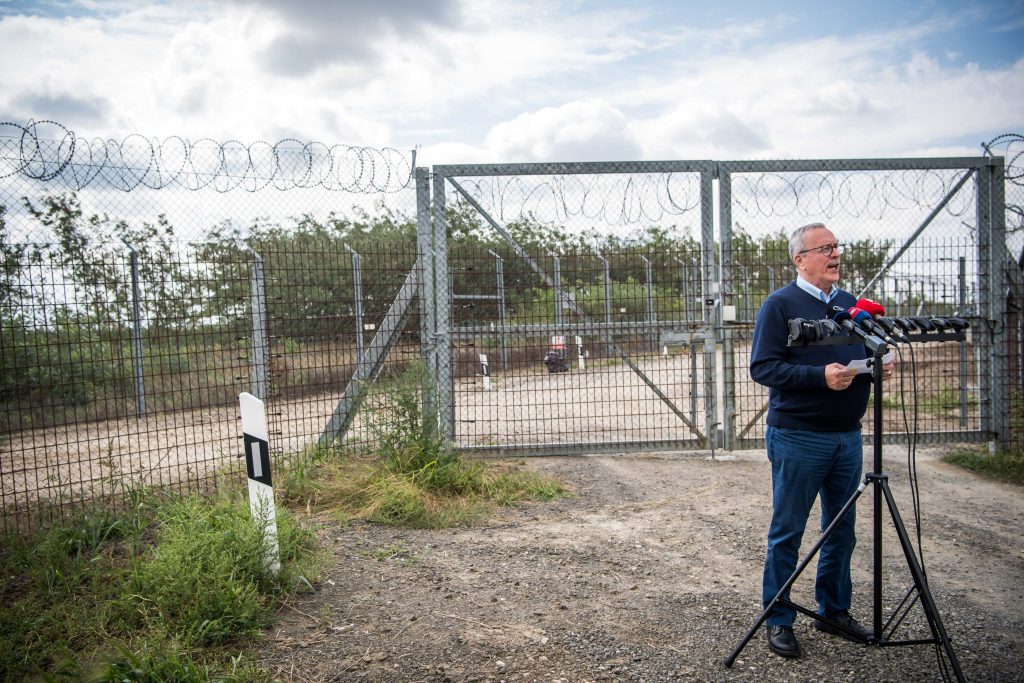 Hungarian border police have stopped 4,200 migrants who attempted to illegally enter the country since January 1, 1,000 more than during the first two weeks of last year, the prime minister’s chief security advisor said on Friday evening. Most of them are helped by people smugglers, but there have been instances when the migrants made […]
MTI-Hungary Today 2022.01.15. 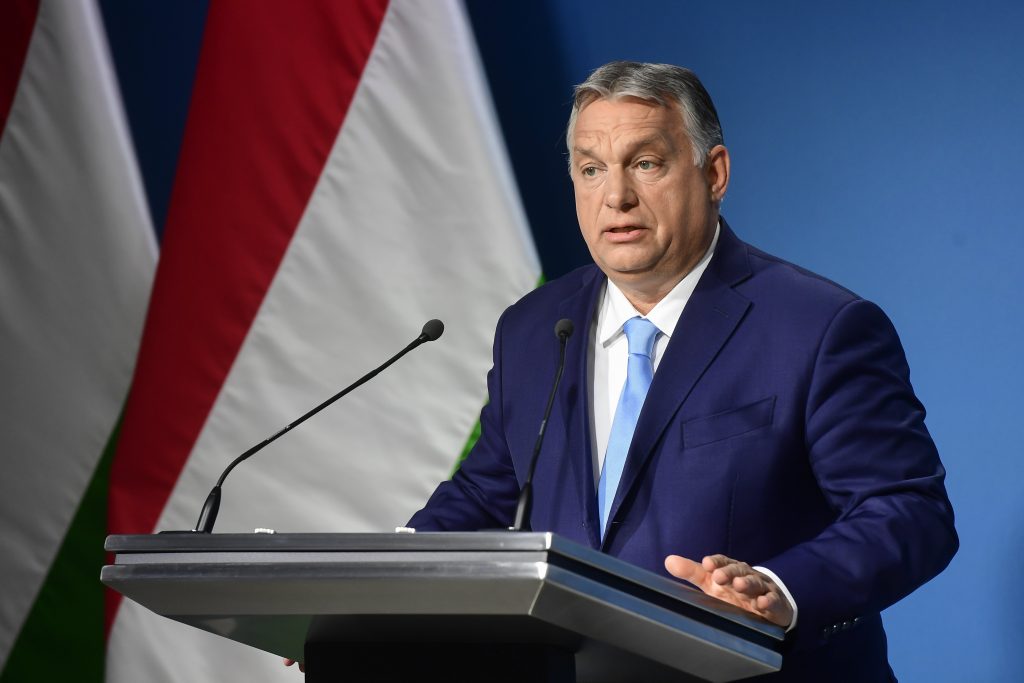 Some governments, including that of Viktor Orbán, are allegedly employing one of the most powerful surveillance tools ever created to silence political opposition. Pegasus, a software created by Israeli company NSO Group, can break into billions of phones around the world, allowing practically full surveillance of targets without them even clicking on a suspicious link. […]
Tamás Vaski 2021.07.19.