Hungary Qualifies to Elite Round at U17 UEFA Championship 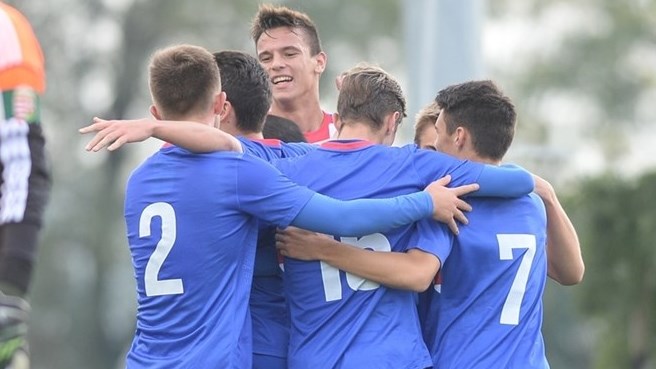 Croatia defeated Hungary 2-1 on the final day of action in UEFA European U17 Championship qualifying round Group 7 to top the section and book an elite round place along with their opponents, with Israel left waiting to see if they will join them.

Hungary started off the group stage with a victory, as Attila Szalai converted a 26th-minute penalty. Hungary booked progress two days later as they beat Kazakhstan 1-0 with an own goal against opponents who ended down to ten men.

Croatia, on the other hand, were thwarted in their attempt to join Hungary on matchday two as they drew 0-0 with Israel. Hungary needed just a point against Croatia to win the group but fell behind to a Lovren strike and were undone by Luka Pasariček’s 68th-minute winner after Bence Szabó had equalised. That result ended Israel’s hopes of finishing in the top two, despite Liron Glat’s charges signing off by beating Kazakhstan 6-0.

Israel will be hoping they can still advance as one of the five third-placed teams with the best record against the leading pair in their section.