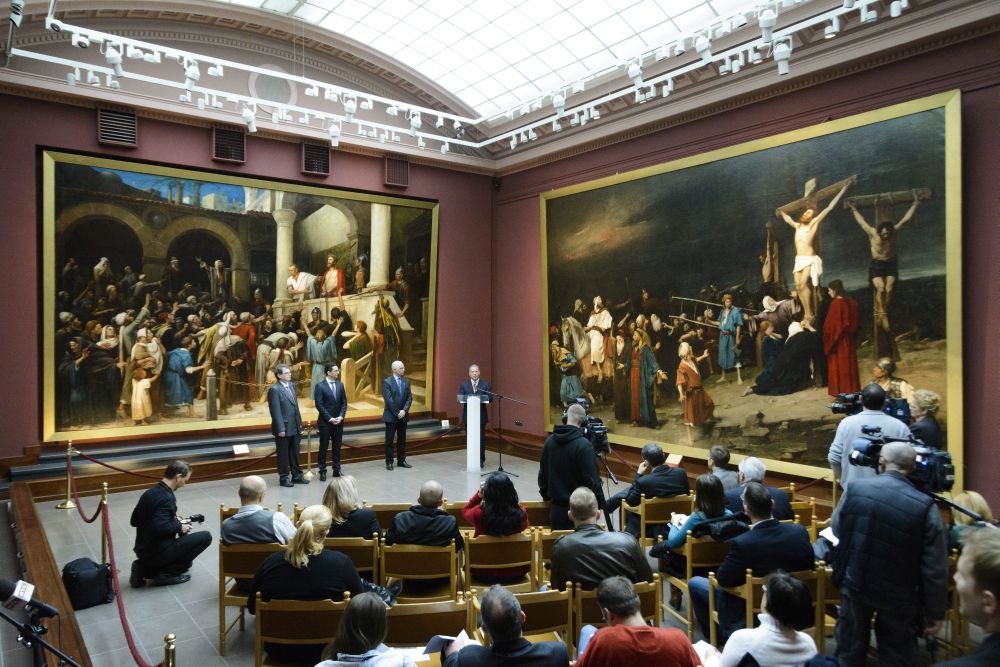 The Hungarian state has purchased “Christ Before Pilate”, the 1881 painting by Mihály Munkácsy (1844-1900), one of the country’s most famous painters. The acquisition of the picture from the Canadian Hamilton Gallery means that the famous Christ Trilogy will be visible in its entirety in the city of Debrecen soon, Minister of Human Resources Zoltán Balog said at a press conference held in Hungary’s second city on Thursday.
Mr. Balog said that after the Hamilton Gallery’s board of directors approved the sale of the Munkácsy painting, its price was covered by the National Bank of Hungary’s cultural heritage programme. The contract on the purchase of the artwork will be signed in late March, he added.
Two pieces of the trilogy – Calvary and Ecce Homo – are currently on show in the Déri Museum’s Munkácsy Hall, with the place of the third, monumental picture being left unoccupied since it was taken down last year.
While Mr. Balog refused to disclose the price of “Christ Before Pilate”, he said that the Hungarian state is also planning to purchase “Calvary”, currently owned by New York-based Hungarian art collector Imre Pákh. László Baán, director of Budapest’s Museum of Fine Arts, has been commissioned by the minister to negotiate the purchase of the picture with Mr. Pákh, who said in an earlier statement that the trilogy should be kept complete and remain in Debrecen.
The people of Debrecen have been waiting for this announcement for a long time, mayor László Papp said, adding that the trilogy’s fate has become a national cause over the years and expressed his hopes that negotiations with Mr. Pákh will be sucessful and the three pictures will remain together in the future.
The series, portraying the life of Jesus, was put on show for the first time on 25 August 1995. Extraordinarily, even Munkácsy himself never saw his three monumental Biblical works in a common exhibition space.
via mno.hu
photo: MTI/Zsolt Czeglédi 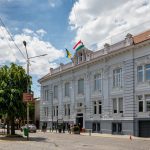 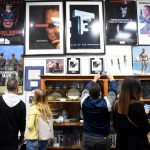