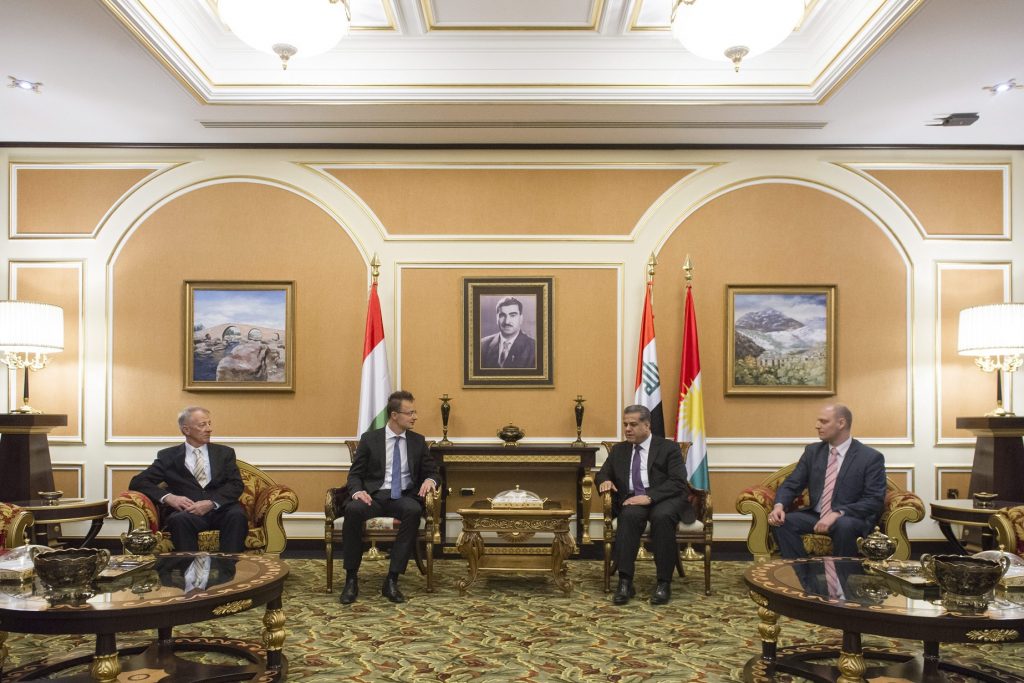 Hungary will initiate that the European Union should provide USD 300 million in support for Iraqi Kurdistan to finance its migrant services. In the absence of such a step, two million people, who have found refuge there, are expected to set off for Europe in the near future, the country’s foreign minister Péter Szijjártó said in Erbil, in northwestern Iraq, after talks with President of Iraqi Kurdistan Masoud Barzani and the region’s defence minister and foreign minister.

Mr. Szijjártó told the state news agency MTI that he would submit the proposal at the next meeting of EU foreign ministers and internal ministers in Luxembourg on 8 October. Mr. Szijjártó said he will initiate for representatives of Iraq and the Kurdistan region to be invited to the next conference on migration and the Western Balkans route to be attended by the EU member states, the Western Balkan countries, Turkey, Jordan and Lebanon. The minister said the reason for his visit to the Kurdistan region was that a significant number of migrants who enter Europe come from Iraq, adding that migrants from Iraq submitted the fourth highest number of asylum requests in Hungary.

He said the crisis in Iraq is the second most severe humanitarian crisis in the world behind that of Syria, adding that Iraq gets the lowest amount of international aid in proportion to the magnitude of the crisis. He said some 8 million people in Iraq are in need of humanitarian aid, 4 million of whom are internal refugees. “If the economic and security situation continues to worsen, these refugees will set off for Europe,” Szijjártó said. Szijjártó said he and Barzani agreed that the solution to the migrant crisis lies outside Europe and that its causes need to be eliminated. They agreed that the Islamic State militant group needs to be stopped and that the Middle East has to be stabilised.